5 Star Wars Legends Characters Who Should Appear In Canon

Disney Alderaan'd a lot of quality content in one fell swoop. 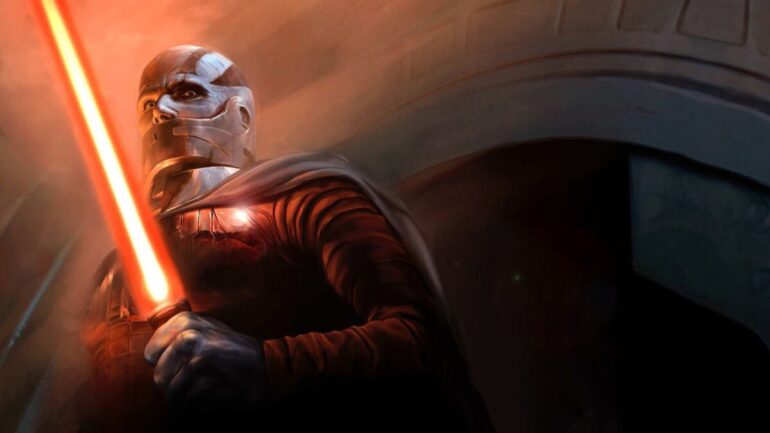 Before it was retconned by Disney in 2014, the Star Wars Expanded Universe was home to some truly weird and wonderful characters. And while many individual characters from the original EU have already been introduced into Disney’s newly established canon, there are still countless others which have yet to make their canon debut. So I decided to tap into the vast depths of the Expanded Universe to present five of our favourite characters who I believe should be used by Disney in new Star Wars stories.

Like all great fictional characters, these five are all unique and flawed in their own ways, giving them a sense of realism despite originating from a galaxy far, far away. Which is why I believe they would be ideal candidates to appear in new Star Wars stories, although only time will tell if this comes to pass.

It would be especially cool to see these characters on the big screen in future films, because the huge budgets and resources which Disney use on Star Wars movies would really help to bring them to life onscreen. As would the vigorous casting process the studio goes through to ensure that only the most suitable actors are chosen for their roles.

At the same time, it would also be great for the five characters I listed to be reintroduced into new print stories, especially given the vast amount of new Star Wars books and comics being released these days. So if you agree with my list, I suggest you keep an eye on new Star Wars stories from this point to see if any of them ever do show up in canon.

While there have been countless mercenaries introduced in Star Wars stories over the years, Durge stands out from the crowd due to his unique backstory as an insane and almost unkillable warrior. A member of the seemingly immortal Gen’Dai species, Durge’s body consisted of bundles of nerve clusters, meaning he could recover from almost any injury and was almost immune to ageing. And while the Gen’Dai were generally a peaceful species, Durge was rotten to the core, and would often participate in conflicts simply because he enjoyed bloodshed rather than because he believed in the cause.

After being captured and tortured by the Mandalorians for several decades, Durge emerged during the Clone Wars, where he sided with the Separatists and wreaked havoc on Republic Forces. As he was devoid of any form of moral compass, Durge was certainly an opponent to be feared on the battlefield. He was even considered to be the Supreme Commander of the Droid Army, but Count Dooku ultimately chose the (slightly) less psychotic General Grievous for this position. Anakin Skywalker eventually managed to kill Durge by firing him into a star, and the galaxy no doubt breathed a sigh of relief at the news of the dreaded Gen’Dai’s life of cruelty and destruction finally coming to an end.

After his initial appearance in the now-retconned 2003 Clone Wars cartoon, Durge went on to make frequent appearances in Star Wars literature, but so far, has never appeared in canon. With Disney allowing for darker Star Wars stories to be told on the printed page, I would love to see this mentally unstable mercenary with Wolverine-style healing abilities making a comeback. Especially since when he was fully suited up in his decorated armour, Durge was undoubtedly one of the coolest looking characters from the Expanded Universe. It’s also worth mentioning that because his species lived for thousands of years, Durge was the only character to have served in both the New Sith Wars and the Clone Wars, and that in itself is a cool enough distinction for me.

Due to their immense weight and mass, you wouldn’t normally think of Hutts as being Jedi material, but nonetheless, a small handful of Hutt actually did join the ranks of the Jedi Order in Legends stories.

One such Hutt was Beldorion, who even managed to become a skilled lightsaber duelist despite his immense size. Although he was viewed as a wise and powerful Jedi who fought to maintain peace across the galaxy, Beldorion unfortunately fell to the Dark Side and proclaimed himself as the ruler of the isolated planet of Nam Chorios. Having long abandoned the idealistic values of the Jedi by this point, Beldorion ruled the planet as a ruthless and greedy dictator for a number of years, before Princess Leia, who became a Jedi in Legends, eventually ended his reign of terror by slaying him in a lightsaber duel, restoring democracy to Nam Chorios in the process.

The failure of Solo: A Star Wars Story killed any chances of a sequel, so we’ll probably never get to see Han’s early career working as a smuggler for Jabba the Hutt onscreen. But when Hutts inevitably appear in future Star Wars films, I think Beldorian would be a great choice. His sad fall from grace from being a noble Jedi to a foul dictator makes him one of the most notable, tragic heroes in the Star Wars universe since Anakin Skywalker. And it would also be pretty cool to see a Hutt wielding a lightsaber.

During the late 1990s, Lucasfilm decided to cash in on the immense popularity of the Goosebumps franchise with a series of Star Wars novels called Galaxy of Fear, which were basically Goosebumps stories set in the Star Wars galaxy. The books focused on two Force-sensitive children named Zak and Tash Arranda, who found themselves in the care of a mysterious scientist named Mammon Hoole after the destruction of their homeward of Alderaan.

Hoole was a member of the mysterious shape-shifting species known as the Shi’ido, and he found himself, along with the two Arranda children, making a series of terrifying discoveries as they travelled the galaxy throughout the course of the twelve books. We also learned that Hoole originally worked for the Empire and even participated in research to develop superweapons, before his consciousness got the better of him and he decided to dedicate his life to making amends for the sins of his past.

Hoole was presented as a very cold and methodological character, and while he rarely joked or smiled, readers learned that he cared deeply about Zak and Tash, and would even risk his life for them. His shapeshifting abilities allowed him to change his size and mass as well as his appearance, so unlike other changelings found in the Star Wars universe (such as the Clawdite species introduced in Attack of the Clones), Hoole could morph into everything from a tiny mouse to a hulking bantha.

However, due to his reserved personality and his cold demeanour, he only used his abilities when absolutely necessary instead of showing off, and he could also be a fierce warrior when he needed to be. He even stood up to Darth Vader on numerous occasions, making him one scientist you would not want to double cross. So with his incredible shapeshifting powers, his brilliant scientific mind, and his determination to do the right thing no matter the cost, Hoole is one character who would fit in perfectly with Disney’s new canon.

Human Replica Droids were scarce throughout the Star Wars universe to the point where some even viewed them as nothing more than a myth. Which is why Guri is such a fascinating character. Despite appearing as a beautiful, intelligent human woman with a cold and calculating demeanour who worked for the criminal organisation known as Black Sun, she was later revealed to be a droid who had been sworn to a life of servitude to Black Sun’s current leader, the Falleen Prince Xizor. However, anyone who spent enough time in Guri’s presence would have noticed signs that she was not human, such as the fact that she was impossibly strong or that there was just something about her which made even the mighty Chewbacca feel uneasy.

After the defeat of Xizor and the fall of the Empire, Guri seeked out her original creator and asked him to reprogram her, as she wished to leave her violent life behind. He obliged, and Guri then abandoned her old ways and started a new life of peace, although she did occasionally participate in covert missions for the New Republic. So if Disney ever decides to tell a Blade Runner-esque story within the Star Wars universe, they already have some great source material from the stories in which Guri appears.

One of the most recognisable characters from the Expanded Universe is the Sith Lord Darth Malak, who served as the primary antagonist of BioWare’s Knights of the Old Republic game. After his homeward of Quelii was attacked by the Mandalorians, Malak was evacuated to Coruscant, where he was trained as a Jedi.

His lust for vengeance soon got the better of him, however, and he abandoned the Jedi and waged a murderous crusade against the Mandalorians, which slowly turned him to the Dark Side as he embraced his anger and hatred. So it probably wasn’t a huge surprise when Malak completely abandoned the teachings of the Jedi and joined the ranks of the Sith (the Rule of Two had not been established by this point), and, along with his Master, Darth Revan, Malak would then then go on to declare a full scale war against both the Republic and the Jedi Order, with the ensuring conflict becoming one of the most destructive wars of the Star Wars universe until the Clone Wars was waged several millennia later.

Like Vader, Malak was also hideously deformed, as he was forced to wear a prosthetic jaw after a lightsaber strike to the face. Also like Vader, Malak wasn’t truly evil, but had instead been corrupted into committing foul deeds, making him a deeply complicated and conflicted character. When Disney eventually explores the Old Republic in future Star Wars stories, let’s hope they use this already iconic villain as their primary antagonist.

READ NEXT: 16 Best Star Wars Games Ever Made