5 Hip-Hop Concerts To See In Toronto In Spring 2018 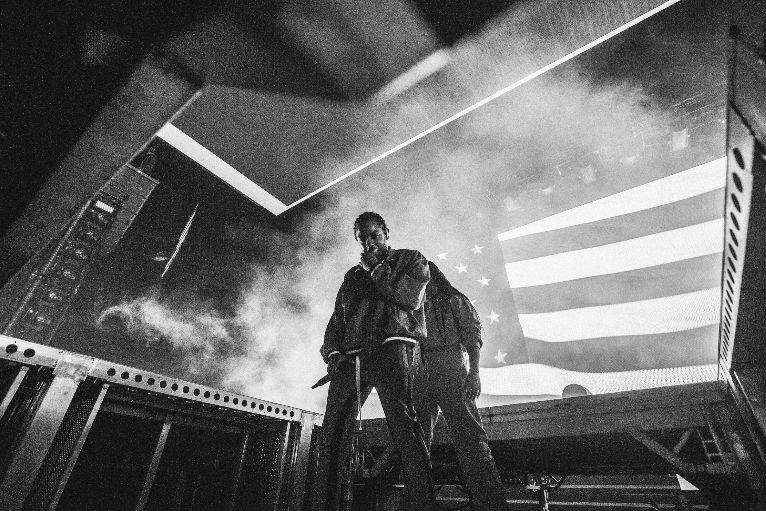 It’s officially spring, and that time of year when concerts in Toronto start to pick up. In anticipation of all the artists on tour coming to perform in the city, we’re taking a look at the top five shows (in chronological order) to check out before the the full wave of summer comes.

Toronto legend Saukrates is going to be busy during the months of April and May, as he is set to embark on two tours simultaneously throughout Ontario and the GTA. Having released his new album Season 2, as well as a digital re-release of his 1999 album The Underground Tapes last year, Sauks is going to be touring to promote his new releases along with Guelph’s own Robbie G. At the same time, he’ll be joining the Connect The Dot team as they embark on their competitive tour to find the best local MCs in the GTA. After crowning the 2017 champion Saipher Soze back in January, Saukrates will be leading the panel of judges for the entire 2018 tour.

There will be plenty of opportunities for Toronto fans to see Saukrates perform live in an intimate setting, and support their local artists, as Sauks will be hitting Nocturne Nightclub on the Season 2 Tour May 10th, and Revival Bar on the Connect The Dot Tour May 18th. Not to mention all the tour stops surrounding the city in between, including Guelph, Oshawa, Newmarket, Niagara, and two stops each in London and Oakville.

Tickets and a full list of dates for the Season 2 Tour can be found here, and info on the Connect The Dot Tour (including how artists can compete) can be found on Facebook, here.

4. Jaden Smith – The Vision Tour at The Mod Club

From the day he was born, fans of Will Smith were waiting to see what his son Jaden would grow up to become. With both parents being prolific entertainers, his father being both a successful rapper and actor, Jaden has followed in their footsteps, going all-in on a music career after trying his hand at acting. Releasing his critically acclaimed debut album, 2017’s Syre, Jaden is now on his first ever headlining rap tour, making this the first time Toronto fans will ever get to see him perform live.

The Mod Club is a medium sized venue, but it will be a packed house with tickets already sold out. Fans still wanting to get in may have to pay a premium for second-hand tickets.

Canadian Music Week is a broad music festival featuring artists of all genres hitting Toronto’s clubs and concert halls, and of course they have to have a little hip-hop representation in the mix. Ottawa rapper Belly will be joining French Montana and an eclectic lineup of artists for the iHeart Radio FanFest, and there will be club shows throughout the week with Nate Husser, Jae Ari, Cupcakke and Lil Tracy, but the highlight for hip-hop fans has to be 2 Chainz returning to Rebel Nightclub after rocking the same venue last fall.

2 Chainz is set to cap off Canadian Music Week with a bang, coming off what many are calling his best album yet with 2017’s Pretty Girls Like Trap Music, and motivated to perform for Toronto at 100%, after being confined to a wheel chair at his last show.

Info and tickets for all shows during Canadian Music Week can be found here.

2. Joey Bada$$ – The Amerikkkana Tour at The Phoenix Concert Theatre

While Joey Bada$$ is touring across all of North America this spring, this show in Toronto should see him in redemption mode. He really let his Toronto fans down on last year’s tour, only giving a couple days’ notice with no explanation for not showing up to the already postponed show at Echo Beach. This time, he won’t have Logic co-headlining the tour with him, meaning the success of this show rests solely on his shoulders.

Most of the cities on this tour have likely already seen Joey Bada$$ perform the new songs off his critically acclaimed sophomore album, 2017’s All-AmeriKKKan Bada$$, but Toronto has been waiting for a long time to get this opportunity. With the Phoenix Concert Theatre stage all to himself, Joey Bada$$ is bound to put on an epic show to make up for last year’s missteps. He’s still one of the best and brightest MCs under the age of 30, and can put on one hell of a show when he actually shows up.

Tickets for this show can be found here.

This is one of the most anticipated concert tours of the year, period. Even before the astronomical success of Black Panther and the movie’s soundtrack curated by this team, seeing all of Top Dawg Entertainment’s artists perform together is something hip-hop fans have been dying to see. While Kendrick Lamar, SZA, Schoolboy Q, Jay Rock and Ab-Soul have all been on plenty of world tours as solo artists, it’s been an extreme rarity seeing all of them together on the same stage, at the same time, despite the heavy collaborations they all have together.

The timing is perfect, as you could argue that all of these artists are currently in their primes, with Kendrick Lamar well on his way to being one of the biggest names in hip-hop, ever, SZA racking up the Grammy nominations at the most recent awards, and Jay Rock, Q and Soulo all coming off arguably their best solo albums yet. While we have yet to see an entire Black Hippy album, maybe the success of this tour will eventually build towards that.

Retail tickets are scarce, but there are plenty of resale and platinum tickets selling at large premiums. They’re available here.