5 Benefits of Being an Everton Fan This Season

Everton’s efficiency at pissing it down the drain this season has been nothing short of phenomenal. Every time when they look like they’re coasting, they take it upon themselves to ruin the outcome, whether it’s by switching off and thinking of all the cool tweets they can send later or by being a temperamental Belgian.

The fans have seen a lot of heartbreak this season, which is only made worse by the talent in the squad. It’s become a cliche that this is the most talented team we’ve had in decades, but it’s absolutely true. The skill is there, the mental fortitude evidently is not, no more apparent than during the West Ham game. Everton contrived to lose from a winning position as soon as Lukaku missed a penalty and a sitter – I, probably like most fans, knew what was going to happen next.

It’s not all bad, though. No, really. There are some benefits and positives about being an Evertonian this season.

1. Releasing anger is good for your health

Studies show that holding in rage and anger can lead to serious health issues. It can cause serious harm to your heart and also possibly provoke a breakdown in fast food restaurants over the quality of Happy Meal toys if left suppressed for too long. Whenever Everton fluff their lines, we should really be thanking them for allowing us to release anger.

They say that the Premier League is the most entertaining league in the world, which is hard to argue with if you watch any of Everton’s games. You never know what you’re going to get next, but the finale is usually a lot like watching your girlfriend die. And then your dog getting eaten. And then you’re suddenly bald. And then your legs are on fire. And you’re out of toilet paper.

3. A chance to appreciate the beauty of Goodison’s seats

Have you ever taken a second to truly admire the understated majesty of Goodison’s seats? I honestly look forward to the next 92nd minute bottling as it gives me the opportunity to study the simple beauty of them. As the fans file out of the stadium, I bring out my painting canvas and use the seats as my muse.

4. Seeing the face of a man out of his depth on a regular basis

I am not a fan of Roberto Martinez. His tactics and team selection often err on the side of being four bottles of WKD deep on a too often basis. However, watching his face turn sour at the sudden realisation that he is being found out really is a sight to behold and a cautionary tale to us all to not try to wing a career. If someone could splice it with that GIF of Ralph Wiggum’s heart breaking, that would be perfect.

5. A rare sighting of the Ron Burgundy meme 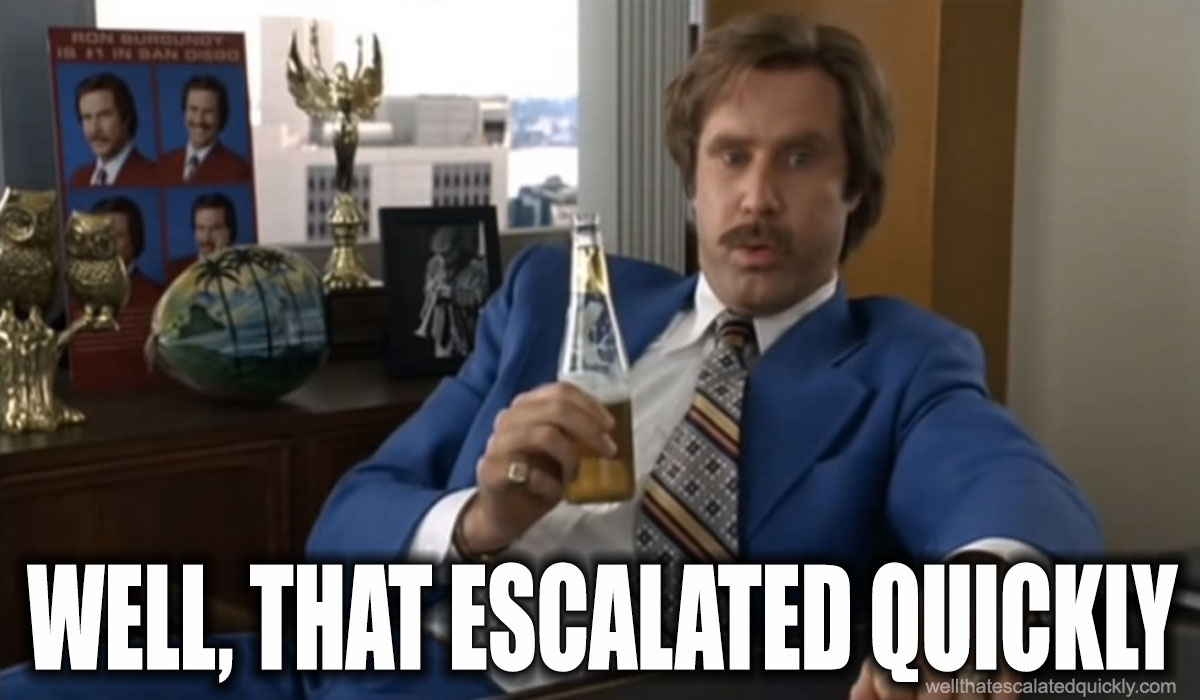 Don’t move too suddenly, you might scare it away. Whenever a ridiculous scoreline goes down, Twitter is usually abuzz with funny memes and witticisms. However, you can count yourself lucky if you come across the rare jewel of memes that is Ron Burgundy claiming that the current situation has rapidly altered. It’s a delight and definitely not an overused shitpost from lazy social media people. No way.