4 Reasons Why You Should Be Watching The Bridge 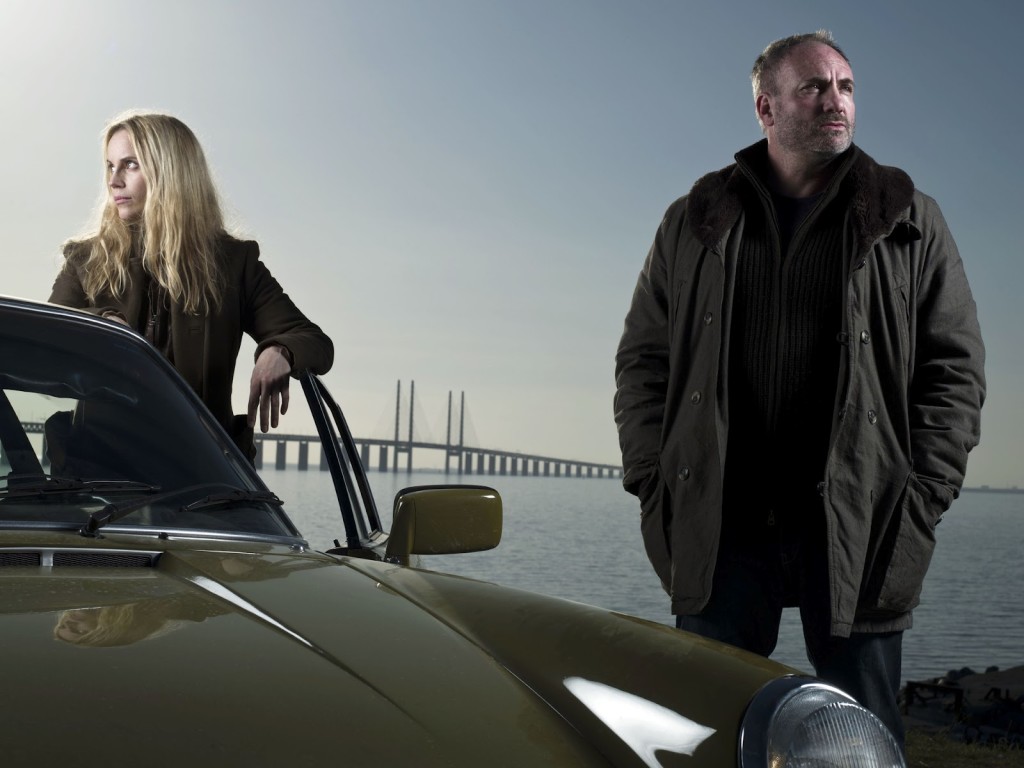 It’s pretty much undeniable that television is experiencing something of a golden age right now, even though that term is bandied around one hell of a lot. Hit shows like Breaking Bad, House of Cards, and Orange is the New Black have been making headlines recently, but why should the USA have all the fun? Here’s why you should be watching The Bridge, a Swedish-Danish production, and your new favourite TV show:

The Bridge, at its core, is essentially a crime drama centred around two police officers whose personality differences cause conflict over how to deal with their case. Sound familiar? Think again. The pair are forced to work together when a body is found on the bridge between Malmo, Sweden, and Copenhagen, Denmark. Martin Rohde, an everyman and member of the Danish police force is paired up with oddball Saga Noren, his counterpart from Malmo. 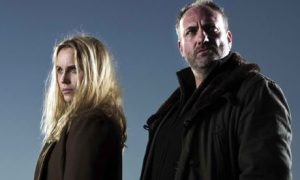 The Bridge manages to rise above the tired cop drama genre by addressing the legal difficulties of conducting an investigation across two countries. Whilst the two police departments co-operate throughout the show, it explores the problems Noren and Rodhe face when they are on duty abroad. These can be issues as minor as the slight language barrier, or as major as the fact that they’re only permitted to be armed in their own country.

As the case unravels, without giving too much away, it is revealed that the murder on the bridge is part of a meticulously planned plot, which aims to make a political point and incite social change. It is clearly influenced by David Fincher’s 1995 classic Se7en, in which the antagonist murdered seven ‘sinners’ in order to push a radical Christian agenda, but the motives of the culprit in The Bridge deal with contemporary social issues, and it’s hard to disagree with his politics, even though you condemn his actions.

Right from the get-go, The Bridge gets you thinking. The ongoing police search for the antagonist will keep you awake, theorising and speculating long into the night, until you finally give in and open up Netflix again.

Following the success of Stieg Larsson’s The Girl with the Dragon Tattoo series, Scandinavia is becoming an increasingly popular location for noir TV and film productions. The Bridge follows this trend, and thematically focuses on people who have been let down by society; the homeless, victims of legal injustice and victims of race crime amongst others. It truly is fascinating to have an insight into the societal problems of two countries that are strongly under-represented in popular culture.

The relationship between Dane Martin Rohde and Swede Saga Noren is undoubtedly one of the most enjoyable things about The Bridge. Rohde is the more easily likeable of the two; middle aged with five children, a fully-grown son who hates him and an affable sense of humour. Noren, on the other hand, is tougher to relate to; she seems to have no human relationships outside of her work, and has no time for small talk – but is undoubtedly fantastic at what she does.

Playing on the traditional ‘odd couple’ dynamic, the pair constantly struggle to see eye to eye, but manage to earn each others’ respect as the series goes on. Rohde relies on Noren for her policing skills, whilst she becomes reliant upon him for his advice on how to properly conduct human relationships.

Scandinavia is home to arguably some of the most beautiful landscapes in Europe, and the cinematography in The Bridge showcases this beautifully. Shot with glorious blue and grey hues, it gives the show a gloomy feel that is well suited to its subject matter. Frequent shots of the eponymous bridge, and the water that it crosses, serve as a visual reminder of the division between Denmark and Sweden. 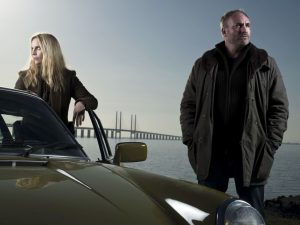 Whilst it certainly isn’t rare to see good cinematography on the small screen these days, it is nice to see shows that can compete visually with the best the film industry has to offer. In fact, the cinematography, as well as the show as a whole, is a competitor to any recent noir movie I can think of.

Season 1 of The Bridge can be found in its entirety on Netflix. Cultured Vultures takes no responsibility for loss of productivity as a result of this article.