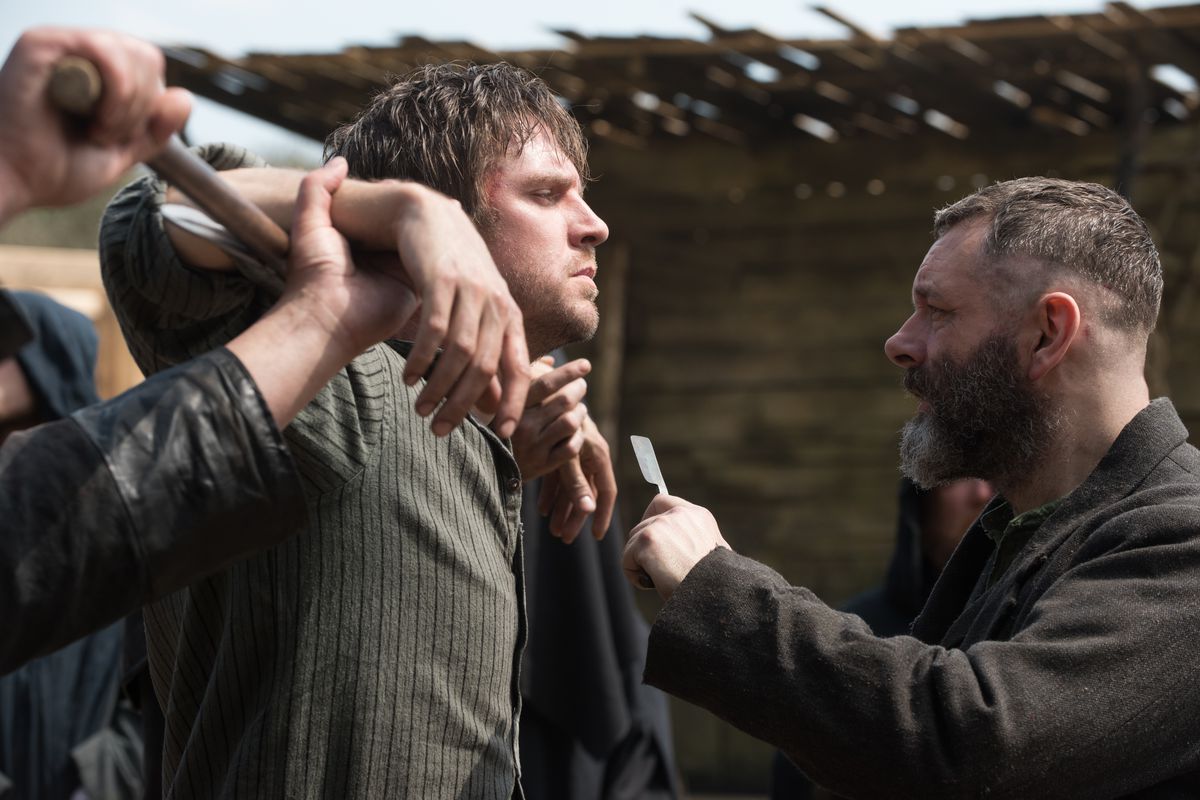 Happy Halloween! The final chapter of our 31 Days of Horror is finally upon us. Over the past month, we’ve tackled big franchises like Halloween, The Texas Chainsaw Massacre and Friday the 13th. We’ve witnessed attacks from serial killers, troubling time loops and alien entities. But after these next eight films, it’s all over. But the question remains: have I finally found a film that has actually scared me, or have I become so numb to horror that things go out with a whimper? Read on to find out.

Fake British accents abound as Gary Oldman, Keanu Reeves and Winona Ryder retell Bram Stroker’s classic tale of Dracula. Gary Oldman delivers an incredible performance, all the while bearing an uncanny resemblance to Emperor Palpatine. Keanu Reeves meanwhile is better here than he was in Knock Knock, but still has some questionable delivery and is lumbered with a continuously changing hair colour. And I don’t mean that his hair is getting gradually whiter as the film goes on as intended, but that it’s getting progressively whiter, yet some scenes regresses to something closer to his natural colour. It’s weird. Like this film, to be honest. Weird, with a few missteps, but overall a very romantic and operatic bit of storytelling with a very impressive cast.

From the trailer on Netflix, I assumed this would just be a rather forgettable movie, but to my surprise it was anything but. In fact, this may be one of the best films I’ve watched this month. Creep follows unassuming cameraman Aaron (played by director Patrick Brice) as he answers an advertisement from Josef (played by a gloriously goofy Mark Duplass), in which he is invited to film Josef’s day as he hopes to give his future son some insight into his life before he dies of cancer. Josef is a hilarious and very loveable character, and watching him and Aaron’s budding friendship makes for very entertaining viewing, especially as it becomes clear that Josef may have some rather dangerous secrets. It takes a little while to touch on anything that actually resembles a horror movie, but it’s definitely worth the wait.

The need for a Halloween costume and the desire to see a fully realised Jason forced me to return to the Friday the 13th franchise one more time, and while the film was definitely not of a high quality, it met my somewhat tempered expectations. Friday the 13th: Part III sees Jason return once again to terrorise some young campers who are occupying a holiday home at Crystal Lake (because of course people still go to this place renowned for its long profile of murders). The film hits a lot of the same beats as previous entries, but Jason seems much more Michael Myers than Leatherface. He actually seems like a threat, and watching him cut his way through these unassuming teenagers gave me some level of satisfaction. Still not perfect, but if you know what you’re in for, it’s a serviceable slasher.

In the same way that people continuously journey to Crystal Lake, Jigsaw once again revisits the tired Saw trope of the Jigsaw murders continuing despite the fact that John Kramer died back in Saw III. Why are the characters in these movies still surprised by this? It’s happened at least four times since Kramer passed away! Still, anyone who has watched all of these films will know that toying with whether or not Kramer is actually alive is part of this franchise’s charm, and this film takes that recurring theme in a somewhat new direction that’s interesting enough to warrant your commitment. In the end, the outcome is a bit disappointing, but Jigsaw’s intricate death traps, brutal murders and admittedly overdone mystery did just enough to keep me invested.

This was the one. The one that actually scared me. While the scares of Lights Out begin to abate as the mystery behind the monstrous ‘Diana’ is unraveled, the film starts off strong, presenting a horrifying antagonist for our heroes to face, based around the common phobia of what lurks in the dark. Smartly directed and interestingly scripted, Lights Out is one of those little gems like It Follows that really piques my interest when it comes to horror movies. Simple, not overdrawn and genuinely creepy, Lights Out is a great directorial debut from David F. Sandberg that shows with a little more finesse and practice, he could deliver some really great films. If I wasn’t so burnt out on horror at this stage, I would go and watch Annabelle: Creation.

Man, I loved Creep so much that I couldn’t help myself – I had to check out the sequel. Spoilers for the first movie, but Creep 2 sees the return of Josef, as he is once again documented by an aspiring movie maker, but this time he’s a lot more open about his intentions. Taking a slightly different direction from the first film, Creep 2 answers the question of what happens when a serial killer has a mid-life crisis, and the result is more of Mark Duplass’ beautiful lunacy. The real strength of the Creep films are the way they really delve into their main characters in ways that make you empathise with them, yet keep you guessing as to where things are going to go. There’s twists and turns at every step, as Josef threatens to become your new favourite serial killer with every new move he makes.

Having watched the original Halloween and its modern day follow up, I felt it might be interesting to revisit the struggle between Michael Myers and Laurie Strode one more time. In a similar fashion to 2018’s Halloween, H20 ignores the majority of the films before it, instead focusing on Laurie Strode some decades after the original attack, as she struggles with her PTSD and prepares for a final confrontation with Michael. Unlike the 2018 variant, this one wasn’t quite as enthralling. While Jamie Lee Curtis was once again the highlight, the supporting characters varied dramatically in quality, and even Mike himself didn’t seem all that good a villain. The mask he wears in this outing in particular makes him look like a so-so cosplayer, and his actions seem less brutal and calculating, and more clumsy and oafish.

As it turns out, Apostle was the perfect film to end on. Similar to The Wicker Man, but with the horror elements ramped up, Apostle sees a former missionary travel to a remote pagan island society to find his missing sister. Once there, he uncovers a community who gets by on periodic bloodletting, sacrifices, rather volatile leadership, and perhaps even a bloodthirsty Goddess. After watching the movie, I realised that it encapsulated the traits of my 31 Days of Horror experience. It had its ups and downs, some very gory moments, some suitably creepy sequences, was often quite confusing and seemed a lot longer than it actually was. I’m glad I watched it, and mostly enjoyed it for what it was, but I’m not sure it’ll get a repeat viewing.