"I want all of you, forever. You and me. Everyday." 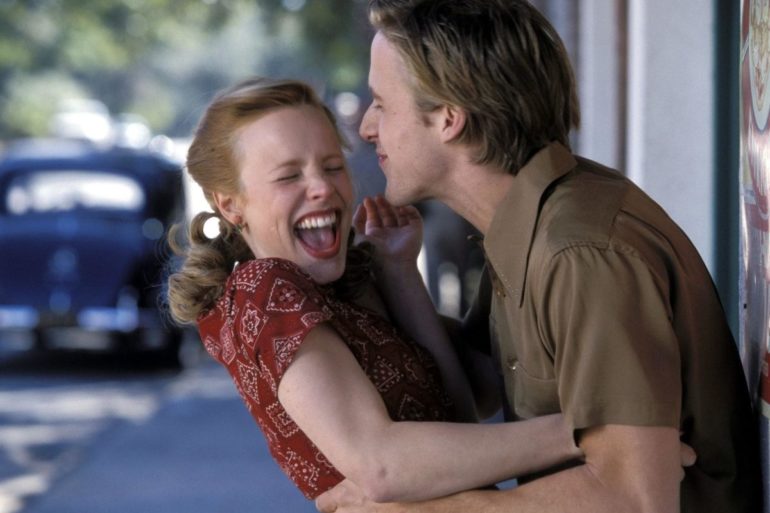 If you enjoy the romance genre, you would have encountered the novels of Mr. Sparks in some capacity. These books were passed around in school in my late teens, where we eagerly drank up the corny, syrupy goodness that were his narratives. I was a young, impressionable teenage girl, so please don’t judge me for my lack of good taste. I suppose he still has his avid followers now, but he has fallen out of fashion for me, much like John Green has. The Notebook was his first novel, but it wasn’t adapted for screen until much later, which perhaps allowed it to succeed more than its predecessors.

The reason why it works is due mainly to the leads that carry the movie, namely Rachel McAdams and Ryan Gosling. They give credibility and authenticity to Allie and Noah’s love story, allowing it to move beyond the saccharine nature of the narrative. McAdams is so lovely to watch on screen, embodying the lively and free-spirited ways of Allie to a T. Gosling has played the romantic lead in quite a few movies, like Blue Valentine and La La Land, and delivers on the characterisation of an earnest man in love. Not everyone can pull off the line, “If you’re a bird, I’m a bird” quite like Mr Gosling. As shocking as this may sound, Gosling wasn’t cast because of his charming good looks, but because director Nick Cassavetes thought he was “a regular guy who looked a bit nuts”. He does have a point, because who in real life takes one look at a person and knows she’s the one?

The setting of the movie in 1940s North Carolina helps submerge it in a warm, nostalgic glow. The costuming and fashion serve up with old Hollywood vibes, rooting us in a simpler time (relatively, of course). It’s a summer romance, but it lasts more than a summer because Noah knows that it’s just Allie for him. He never stops writing to her, loving her, he builds her dream house for her, just as he said it would. As gestures of love go, this is pretty much up there with the Taj Mahal.

Needless to say, Allie is blown away by his efforts and his continued love for her despite the years taking them away from each other — and her slightly neurotic mom, of course. There is still sizzling chemistry, which translates to fiery lovemaking, leaving us thankful that the cinema is dark so no one can see us blush. But now she has to choose between the man who will give her a life she was brought up to have, or a man who could offer her a chance to be something new. Of course she chooses Noah, otherwise all the buildup of their love story at the beginning would be for moot. The movie wants us to see that there is no competition, Noah is her soulmate and person, there couldn’t be any other choice.

To my 16 year old self, this was unbearably romantic and made me think that love is this thing you recognise with certainty. Noah and Allie saw this with each other, and therefore there could be no one else. In reality, such ideas are actually dangerous to have. I am not saying it’s detrimental for you to believe in soulmates, but it does set unrealistic expectations of love. You can choose a person, however, this doesn’t mean you are always going to look at the choice with certainty. People change over time, so is Allie really the same person Noah fell in love with?

In real life, Allie would have gone back to Noah, and things would have eventually fallen apart. She was swept up in the passion, the intensity, and thinks this is what love should be. Maybe I’m a cynic, maybe tumultuous can work, but at the end of the day, Noah and Allie are fundamentally different people. I’m not sure I ever bought the idea that she settled down into the quiet life. You see, this is why I cannot buy into Nicholas Sparks’ romances anymore. It feels like narratives of a bygone time, where love is something predestined and people are strangely reincarnated into animals (Noah believes Allie becomes a swan in the book but let’s not get into that). Such cheesy sentiments are nice to watch sometimes, I suppose, but if we want our movies to be a mirror for our lives and relationships, then romance movies need to do better than idealised love.