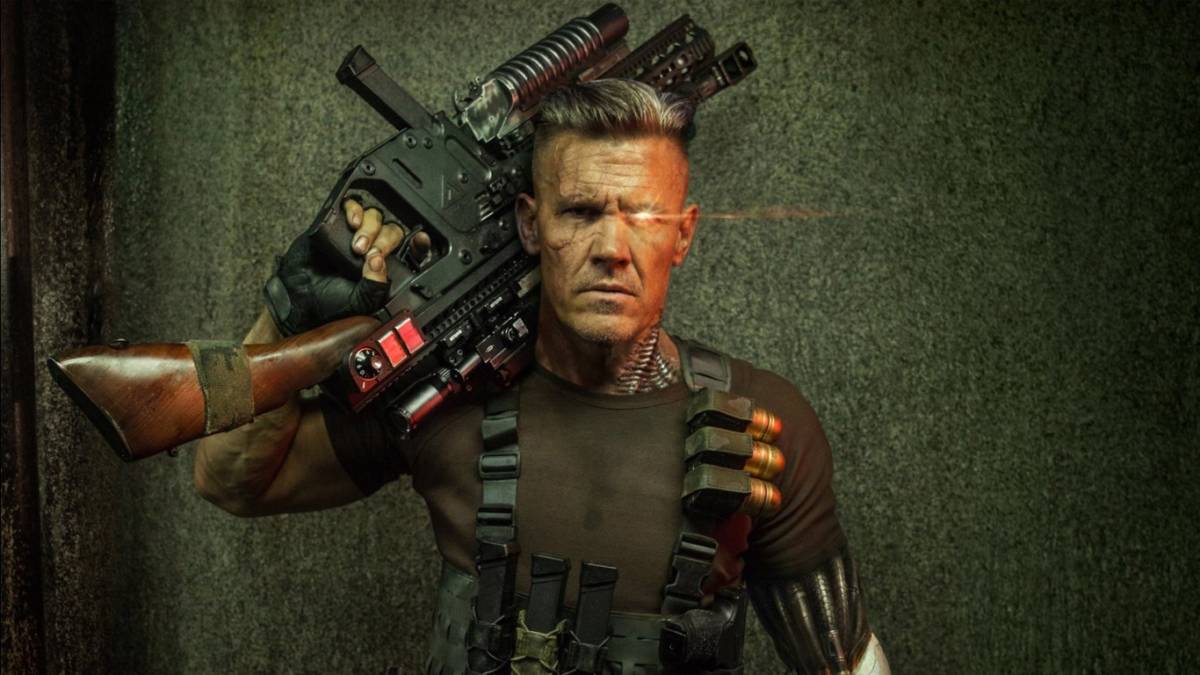 From The Emoji Movie to Blade Runner 2049, 2017 has given us some of the worst movies in recent memory, as well as some of the best. With the year nearly out, it’s time to look to next year and choose the ten releases that we’re most looking forward to. Please note that there are actually a lot more than ten films we’re excited for, but who wants to read a ‘Top 30’ list, right?

Any time Steven Spielberg directs a movie it’s going to be on a lot of people’s watchlists, but when he adapts a New York Times best-selling sci-fi novel and produces a trailer as visually-striking and pop culture-heavy as this, it’s guaranteed to attract a lot of attention.

A lot of you will no doubt be looking forward to Spielberg’s other 2018 release The Post starring Tom Hanks and Meryl Streep, but for the fact that technically it’s a 2017 release in some parts of the world and for variety’s sake, we’re going to limit the list to one movie per director.

Since writing the 1987 classic Lethal Weapon, Shane Black has been one of the freshest voices in Hollywood, but only since 2005’s Kiss Kiss Bang Bang has he channelled this energy into directing his scripts too. Luckily for us, his vision as a director is just as fresh as his voice as a screenwriter. For evidence of this look no further than last year’s The Nice Guys, a stylistic 70’s crime/action/comedy featuring Ryan Gosling and Russell Crowe. Sure Iron Man 3 was pretty polarising, but you can’t deny his quirkiness and thirst to give audiences something they haven’t seen before.

Who would’ve thought back in 1996 when the first installment of this action/espionage franchise came out, that 22 years later it would be going stronger than ever with its sixth installment just around the corner?

To put it simply, Ghost Protocol and Rogue Nation had absolutely no right to be as good as they were. Only in the case of Mad Max: Fury Road has the fourth instalment of a franchise been so good, let alone the fifth (A New Hope and Empire Strikes Back don’t count as they’re the first and second in terms of the chronology of release dates).

The director of Rogue Nation is returning to direct, and Tom Cruise has stated that his big stunt in M:I6 is the biggest and most impossible one yet, and considering his previous stunts, that really is saying something and we can’t wait to see what it looks like.

How do you top the absolute laugh-riot that was 2016’s Deadpool? Up the budget and get the immensely talented action director of John Wick and Atomic Blonde, of course!

In true Deadpool style, the marketing for Deadpool 2 has been just as hilarious as it was the first time round, with the Bob Ross video bringing us that humour that we’ve been missing and putting most other marketing campaigns to shame.

Though the budget isn’t much bigger, it has been increased, and we hope to see some well-choreographed, stylistic action. If we get that along with even half as many gut-busting moments as the first film, not to mention Josh Brolin playing Cable, then this will surely be one of the most entertaining cinematic experiences of the year.

The trailer for this one doesn’t give much away, which in my opinion is much better than the majority of trailers now which seem to show you the whole movie, spoilers-and-all, in the space of 3 minutes, but from what we can gather from this science-fiction/mystery/thriller it’s going to be a hell of a ride.

Brought to us by Alex Garland, the man who wrote and directed Ex Machina, one of the best sci-fi films in years, we’re hoping to see a lot of the same ingenuity and originality in Annihilation.

Only time will tell on whether Garland can maintain the high standards he set himself with his debut feature, but as this list is based on anticipation and not probability of success, we’re giving it a spot (we’d probably give it a spot on the other list to be fair).

Damien Chazelle’s Neil Armstrong biopic will see him team up with Ryan Gosling for a second time after the huge success they shared on La La Land. While Chazelle currently only has two professional directing credits to his name (Whiplash and La La Land), we’re confident he’ll do a good job with his third considering both of the aforementioned were hailed by both audiences and critics alike.

As if that doesn’t instill enough confidence, few actors are as consistent as Gosling when it comes to choosing projects, having played the lead role in some of the best films in recent memory in Drive, La La Land and Blade Runner 2049.

Wes Anderson has already directed two of the most iconic movies of the decade in Moonrise Kingdom and The Grand Budapest Hotel, and if his 2009 stop-motion animated comedy Fantastic Mr. Fox is anything to go by, Isle of Dogs, which is also being made using the same painstaking yet mesmerising method, could prove one of the best and most unique films of the year.

It’s been four years since Anderson’s last film, but judging from the look of the charming and quirky-looking trailer, and the insanely talented cast (Bryan Cranston, Edward Norton, Bill Murray, Jeff Goldblum, Frances McDormand, Harvey Keitel, Tilda Swinton and Scarlett Johansson to name a few), it’ll be well worth the wait.

Martin Scorsese is a living legend of cinema, and not just because of classics such as Taxi Driver and GoodFellas. He proved he still has what it takes even at the ripe old age of 74 with last year’s masterpiece Silence, and the universally-loved The Wolf of Wall Street three years prior.

The cast for his next film includes Al Pacino, Robert De Niro, Joe Pesci and Harvey Keitel. Coming from the writer of Schindler’s List, on paper this has extremely high-potential. We can only pray that everyone in the cast and crew brings their A-game to this one.

Some sources do cite this as a 2019 release, while others cite it as a 2018 release. Since there’s no way to know for sure yet, we’re going to be optimistic and hope that it gets here sooner rather than later.

Fourteen years after Pixar’s original film we’re finally getting a sequel to The Incredibles.

While historically Pixar’s sequels haven’t been able to match up to their original films (with the exception of Toy Story 3), Brad Bird has a very good filmography to date (including The Iron Giant, Ratatouille and Mission Impossible: Ghost Protocol) and has stated on record multiple times that he would never make a sequel unless he felt there was genuinely a story to be told.

We’ll just have to wait and see if The Incredibles 2 can live up to the expectations, but we can dream, right? I can’t even remember a time when an animated movie was this highly-anticipated, with adults getting hyped up for this one even more than children, and for that reason it gets second spot on our list.

As much as we do get a lot of comic book movies every year, and as many of them end up feeling familiar and middle-of-the-road, this is literally the one that all MCU films for the last nine years have been building up to and is in seemingly good hands with the Russo Brothers. After all they directed the last two Captain America movies, which are two of the best movies in the MCU. (Sorry to those of you who hoped Black Panther would make the list. Believe me, on another day it could’ve just as easily been on here, but I didn’t want it to be overloaded with comic book movies.)

If rumours are to be believed, the movie has a budget of $500 million, which to put that into perspective, the highest-budget movie of all time currently is Pirates of the Caribbean: On Stranger Tides which cost a reported $397 million. Even if these rumours are false, it can’t cost much less, and it features one of if not the biggest ensemble cast of all time.

The teaser trailer for Avengers: Infinity War dropped only a few days ago and has already had 85 million views, such is its anticipation. Was there every any doubt what number 1 was going to be?