With several fun hip-hop shows and record-breaking temperatures this past February, we in Toronto are already warmed up and looking forward to some hot concerts this spring/summer! The city is always a key stop for all music tours, and as far as hip-hop goes, we’ve already been blessed to have visits from Isaiah Rashad, Madchild, Aesop Rock, T.I., R.A. The Rugged Man, Pete Rock, Run The Jewels, Young M.A., and Talib Kweli so far in 2017. As the weather gets warmer, there will be even more great artists to see if you love hip-hop. Here are ten to look out for, in chronological order:

After releasing what many are calling his best work with his latest album I Decided, Big Sean is at the height of his career. Even the doubters are turning their heads as he’s started to carve out a niche with his sound and is able to come off as more than a mainstream stereotype. As somewhat of a rap concert connoisseur, I personally have yet to see him perform live, but I can say the better music on the new album will make for a better show. Rebel Nightclub (formerly known as the Sound Academy) has also become an awesome venue with all the new renovations it’s gone through in the past year, and is worth the trek outside of the downtown core.

Tickets for this show are already sold out, but there’s always the secondary market.

Canadian Music Week makes Toronto host to various conferences and networking events meant to benefit Canadian artists, while also bringing several international artists to the city for concerts spread throughout the week. As far as hip-hop goes, two major stars of the newer generation will be hitting the Phoenix Concert Theatre on the final weekend of the festival: Earl Sweatshirt and Hopsin. Both MCs emerged at the start of this decade and have since become great examples of how artists can build a strong fan base while remaining independent from major labels. They’re both also due for highly anticipated new albums, having each released their previous efforts in 2015.

Info for shows and tickets can be found here.

When Donald Trump was on the campaign trail to become President of the United States, Americans would often say that they’d move to Canada if he actually won. Now that he’s actually President, Apathy & Celph Titled are on a tour themed around that sentiment, with rage-fueled battle raps and aggressive beats. While they’ve gone on plenty of Canadian tours together, this one has the bonus of including veteran Chino XL, who hasn’t been in Canada for a long time. As far as the music goes, Apathy is coming off one of the best releases of 2016 with Handshakes With Snakes, and there are rumours of a new Celph Titled album currently in the works.

After making history at this year’s Grammy Awards by being the first artist to win one without releasing any official studio albums, or being signed to a label, Chance is taking his success on tour. He had all the hype in 2016 with his latest mixtape Coloring Book, and is riding that wave strong into 2017. While the music itself is hit or miss for traditional hip-hop heads, the impact Chance has had on the music industry cannot be denied, as he’s become a leader of the new generation of young artists. This is also a great opportunity to check out the newly renovated and rebranded Budweiser Stage (formerly known as Molson Amphitheatre) for the first time. 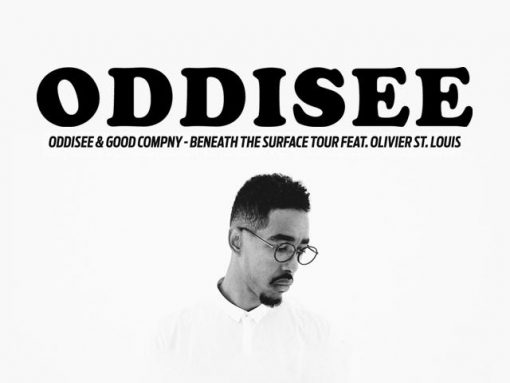 Oddisee has been one of the most slept on MCs of the past decade, admittedly even by myself, but is slowly building a stronger and stronger fan base. Just last month he released his eleventh album, and it’s arguably one of the best hip-hop projects of 2017 so far. Fittingly enough, the new album is called The Iceberg, as there’s a deep discography to discover behind this new, critically acclaimed work. From the little I’ve heard so far, Oddisee’s music has a mellow vibe to it (of course, he’s signed to Mello Music Group), and is dope to kick back and relax to. Lee’s Palace is also a nice, intimate setting that should fit the chill vibe of his music perfectly.

NXNE is similar to Canadian Music Week in a sense that it brings several artists to the city for conferences, networking, and club shows, but it also caps things off with a large, outdoor festival. Having premiered a brand new outdoor venue last year with the Port Lands, it’s going to be interesting to see what they do in year two of their reinvigoration. The weekend-long festival is all genres, but at least one of those three days will be dedicated to hip-hop and RnB. This year’s lineup is yet to be announced, but if history is anything to go on, we know that NXNE will create a lineup that both casual fans and hardcore hip-hop heads will love; last year they booked the all-time legend Ghostface Killah along with current superstar Schoolboy Q.

Lineup announcements and tickets will eventually be up on nxne.com.

Toronto’s Festival of Beer is a unique experience where the concert actually feels like a bonus afterthought. Spend a day in the sun sampling hundreds of different beers, playing games, and tasting good food, then cap it off with a fun live concert in the evening! The festival is three days long, with rock band Sloan already booked to headline the Saturday night, but the Friday night is usually dedicated to hip-hop. While this year’s hip-hop performers are yet to be announced, the past couple years have seen 90’s icons House of Pain and Naughty By Nature headline, and so you can bet that Friday night will be filled with that golden-age, fun-loving hip-hop vibe.

Lineup announcements and tickets will eventually be up on beerfestival.ca.

If you need further proof that J. Cole’s star power is still rising, you only need to look at the types of concerts he’s done over the years. When he’s come to Toronto in the past, he’s gone from performing at the Sound Academy (now known as Rebel), to the revered Massey Hall, to co-headlining Drake’s OVO Festival at the Molson Amphitheatre (now known as the Budweiser Stage). These two shows at the Air Canada Centre will be the biggest shows he’ll have performed in Toronto to date. The arena is pretty much the peak for most artists (with rare exceptions upgrading to the Skydome), and where J. Cole will likely continue to perform for years to come; his first time in the ACC will be something special.

Tickets for the first show can be found here, and the second show here.

Drake’s OVO Festival is known for bringing some major stars to Toronto during Caribana weekend, which is usually the first weekend of August. Drake himself always headlines the final day of the festival, and past co-headliners on Day One have included OutKast, the aforementioned J. Cole, and last year had Snoop Dogg & Wiz Khalifa. Previous years have typically seen a two-day format at the former Molson Amphitheatre, but last year saw a major expansion into four days, with Snoop & Wiz headlining at Molson, a reggae/soca show at Echo Beach, and Drake & Future headlining back-to-back nights at the Air Canada Centre. There’s no telling what Drake has in store for the 2017 edition of the festival.

Tickets are not available yet as of this posting.

1. The Cookout Festival – TBA in Hamilton, ON
(TBA)

Technically not in Toronto, but an hour-long drive west along Lake Ontario will take you to Hamilton, where the Cookout Festival will be celebrating its five-year anniversary. The unique festival has the feel of a family barbeque, but with a really dope hip-hop concert going on at the same time. Usually in mid-August, it’s a celebration of prime barbequing weather and classic hip-hop, with previous headliners including Raekwon, Apathy, C.L. Smooth, Lord Finesse, and Elzhi. It’s also a great way to experience local food vendors and artists from Hamilton and the surrounding areas.

The Cookout 5 is yet to be announced, but in the meantime there’s a Cookout 4.5 happening this Sunday (March 12) featuring Meyhem Lauren! Tickets here.

Which concerts are you looking forward to the most this summer? Hit us up on Twitter @CultVultures or @SYpherSights!