Home
Movies
10 Best Movies of 1976 You Should Watch
Movies

Even more totally far out films from the grooviest decade in history. 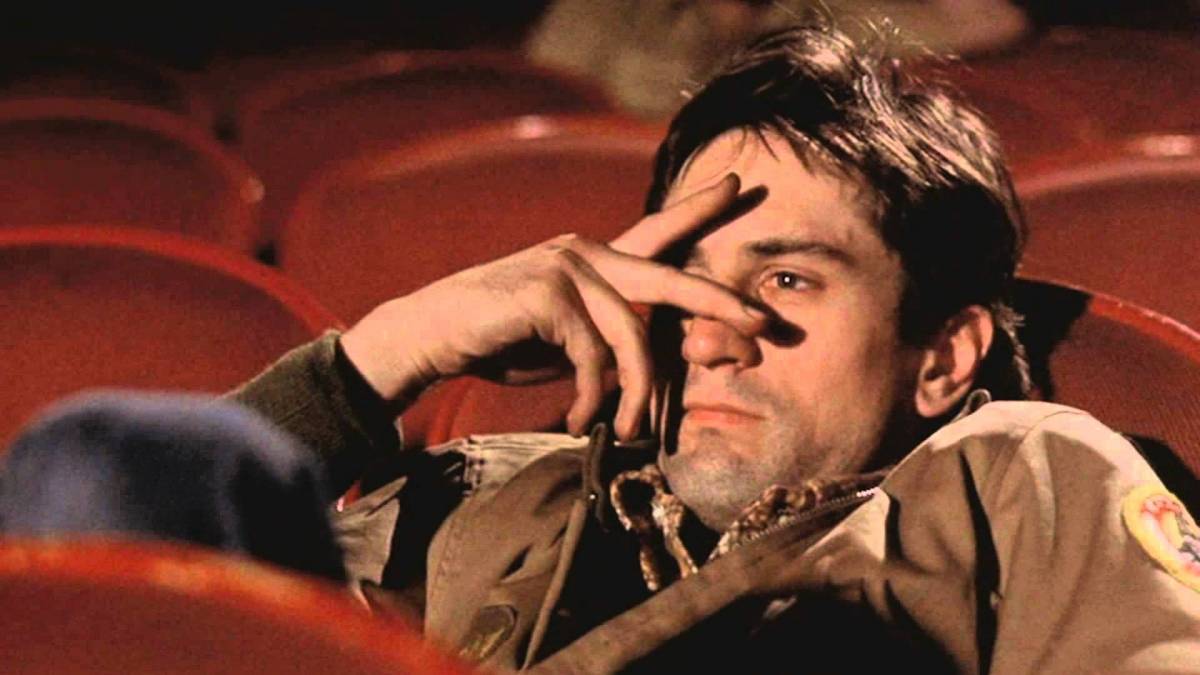 Ask anyone what comes to mind when they think of 1976 and you’ll surely get a different answer each time. Some might say Charlie’s Angels, Baa Baa Black Sheep, The Bionic Woman, The Muppet Show, What’s Happening!!, or Laverne & Shirley. If you passionately collect first pressings of vinyl records, artists ranging from 10cc to ZZ Top might spring to mind. There’s no disputing 1976 was a huge year for pop culture, but it was also The United States Bicentennial.

Sure, the energy crisis continued and The Cold War was still on, but the “Spirit of ‘76” was everywhere. Commercialized patriotism blatantly took on every conceivable form: books, posters, food and clothing — absolutely everything was Americanized. Although the milestone celebration commenced in April of 1975, America’s 200th anniversary was taken very seriously and many celebrations were held throughout ‘76.

Think you missed out? Don’t fret, planning for the semiquincentennial (250th anniversary in 2026) is reportedly underway. In the meantime, tack up that classic Farrah Fawcett poster and throw on your Kiss: Destroyer record, it’s time to share 10 of the year’s most memorable and best motion pictures.

Without further ado, the best movies of 1976.

Whether you’ve heard someone quote Robert De Niro’s ad-libbed, “Are you talking to me?” line, or you’re aware of John Hinckley Jr.’s assassination attempt on Reagan, you’re familiar with Taxi Driver. It’s directed by Martin Scorsese from a screenplay written by Paul Schrader. Starring alongside De Niro was a then 12-year-old Jodie Foster. That casting — as well as the violence depicted on screen — earned Taxi Driver its share of controversy.

Several familiar faces, a wonderful score by Bernard Herrmann and a strong performance by Robert De Niro as a war veteran steadily slipping into madness makes this a must-watch, if you haven’t already. As far as gripping 70s thrillers go, Taxi Driver is certainly a must for either cineastes or casual moviegoers.

2. The Town That Dreaded Sundown

The Town That Dreaded Sundown is often thrown in with the slasher sub-genre, but it’s more tonally and stylistically similar to the 1976 TV movie, Helter Skelter. Both Andrew Prine and Ben Johnson are fun to watch as the two actors make decent use of their screen time. Dawn Wells of Gilligan’s Island also appears in the film, but what’s most interesting is the story being loosely based on the “Phantom Killer” and his killing spree in Texarkana, Texas in 1946.

Aside from the names of the victims and several date screw ups, it’s almost accurate enough to terrify anyone who might’ve existed during the time of the murders, or anyone allowing themselves to entertain the possibility the Phantom was still alive during the time of this film’s release. The Town That Dreaded Sundown is not a gory movie, but some of the murder scenes are bizarre and one in particular will stick with you.

Written by and starring Sylvester Stallone, Rocky is a compelling, highly regarded sports movie that’s just as enjoyable today as it was back then. It has since gone on to not only establish a franchise that spans 4 decades (and counting), but it also helped solidify Sylvester Stallone as a serious actor with some writing chops. The story goes that ‘Sly’ wrote the screenplay in less than a week and would only sell the rights to it if he was allowed to play the role of the titular character, Rocky.

Talia Shire, Burgess Meredith and Carl Weathers perform notably, and John G. Avildsen’s ability to direct his actors and actresses is accentuated, not only by these performances, but also through William Conti’s unforgettable score composition. Most of all, Rocky seems remarkably nuanced by Sly’s real struggles as an actor at the time.

This quirky, off-the-wall slasher film zigs when you think it’ll zag. Alice, Sweet Alice is eerie in its curious juxtapositions of innocence and degeneracy. Alice is the oldest sibling and is very jealous of her sister Karen, played by Brooke Shields. Karen’s first communion puts her at the center of attention and, because she’s jealous, Alice begins acting strangely.

Once at the church, a fire breaks out and a string of murders ensues for the remainder of the film. There are some characters who make Alice, Sweet Alice an uncomfortable watch, but the unfolding story has an interesting way of keeping the viewer’s eyes glued to the screen. Of anything I could say about this pick, I’ll leave you with this: It won’t be what you’re expecting.

Based on Stephen King’s 1974 paperback, Carrie is the story of a bullied, introverted young woman with telekinetic abilities. Skillfully directed by Brian De Palma and starring Sissy Spacek, Carrie proved to be a box office success and was nominated for several awards. I imagine most would find this movie to be more tragic and sad than scary, as Sissy Spacek is immediately likeable and has a unique screen presence. Other noteworthy roles include: William Katt, Piper Laurie, Nancy Allen, P.J. Soles, Betty Buckley and John Travolta.

It’s not likely the immense popularity of either the novel or the original film will fall, because aside from the supernatural element, Carrie offers a heartbreakingly realistic look at some of the struggles teenagers — in particular, young women — face on a daily basis. A remake was released in 2013, but the original is most definitely the strongest of the two.

Bernardo Bertolucci’s films aren’t exactly known for their subtlety, so you can expect some roughness and uncomfortable scenes sprinkled sporadically throughout 1900’s 315 minute running time. It is best to break it up into parts, rather than watch it in one sitting.

Starring Walter Matthau and Tatum O’Neal, The Bad News Bears is a seemingly unflinching look at a youthful baseball team and their struggles with overcoming every obstacle they face — starting with bettering their skills on the field. Walter’s character, Morris, was a pitcher for a minor league baseball team long before becoming a rather surly drunk. Shortly after being chosen to coach a team of rejects, he decides to recruit Amanda.

It’s not exactly a family-friendly movie, as it does feature a bit of vulgar dialogue, however none of it seems forced and it doesn’t take you out of the movie. As with most sports movies, the real highlight is in watching the way the team develops their skills and strengthens their fellowship, often finding inspiration or hope in the most unlikely of places.

Silver Streak is a fun, suspenseful comedy about a book editor, George, who travels from L.A. to Chicago by train (the Silver Streak). While on the train, he meets a beautiful woman, chats with her over drinks and — before you know it — there’s a murder. It may be a little cornball by today’s standards, but Gene Wilder and Richard Pryor’s screen chemistry is undeniably fun and interesting.

Silver Streak is creatively written by Colin Higgins and directed by Arthur Hill. I’m not sure how popular of a movie Silver Streak is today, but for the time, it was financially successful and was highly praised.

9. All The President’s Men

Robert Redford and Dustin Hoffman star as two investigative journalists, Bob Woodward and Carl Bernstein, who work for The Washington Post. All The President’s Men is based on the novel about the Watergate Scandal. It is just as relevant today as the 1976 movie Network is and, I have to say, it’s magnificently shot. Its pacing is decent, we’ve given superb acting performances from most of the cast and the script itself is on point.

If there is anything to be said about All the President’s Men that hasn’t been said yet, it’s that it’s kind of inspiring. When Bob and Carl are assigned to work together on this story, they work fine together, but you wouldn’t necessarily suspect their effort and dedication would prove to be so impactful, for lack of a better word.

Obviously a remake of the 1933 movie, King Kong ‘76 stars Jeff Bridges and — in her first role — Jessica Lange. It was produced by Dino De Laurentiis and distributed by Paramount Pictures. The story of King Kong has changed slightly from the original, but it’s just as fun and memorable as its source material. The cinematography is fantastic and beautifully shows off Rick Barker and Don Chandler’s work on the sculpting of the monster and the special effects.

The main complaint about King Kong is Jessica Lange’s performance. Jeff Bridges is terrific, but you can tell Jessica had not had any prior experience or training with acting and was cast more on looks. Fun little fact: It’s been 43 years since Kong Kong ‘76 and, when that was being made, it was 43 years since the original. Kong has appeared many times throughout those gaps — there was even a sequel starring Linda Hamilton 10 years later.

Well, there you have it. Do any one of these nifty pieces of pop culture history entice any? What comes to mind when you think of 1976?