Zombie For Sale REVIEW – Much Levity, Much Fun

If you want a zombie film that will make you laugh a bunch, this is the one for you. 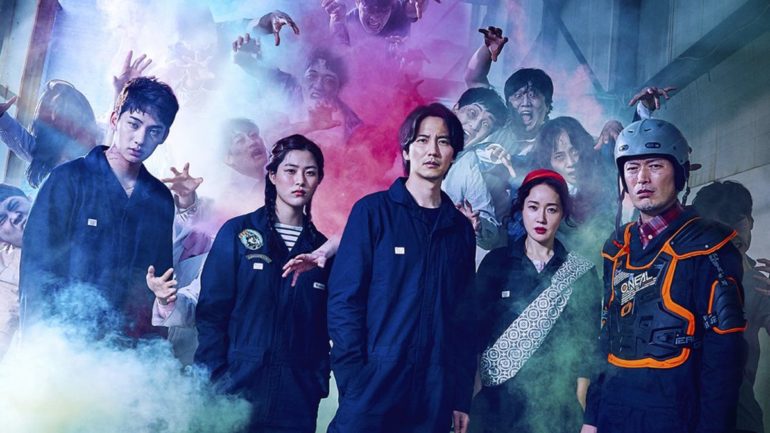 When Train to Busan was released, it was perhaps one of the first South Korean films to gain traction everywhere, so much so that now when we talk about zombie movies, it is certainly one of the top few mentioned. It has memorable characters, scary zombies and a riveting poignancy that left my eyes drowning with tears. Zombie For Sale charts the same spaces, except it’s a comedy, and we laugh more than we cry. The film is fearless in the ideas it explores, and is well-executed in terms of direction and characterisation.

The beginning of the movie offers a tidbit of context: a pharmaceutical company’s illegal experiments have resulted in terminal consequences, which is the zombie-fying of individuals. One of these zombies (Ga-ram Jung) escapes and wanders into the space when the Park family lives. They run a gas station but are struggling to make ends meet, seen from how they try to scam others into accepting their business. We have the father figure (Park In-hwan) who spends most of his time gambling with his old cronies, his children Joon-Gul (Jae-yeong Jeong), Min-Gul (Nam-gil Kim) and Hae-Gul (Soo-kyung Lee), and Joon-Gul’s wife Nam-Joo (Ji-won Uhm), with the pair expecting their first child together.

Thus, Joon-Gul and Nam-Joo’s scams are with reason — they are doing them for their unborn child. Things seem bleak, until the zombie bites their father. Instead of the bite making him sick, he finds himself feeling younger and revitalised. All the townspeople notice as well, and urge him to tell them the secret of his youth. There is a commentary here on how we as a society chase the fountain of youth; as we get older and our bodies are no longer what they once were, we find ourselves turning to products that would allow us to tap on a sliver of that former youth. But as we see from the outcome of the pharmaceutical company’s experiments, sometimes disastrous things occur when we meddle with nature.

When the Park family discover that the source of their father’s vitality is the zombie’s bite, they decide to monetize it, using Jjiong-bi (the zombie’s selected name, given how it sounds like zombie) as a means to make money. Despite seeing the horror suffered from the first customer who comes to take the cure (after all, it entails a zombie biting into your arm), all the older townsfolk still willingly go ahead, their heads too filled with the golden promises of youth to care about the consequences.

We all know it is too good to be true, because there is no such thing as a quick fix in life, and the second act of the movie devolves into delicious chaos. Despite the obvious hilarity the film offers, it also takes the time to flesh out its characters. Hae-Gul finds herself developing a connection with Jjiong-bi, due to the fact that they are both outsiders and isolated.

Her whole life, Hae-Gul has been associated with her mother’s death, and it seems to be the moment where things fell apart for the family as well. There is a zombie-human love story here, much like Warm Bodies, and though we don’t have insight into Jjiong-bi’s mind, since he doesn’t have the internal narration we got from R, we can see his affection for Hae-Gul and his willingness to sacrifice for her, which is what leads to his humanisation.

There’s just so much love in this movie, and you find yourself so invested in the Park family that when situations lead them down dangerous paths, you fear for their lives because you want so badly for them to survive this zombie outbreak. Zombie For Sale is just as competent as Train to Busan, which is a remarkable thing considering how it is director Lee Min-jae’s first feature film. Definitely a filmmaker to keep tabs on, because Zombie For Sale is great stuff. 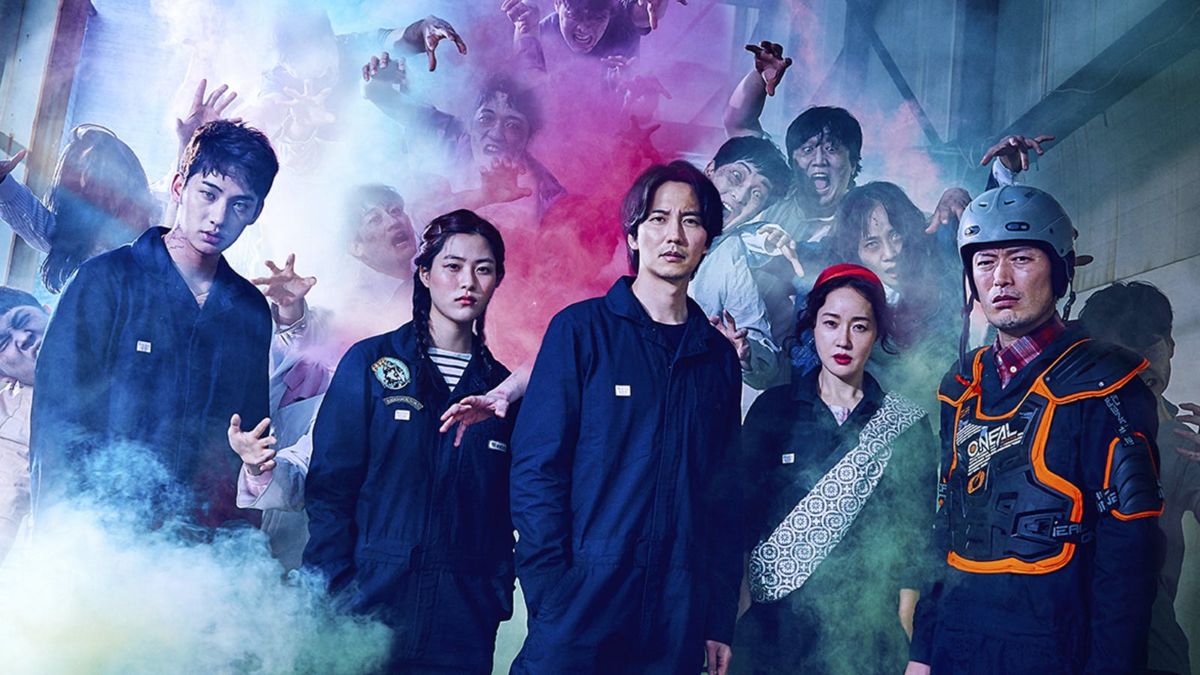 Verdict
The zombie genre is a saturated cinematic space, yet Zombie For Sale brings something new to the table, giving us a zombie comedy we won't soon forget.
8.5
Cultured Vultures is a pop culture website established in 2013 covering all things gaming, movies, and more. We eat your words.
All The News On The Biggest Games