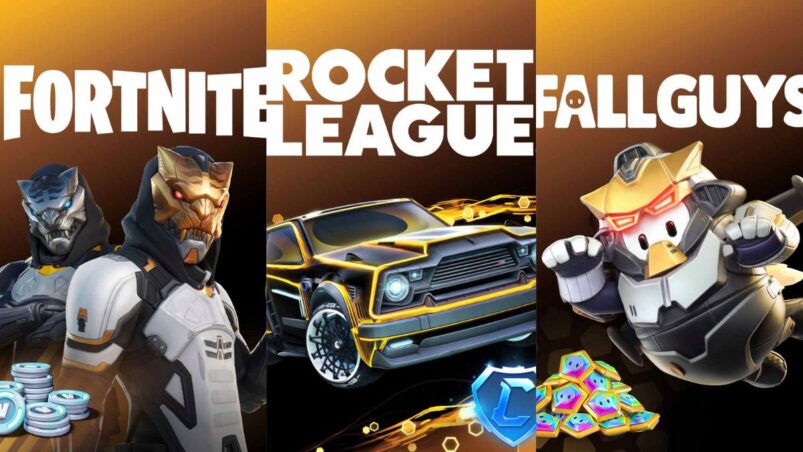 With Christmas on the way, Epic and Fortnite are teaming up to bring another bundle: the Xbox Series S – Fortnite Gilded Hunter Bundle.

As you might have guessed, this is a bundle for the digital-only Xbox Series S that comes with the console and some digital items for Fortnite. However, the bundle also includes some items for Epic’s other games, which include Fall Guys and Rocket League. Players can expect many different cosmetics and currency across all of the different Gilded Hunter packs that are sold as part of this bundle.

Here’s everything you need to know about the Xbox Series S – Fortnite Gilded Hunter Bundle, including what’s in it, how much it costs, and where you can buy it from.

As mentioned, there are numbers cosmetics and currency for each of Epic’s different multiplayer games.

You will also, of course, get the Xbox Series S console, as well as a controller. Bear in mind that you don’t need Game Pass to play these games.

The Xbox Series S – Fortnite Gilded Hunter Bundle costs $299.99 / £249.99 . This works out as fairly good deal overall, as the console by itself typically costs exactly that. You’re basically getting all of these digital items for nothing.

Players can also buy it through Xbox All Access to spread the cost of the bundle across monthly payments, while also being given access to two years of Game Pass Ultimate, for $24.99 / £20.99 a month for 24 months.

Xbox Series S – Fortnite Gilded Hunter Bundle will release on November 29th, 2022, with the bundle available worldwide starting from then.

Fans will be able to buy the Xbox Series S – Fortnite Gilded Hunter Bundle directly from the Xbox Store in the US or UK, or via places like Best Buy in the US. Players can still also buy last year’s bundle of Fortnite and Rocket League from select retailers.

It’s unclear yet where you will be able to purchase the Xbox Series S – Fortnite Gilded Hunter bundle in other regions per retailer, so we will update this when we have all the info. What is interesting, though, is that Fortnite will be just days away from Chapter 4 when this bundle comes out.

MORE FORTNITE: Fortnite: 5 Facts About Midas You Should Know