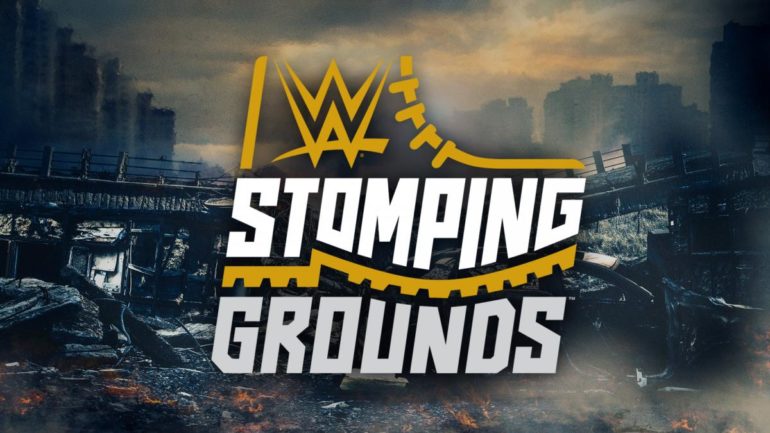 The narrative surrounding WWE Stomping Grounds has been one of apathy. The lagging ticket sales and underwhelming card serve as a sad reflection of the product’s current state. This isn’t to demean the men and women wrestling on the night, but we’ve seen a lot of these matches before and the build only started to become compelling this week.

WWE pulled out two surprisingly strong episodes of Raw and SmackDown for the go-home shows, demonstrating that they still know how to produce good television if they just put in the effort. Has the strength of those two shows produced enough momentum to make the show interesting? We’ll have to wait and see. In the meantime, here are our predictions for WWE Stomping Grounds.

The set-up for this one was strange to say the least. Tozawa and Gulak ended up pinning each other in a fatal four-way number one contender’s match to both earn a shot at the title. As we all know, they’re two of the best pound-for-pound wrestlers in the entire company, so it’s a spot that’s well-deserved.

Prediction: Tony Nese’s reign hasn’t been as compelling as it should have been. The legitimacy that Buddy Murphy brought to the table during his tenure just hasn’t been matched, and it might be time to call it a day on Tony’s run. Given his added exposure with his recent series on NXT with KUSHIDA, I believe Drew Gulak has turned enough heads that he might see his first Cruiserweight Title win.

Otis and Tucker suddenly reappeared on TV in the last few weeks, reassuring us that Vince McMahon hasn’t forgotten they exist. You’d think with such a barren tag division on SmackDown, WWE would take advantage of the number of teams they have sitting around doing nothing, but I guess not. Meanwhile, Daniel Bryan’s still the most compelling character on the main roster and is trying his hardest to make everything he does work. His performance on commentary this week on SmackDown was that of a true maestro. He managed to both put over and put down Heavy Machinery simultaneously, demonstrating just how invaluable he is to the company.

Prediction: While it would be pretty fun to see the men with a passion for steaks and weights get the title win they never got in NXT, it doesn’t seem likely. Bryan and Rowan have served as a solid pairing and WWE still have a lot invested in DB, seeing as he was made tag champion almost immediately after returning. Could another world title run be on the cards? Let’s not get ahead of ourselves, but this seems like a routine defence.

Ricochet has his first singles match on a main roster pay-per-view and it’s anything but a walk in the park. Samoa Joe is the United States Champion again because the guy who won it from him got hurt and just sort of gave it back. That’s not really a common practice in wrestling but whatever, Joe got a second reign without having to do anything. Ricochet got here by winning a four-way elimination bout on Raw this week and he certainly looked like a star, so there could be big plans in store for him.

Prediction: It feels too soon to have Samoa Joe drop his belt again. Taking two big losses in a row defending his title won’t do his credibility much good. Ricochet may end up being the man who dethrones Joe, but not this early.

KO and Sami haven’t been having a good go of it recently. It seems like ever since they refused to work the latest Saudi Arabia show, they’ve been in the doghouse. Losing two straight falls on SmackDown this week against Kofi Kingston and Seth Rollins solidified that hypothesis. Meanwhile, the New Day are still riding that massive wave of momentum since Kofi’s monumental world title win at WrestleMania. This match will no doubt be good, though it does feel thrown together.

Prediction: Classic booking logic doesn’t really apply here, as both sides took losses week. There’s the previously mentioned loss to Rollins and Kingston on the heel end, and Xavier Woods was defeated by Dolph Ziggler – in a blood great match, might I add – on the same night. It’s a toss-up, so let’s say that the power of positivity will prevail and grant a victory to New Day.

It’s the henchman to the greatest wrestler who’s ever lived taking on the large dog himself. In a WrestleMania rematch that I don’t think anybody asked for, Drew McIntyre has another pop at WWE’s franchise player. Both guys are in relatively crap positions at the moment. Drew is stuck yet again as a crony for another heel, while Roman just took a pinfall loss to that same heel, Shane pissing McMahon. This truly is the darkest timeline. Is there even a real winner here?

Prediction: Let’s just approach this with 50/50 booking logic and say that Drew McIntyre gets his win back after his loss at Mania. He could do with a big win and pinning Roman Reigns isn’t something everyone can claim to have done. Though the fact Shane McMahon can make that claim before Drew can is a little disgusting.

The memories of the last feud between these two still haunts my dreams. This is Your Life, kendo stick on a pole, all of it was simply horrid. Thankfully, Bayley’s getting a title run where she’s not an absolute joke this time around, so things are looking up. The crux of this encounter is alleged cyber bullying, with Alexa claiming that Bayley says mean things to people on social media. It’s not the most inspiring premise, but it’s a damn sight better than Alexa calling out Bayley for never kissing a boy. God, that actually happened, didn’t it?

Prediction: Some have called a double turn here. The theory goes that as Bayley hasn’t outright denied Alexa’s accusations, she is trying to hide from her guilt. I hope that isn’t the case, as these two women are naturals in their respective roles. Sure, it’s good to refresh a character every now and again, but every time heel Bayley or face Alexa has been played around with, it hasn’t worked. As far as a winner goes, Bayley needs a decent reign with a signature victory, this could be it.

Wrestling is weird. Lacey Evans lost fair and square in her last title match against Becky Lynch, yet she’s still somehow first in line for a shot. Still, her promos and character work have been top-notch, and Becky has finally got a rival who can keep up with her on the microphone. The direction of the feud is self-explanatory: Lacey dislikes Becky using masculine pronouns to describe her run on top, Becky hates Lacey’s adherence to traditional gender roles. It’s simple, it’s clear, it works. This honestly might be the best feud on the main roster based purely on how well it’s being told, whether you agree with Lacey being in this position or not. There are no overly complicated motivations, just two people with drastically opposed ideologies having a fight. I like it.

Prediction: This is a bold one, but I believe Lacey Evans will pull off a major upset. It seems highly improbable after Becky captured the gold in the main event of WrestleMania by pinning Ronda Rousey, but I think this is where Lacey’s push begins. Becky is now at a point of credibility where she doesn’t need the title to be relevant, her position in the company pecking order has her right alongside the likes of Roman Reigns and Seth Rollins. Lacey getting the shock win would piss people off, and she’d be able to work wonders with that level of heat.

In a rematch from Super Showdown, Baron Corbin is inexplicably in another world title match on a major show. I don’t dislike Corbin, but when you’ve got such a stacked roster, is he really the guy for this spot? Rollins had a great role on Raw this week, as he manically destroyed everybody with a chair who dared even considering being Corbin’s hand-picked special guest referee. As of right now, the ref is still unannounced, and it will likely remain that way until Sunday. I don’t know about you, but I’d love it to be Brock Lesnar.

Prediction: I don’t think anyone realistically expects Baron to win the Universal Title, now or…well, ever. He’s a solid upper midcard heel, but he’s not world champion material. Having said that, Jinder Mahal was WWE Champion for six months so anything’s possible. Regardless, Seth Rollins is probably going to get another retention.

Dolph Ziggler should be the poster child for “Don’t ask, don’t get.” He’s now had two WWE Title matches granted to him by Kofi Kingston because he asked for them. He didn’t need to win any matches; he didn’t need to put on an eye catching performance. Nope, he just showed up and demanded it. We’re now seeing a re-run of a rivalry that dominated the early 2010s in WWE, only this time there’s a world title in the balance. With the steel cage stipulation, I’m sure the two veterans can conjure up some creative spots.

Prediction: Is Dolph Ziggler really going to be winning a world championship in 2019? I don’t want to sound too dismissive of Dolph, he’s put in the years to earn some serious street cred. It’s just that after Kofi Kingston went on the journey he did to get the gold, it’s hard to imagine a scenario other than him winning.