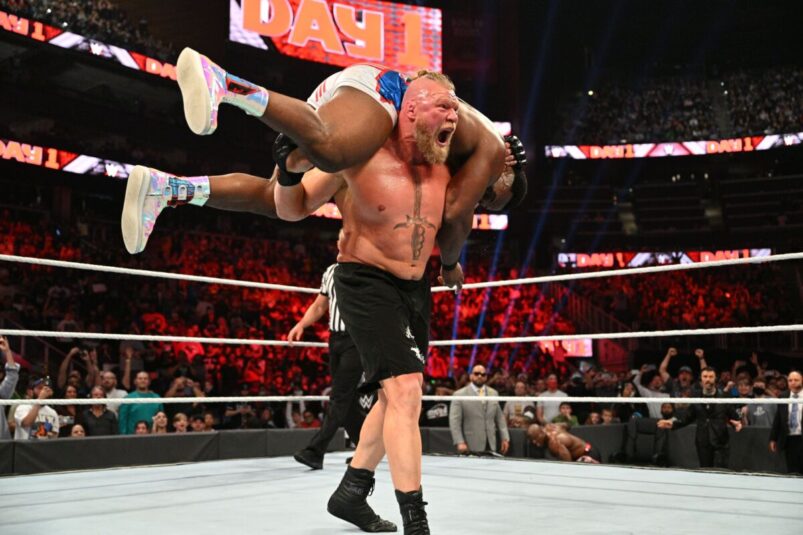 WWE fans were taken off guard this past weekend when ‘The Beast Incarnate’ reigned supreme in the Day 1 main event, defeating Big E, Bobby Lashley, Seth Rollins and Kevin Owens to reclaim the WWE Championship. With this slight change of direction, this has now provided us with the possibility of the long-awaited dream match between the former UFC Fighter Lesnar and Bobby Lashley.

These plans have since been confirmed by Dave Meltzer, who stated that the seeds have been planted for a title bout between the two in the near future. This will mark the first time the two superstars have competed against one another despite being compared more often than any other wrestler on today’s roster.

Both superstars have credible backgrounds in both pro wrestling and MMA, so it should be very interesting to see the absolute hoss-off that will go down when this match eventually materialises. It would be safe to assume that WWE will likely have this match penned for the upcoming Royal Rumble event at the end of January.

As far as plans go for the other three superstars involved in the match, including those of former WWE Champion, Big E, that is still up in the air. Here’s hoping tonight’s episode of RAW provides everyone with some direction heading into one of the biggest wrestling events of the year.