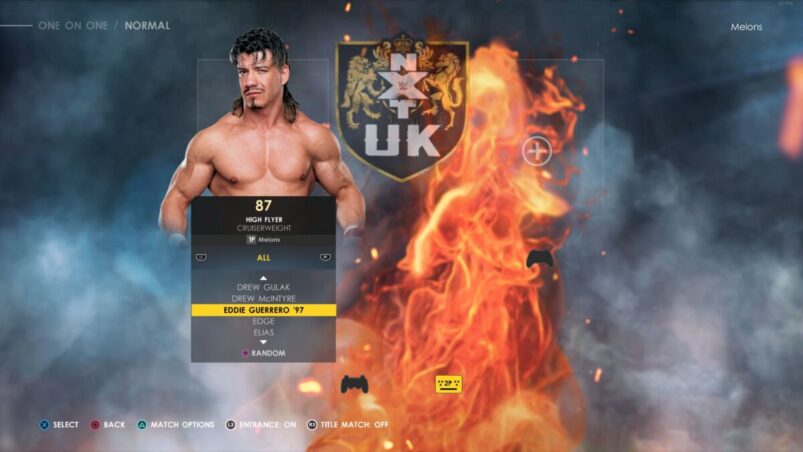 Eddie Guerrero is one of the most famous and beloved wrestlers of all time, especially for fans of the Ruthless Aggression Era, and he’s a playable character on the WWE 2K22 roster, but you have to unlock him first.

To unlock Eddie Guerrero in 2K22, players must defeat him and complete all objectives in the first match in Rey Mysterio’s Showcase mode: the iconic WCW Cruiserweight Championship match at Halloween Havoc ’97. The Eddie Guerrero ’97 version (rated 87) will be yours to use.

Players can also unlock the WWE version of Eddie by defeating him and completing all the objectives in the next match, Rey and Eddie’s showdown at WrestleMania 21. Players will unlock Eddie Guerrero ’04 (90 rated), which also comes with two different attires.

Completing objectives is easy, as you can always pause for a hint if you are stuck. Just remember that specific combos mean a move that has the last input of the type on the right on your combo list in your pause menu. For instance, if you’re asked to perform a heavy combo, use a combo that ends in X/A from that list.