Wrestlemania 32: WWE Has Finally Forgotten How To Make New Stars 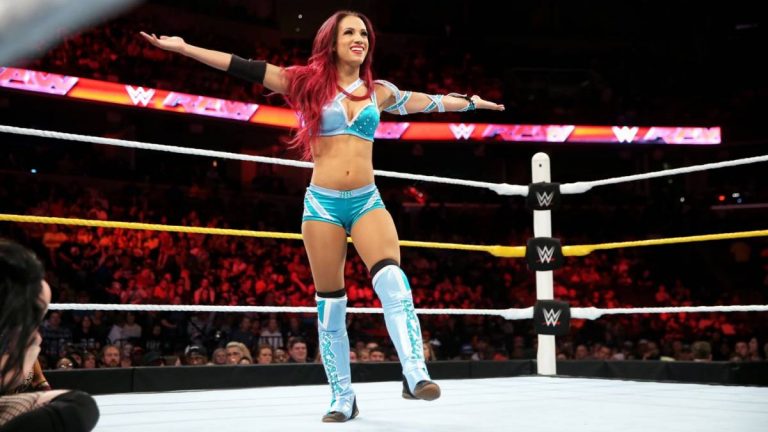 Right now, World Wrestling Entertainment should heed the words of Captain Jack Sparrow as it surveys the wreckage of its exhilarating but short-termist Wrestlemania 32.

Being an adult wrestling fan is a strange experience. Aside from the unspoken judgement slathered upon you by more sensible people in your life, there’s the reality that what you’re seeing is not real competition. Sure, you’re watching trained athletes, and by some accounts the training involved to be a modern pro wrestler puts even MMA training to shame.

Thing is, we know it’s scripted. Or at least, we know the outcomes are predetermined and many performers are portraying carefully constructed characters. We know it’s a story and not a sport, and the hardcore fans of 2016 are sure as hell going to let you know when you’re offering a poor story or a boring character.

WWE’s fans have been growing restless for years now. Inconsistent stories, fan favourite wrestlers getting buried, certain performers cherry picked for greatness. Despite all this though, the world’s biggest wrestling company has always given us a reason to come back. On Sunday at Wrestlemania 32 though, WWE may have finally revealed their hand: they no longer know how to create new stars.

Up against a slew of injuries and sloppy, back-of-cigarette-packet booking, the card for Wrestlemania honestly had huge potential.

Fan favourites were lined up to have potentially big, star making moments. Everyone’s favourite loose cannon Dean Ambrose, global superstar A.J. Styles, the boss Sasha Banks and future hall of fame tag team The New Day were all ready to be catapulted to super-stardom. No other night of the year has the star making power of Wrestlemania. It’s the event that made Shawn Michaels, Steve Austin, John Cena and The Undertaker pop culture icons.

Unfortunately, the creative minds guiding the WWE ship seem far more interested in these stars of yesteryear than those who hold the company’s future success in their hands. It’s a problem longtime fans will be acutely aware of: former stars returning for a few short months or weeks, beating full-time performers, taking a fat paycheck then sliding back into retirement. The Rock has done it. Batista has done it. Brock Lesnar does it three or four times a year.

Wrestlemania 32 may prove to be the pivotal point for this problem; the moment when everyone realised WWE boss Vince McMahon wasn’t going to change his nostalgia-beats-the-future strategy. See, all four fan favourites I mentioned earlier (Ambrose, Styles, Banks and The New Day) lost.

There’s an argument, of course, that in wrestling you don’t have to win to become a star and this is true. Steve Austin lost to Bret Hart at Wrestlemania 13 and was transformed into the most popular dude in wrestling. But this year no such star making defeats were in evidence. The losses, while each different, will serve only to diminish each performer’s’ popularity and put the brakes on their momentum, which is sad for two reasons: firstly, the quality of actual wrestling here was outstanding, and secondly, had they taken a win instead of a loss every one of them would have added to their starpower.

Ultimately, starpower is what WWE is going to need in the next two to three years. Nostalgia acts are fine, but they are a non-renewable energy source. Every time we see The Rock or Shawn Michaels again their power to make us mark out is diminished, and within a few years neither are going to be willing or able to put on one off matches to boost ratings. Through their greedy desire for short term boosts from long ago stars, WWE has forgotten how to make new ones.

The tragedy, of course, is that making a new star really isn’t that hard. Look at who the live crowds are cheering for, give them an indestructible bad guy to fight and then have them vanquish the villain on the grandest stage of them all.

This simple formula makes it all the more baffling to fans when they see the one man WWE decided to make a big star this year. Roman Reigns, the heir apparent to WWE’s long time headliner John Cena, has been building up to his crowning moment for almost two years. He’s had an indestructible foe to fight in the form of Triple H and The Authority, and at Wrestlemania 32 the young Samoan did indeed defeat his nemesis. The problem though? No one was cheering for him.

It’s ‘known’ amongst more devoted wrestling fans that Roman Reigns is a favourite of Vince McMahon. Since leaving The Shield (an incredibly popular wrestling faction which journeyed from bad guys to fan favourites) in 2014, Reigns has been ‘pushed’ to the main event and made to look like the unbeatable hero. The guy rarely loses and is talked up heavily by commentary. He’s the blue chip sports star – the Peyton Manning of pro-wrestling. Except the fans are much more keen on his former Shield teammates (the aforementioned Dean Ambrose and Seth Rollins, greatest wrestler of his generation). It’s these two that fans want to see slay the bad guy, and if WWE let them, they’ll have their next Steve Austin and Shawn Michaels. Right now Reigns isn’t the hero we want, and nothing WWE tries is changing that.

Wrestlemania 32 was an entertaining show with some fantastic wrestling, jaw-dropping spots and genuine goosebump moments. But it revealed one thing: WWE sincerely doesn’t realise just how much it needs new stars. The victor of the Monday Night Wars has grown fat and complacent on its throne like the Roman Empire on the eve of its collapse. Potential main event stars sit idly on the midcard, growing older and staler when they should be being built to draw crowds. The WWE is unaware that it should even be building them up. Have they forgotten how to make new stars, or have they forgotten that they’re supposed to?