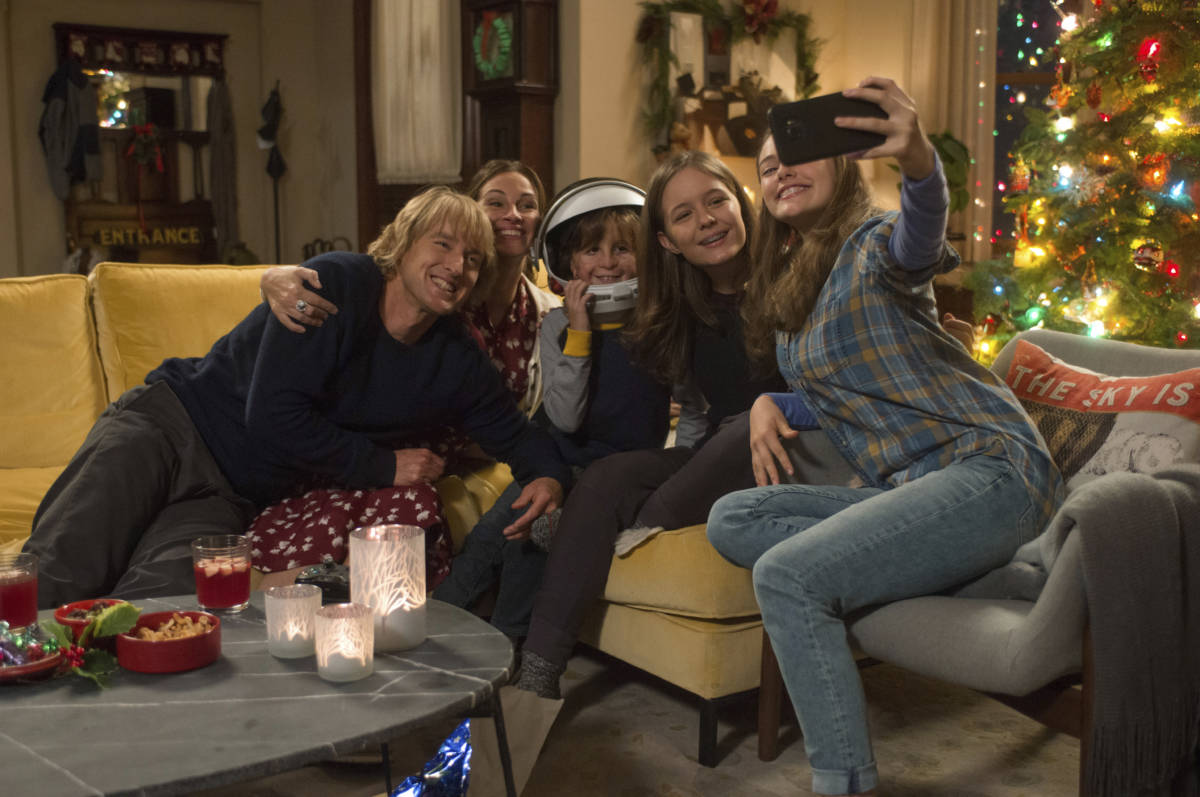 From L to R: Owen Wilson as “Nate,” Julia Roberts as “Isabel,” Jacob Tremblay as “Auggie,” Izabela Vidovic as “Via” and Danielle Rose Russell as “Miranda” in WONDER. Photo by Dale Robinette.

As inspirational as Wonder may be, the thing that bothered me the most about the film was the casting of an able-bodied actor in the role of a character suffering from a disability.

Wonder gives is the inspirational story of August “Auggie” Pullman (Jacob Tremblay), a 5th grader who was born with facial deformities as a result of a genetic mutation. Auggie lives at home with his parents, Isabel (Julia Roberts) and Nate (Owen Wilson), and sister, Olivia “Via” Pullman (Izabela Vidovic).

Home-schooled for his entire life, Auggie makes the switch to a private school, where he quickly learns that he was born to stand out. Principal Tushman (Mandy Patinkin), no doubt bullied for his name alone, assigns three students to tour Auggie around the school: low-income student Jack Will (Noah Jupe), eventual bully Julian (Bryce Gheisar), and Broadway aficionado Charlotte (Elle McKinnon, a newcomer who is sure to be around for some time to come). Tushman sees something in Jack Will that the fifth grader is yet to see in himself.

No longer able to hide between the NASA helmet given to him by Via’s best friend, Miranda (Danielle Rose Russell), Auggie has to learn to fend for himself. As his classmates struggle to accept him given his facial deformities, the school year takes him on a journey that shows that patience pays off when his classmates and teachers prove that there is both compassion and acceptance.

As the film dives into the story, headlined by chapters told through the eyes of Auggie, Via, Jack Will, and Miranda, more is learned about the backstory, such as why Via and her best friend Miranda aren’t talking. It’s one that breaks your heart but when it comes to Wonder, it can tug at the emotions.

Filmmakers ask the audience to choose kindness, but would they have done so if an actor suffering from Treacher-Collins Syndrome, a genetic mutation that leads to a different bone makeup, had auditioned for the role? Would such an actor even be considered to read for the role or would they have simply be asked to walk away? Knowing a disabled critic and having watched the R-rated police comedy Special Unit –starring disabled actors in a film that can only be described as Mel Brooks directing Lethal Weapon– recently, it leads one to reflect on the lens in which the film is being viewed.

It took a lot of deep thought, but one really has to think twice in watching this film where –again– an able-bodied person is playing a character with a disability. It’s the kind of casting that recently led to negative criticism of Alec Baldwin playing a blind character in Blind.

This isn’t to take anything away from Jacob Tremblay, who broke through as a performer in Room, except for maybe questioning his decision to sign on for this summer’s disaster, The Book of Henry. An impressive actor at such a young age, you can’t help but wonder how Tremblay must have felt about the film’s Star Wars references while filming.

One of the main messages to be taken away from Wonder is how bullying doesn’t only affect the children being bullied but their families as well. There’s no denying the impact that bullying has on their parents and siblings. Sometimes, it’s the siblings who come through as their best friend and that’s exactly what happens in the relationship between Auggie and Via.

Casting issues aside, Wonder is an emotionally powerful film and it’s a one-two emotional punch when paired with Disney-Pixar’s Coco.