Why You Should Be Playing Gigantic 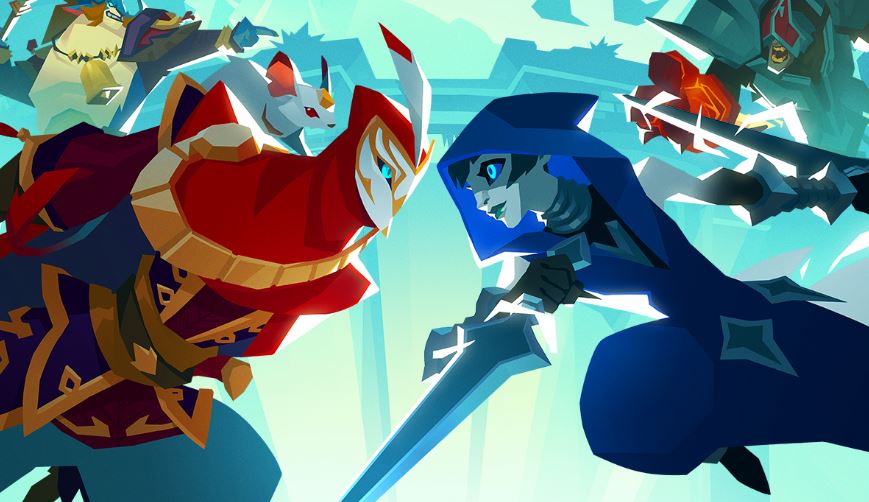 The world of MOBAs is currently one of the most popular but crowded genres available in the gaming landscape. With the success of games like League of Legends and SMITE, one such title has existed on the periphery. Only now has the game begun to gain some traction, but there’s still some who haven’t experienced it yet. We present to you: Gigantic.

At first glance, it’s easy to dismiss Gigantic as yet another Overwatch/Battleborn style shooter, with a vibrant art style and colourful characters that look straight from some kind of animated movie. And yes, that is an easy comparison to make that holds some modicum of validation, but the truth runs much deeper than that. If anything, Gigantic holds more similarity to a game like SMITE, yet borrows enough from other sources to create something completely different.

Like SMITE, Gigantic is a 5v5 objective based game, with player trying to kill the enemy guardian whilst defending their own. To do that, you have to earn enough points by killing players, killing enemy creatures and summoning your own. The creatures themselves act almost like towers in SMITE, attacking enemy players daft enough try and take them down, but also imbue your team with buffs like revealing enemies or healing teammates in a certain range.

Once you’ve earned enough points, your guardian will begin to rampage, making a beeline for the opposing guardian. Only during this weakened state can you do damage to the enemy guardian, and dealing enough will cause a wound. First team to score 3 wounds wins the match and bragging rights. Losers go home and re-assess their priorities in life.

It’s a simple enough premise, but one that appears uniquely equipped to generate genuine back-and-forth gameplay. Most tower/objective based MOBAs can be won on the strength of one push alone, which is impossible here. In Gigantic, it’s the most consistently well performed team that will win the day. You might think you’re sitting pretty after scoring a wound, but the respawning enemy team can easily counter attack if you don’t retreat in time, giving them a headstart in the race to the next rampage.

Of course, a game like Gigantic is nothing without a varied cast of quality characters, and there are plenty of highlights in the 20+ roster. Characters like Lord Knossos and The Margrave are damage dealing beasts designed to arrive, raise hell and leave, whilst snipers like Imani pick off the stragglers from long range. Then there’s Pakko, the cutest furball you ever did see. Look at him. Look into his eyes, and find them bereft of mercy.

Each character has their basic attacks and 4 unique abilities which vary depending upon the character in question. 3 of those abilities are your standard buffs, charge attacks and mobility powers that suffer cooldown, whilst your last ability, the Focus Ability, is earnt by dealing and receiving damage. It’s all bread and butter MOBA gameplay, except for the Focus Ability. You can earn up to 3 levels of focus, with level improving the level of damage or range or amount stun dealt to the opponent. Focus is also used to upgrade summoned creatures, so there’s a decision to make between saving it or spending it.

There are also no minions, jungles, camps or purchasable items like there are in other MOBAs. You can level up your abilities as you earn XP in game similar to Battleborn, where you choose between two buffs as you level up, but for the most part Gigantic represents a purer form of PvP combat. Kills and deaths aren’t determined by who obtained the damage power-up or how a certain player built their loadout; the order of the day here is skill and teamwork.

And this is why, more than anything, people should play Gigantic, as it takes the core concepts of MOBAs and simplifies them. Some people might call that “dumbing down”, but the genre has somewhat of a reputation of being difficult for new players, and there’s enough strategy to ensure that player don’t master the game immediately. Still, if MOBAs seem intent of providing a difficulty curve fit to be described by most as “insurmountable”, Gigantic should be championed for offering players a simpler alternative. Plus, it’s free to play, so why haven’t you downloaded it already?