Why Season 8 Is The Best Season Of The Simpsons

Season 8 is arguably the pinnacle of the show's indisputable golden age. 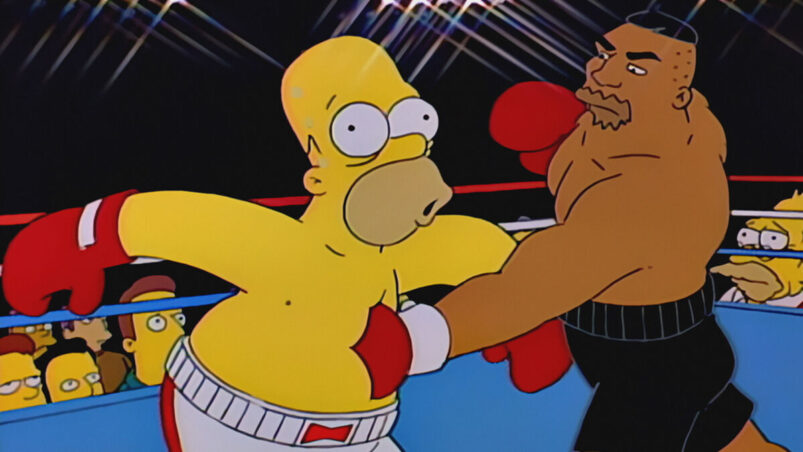 To me, and many others, the ‘Golden Age’ of The Simpsons isn’t just the show’s pinnacle, rather it’s the finest run enjoyed by any programme in the history of television, an unassailable peak to which all others must vainly aspire. Today and for many days in the future, writers will cite Matt Groening’s long-running animated sitcom as the standard to which they hold all else.

This fabled ‘Golden Age’ is usually cited as roughly Seasons 1-10, the consensus varying depending on who you ask but always couched in the same vehement, passionate terms. The show’s greatest season undoubtedly falls within one of these 10 or so seasons, fans usually zoning in on 3-8 as the absolute sweet spot of their beloved creation.

Before The Simpsons started on its long, gradual decline, it would reach an unassailable summit, an apex that marks it out as the finest term in the finest period of the perhaps finest show ever made. Season 8 of The Simpsons could very reasonably be argued as one of the best seasons of television of its generation.

The competition it faces from other seasons is fierce: Season 5 featured Homer’s venture into space and paired Bart with a rampaging elephant, the quite brilliant Season 6 asked ‘Who Shot Mr. Burns?’, while the glorious Season 7 tugged heartstrings as Homer reconciled with his mother and Lisa questioned her desire to eat innocent lambs.

Vying perhaps most strongly as contender for the crown, the near-incomparable Season 4 blended pathos and wit as Marge fought the Monorail, Lisa broke Ralph’s heart, and Homer enraged the Almighty himself by ducking church. What could Season 8 possibly offer to overcome such mighty competition?

For starters, Season 8 features perhaps the most striking evidence of the show’s ability to create timeless characters with startling regularity and within the shortest amount of screentime possible. The writers on The Simpsons always showed a remarkable knack to create classic characters seemingly at will, from Phil Hartman’s charlatan huckster Lyle Lanley from ‘Marge vs. the Monorail’ to devious Meryl Streep-voiced hellraiser Jessica Lovejoy from ‘Bart’s Girlfriend’, two classic introductions who barely spent ten minutes on screen between them. 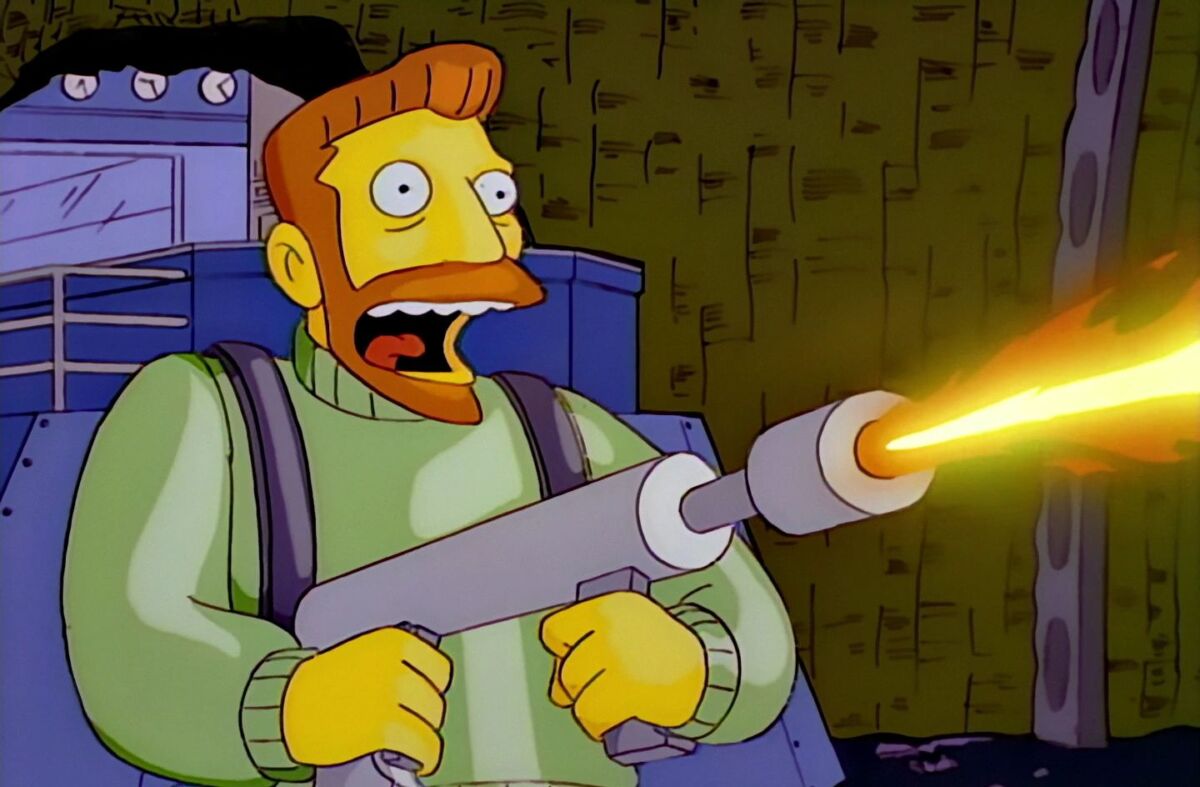 One-timers aside, the Simpsons’ ‘best’ season also treats its own central protagonists with a respect that would ultimately wither and perish as the show continued its run. Season 8 is constructed on the understanding that for a truly satisfying episode, these protagonists must, to cite Dan Harmon’s story circle structure, ultimately follow a cohesive narrative arc in which, ideally, they experience some form of apparent growth.

Naked didacticism and moral preaching have never been high on The Simpsons’ agenda, but what’s striking about Season 8 is how often the writers employ some form of progressive character arc to effect the most satisfying resolution to each narrative. In ‘The Old Man and The Lisa’, Mr. Burns’ attempts at learning humility may ultimately lead him to become an “even more evil” version of himself, but it is Lisa’s decision not to accept the ill-gotten money gained from Burns’ ‘recycling plant’ that provides her a chance for spiritual growth and ultimately a place as the family’s true moral compass.

In the brilliant ‘Homer’s Phobia’, these arcs are admittedly less subtle. Homer’s attempts to masculinise Bart for fear of John’s gay influence are hilariously misguided, but it’s still a satisfying conclusion for Homer to realise that most of his homophobic ideas are woefully misguided. John’s closing remarks to Homer that “I won your respect, and all I had to do was save your life” serve as a sly reminder that the gay community shouldn’t have to perform such exploits in the first place to gain social acceptance.

The surreal, ayahuasca-inspired trip ‘El Viaje Misterioso de Neustro Jomer’, meanwhile, is more of a re-establishment of one of the show’s evident truths, its third act dedicated to Homer fretting over whether or not Marge is his soulmate. Establishing something the audience already took for granted isn’t quite as satisfying as Homer’s revelations about homosexuals, but it still shows the writers trying to anchor each narrative in their central characters.

Continually rooting the series in the show’s characters allows it to explore some of its finest stories without ever becoming cloying or losing focus on its comedic strengths. Later series have been criticised for veering too easily into caricature and throwaway stories centring on Homer’s wacky antics or Bart’s errant behaviour, but Season 8 sees The Simpsons striking a perfect balance at a time fans would later see as a period of transition from sincerity to silliness. Season 8, it feels, sits beautifully in the sweet spot.

A single line from ‘A Milhouse Divided’, in which Kirk and Luanne go through a tricky divorce, summarises this line straddling beautifully. “I sleep in a racing car, do you?” the newly-single Kirk boasts as he shows off his new bachelor pad, to which Homer replies with deadpan earnestness: “I sleep in a big bed with my wife.” The honest brutality of Homer’s delivery, coupled with Kirk’s crestfallen realisation of his own loneliness, elicits as much mirth as it does audience sympathy. Likewise, in ‘The Canine Mutiny’, Homer’s advice that an inconsolable Bart should “eat can after can of dog food” so that his tears smell like dog food is a beautiful counterbalance to Bart’s heartbreaking distress at losing his canine best friend.

Complexities aside, few seasons can boast the sort of consistency of their output as Season 8. Treehouse of Horror VII is one of the best of all time, while ‘You Only Move Twice’, ‘Hurricane Neddy’, ‘El Viaje Misterioso…’, ‘The Springfield Files’, ‘Mountain of Madness’, ‘Homer’s Phobia’, ‘Homer vs. the 18th Amendment’ and ‘Homer’s Enemy’ easily rank as some of the most iconic Simpsons episodes ever.

At worst, ‘Homer’s Enemy’ has a minority of fans who consider it too dark to be enjoyable, and ‘The Simpsons Spin-Off Showcase’ remains probably the least loved of the entire batch, but the overall picture is one of overwhelmingly consistent quality. ‘Spin-Off Showcase’ aside, IMDB places ‘The Canine Mutiny’ and ‘Burns, Baby Burns’ as the seasons’ two lowest-rated episodes with 7.6 and 7.8 respectively. To put that in perspective, only one episode from seasons 12 – 18 reaches a 7.8, Season 13’s ‘Papa’s Got a Brand New Badge’.

There’s simply too much great material to be too in-depth with one’s eulogising, but it’s worth mentioning the season’s two standout episodes: ‘Homer’s Enemy’ and ‘You Only Move Twice’. The latter is Simpsons perfection: funny, engaging, subtly layered and fully character-driven, the great irony of the episode being that despite his maniacal genius, Hank Scorpio is one of the few characters to consistently show Homer the respect and support of which he has often been deprived.

An evil genius but ever the devoted boss, Scorpio’s Bond-esque theme explains his “twisted twin obsessions: his plot to rule the world and his employees’ health”. When Homer’s dream is shattered by his family’s desire to return to Springfield, it’s doubly comic that Homer has to leave a happiness created predominantly by a doomsday device-wielding madman.

‘YOMT’ is currently The Simpsons’ highest-rated episode, but ‘Homer’s Enemy’ sits just a place behind. Some fans feel that ‘Homer’s Enemy’ sees the start of so-called ‘Jerkass Homer’, but that seems an odd assessment for an episode literally dedicated to calling out the show’s patriarch for what he represents. Frank Grimes, the man who had to “work for everything he ever got”, is indignant at Homer’s stable suburban lifestyle despite a “lifetime of sloth and ignorance”, labelling him a “total fraud” who represents “what’s wrong with America”. 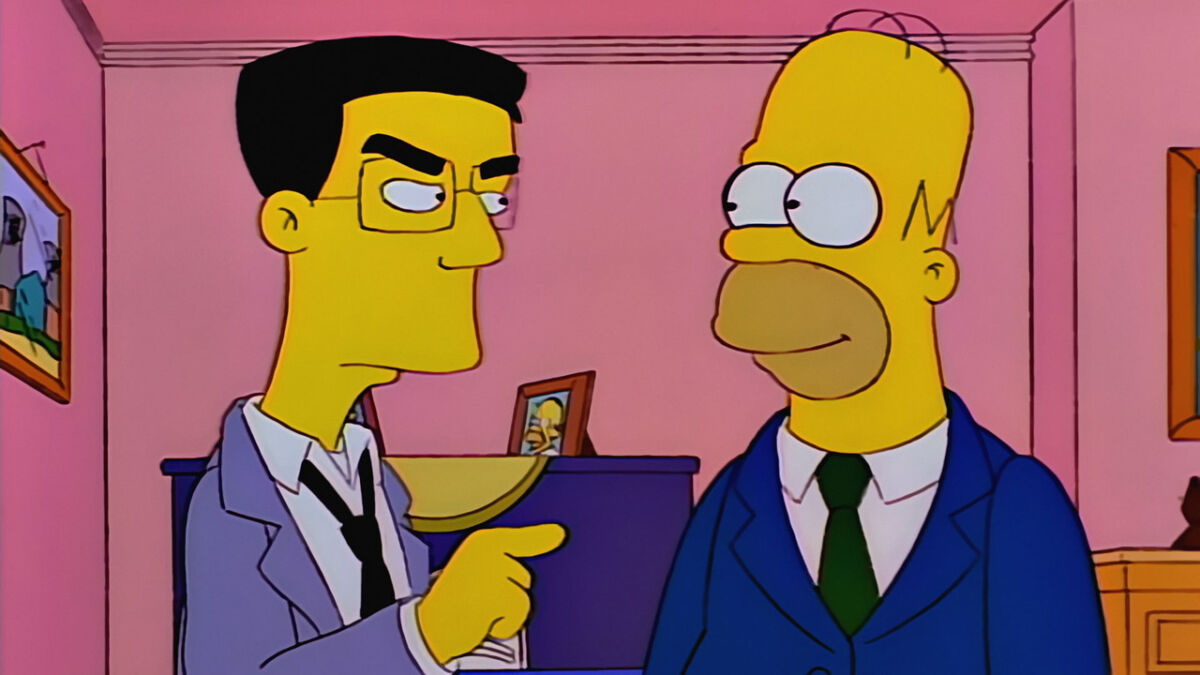 The darkly comic streak of ‘Homer’s Enemy’, in which Grimes’ incredulity at Homer’s blatant incompetence builds to an irrepressible breakdown, is a joy to behold. Of all the episode’s peerless one-liners, Homer’s reaction to Grimes’ declaration of this hatred is one of the finest:

“I don’t like you, Simpson, in fact I hate you. Stay the hell away from me. Because from now on, we’re enemies”.
“Ok…do I have to do anything?”

Choosing the best season of The Simpsons is like proclaiming to have found the one true religion: they’ve all got their good points and you’re convincing no one if they’ve already made up their mind. Consider this less of a challenge to your convictions and more a personal eulogy to a season that epitomises the best of what a great show can be, the (probable) apex of something that means so much to so many. If nothing else, Season 8 isn’t just one of the greatest seasons of The Simpsons ever, it was likely the apogee of an entire decade of television.

READ MORE: The Simpsons Season 1: A Revisit Thirty Years On