Why Marvel Shouldn’t Give Us Anything More Before Avengers 4

The single trailer for Avengers 4 should be the first and last thing we see of it until April. 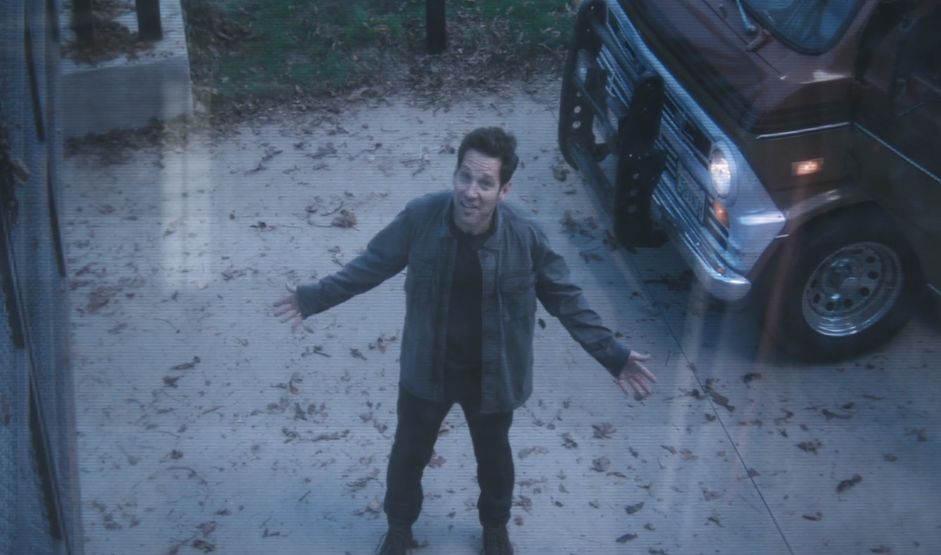 I never really bought into the outrage that some parties seemed to have over the absence of a trailer for the fourth Avengers film, now known to be titled Avengers: Endgame. Some corners of the internet seemed to be generally upset that we weren’t being shown footage for a film that everyone knew they were going to see. And now that the trailer has dropped, I’m especially glad that I didn’t buy into that, as if you were looking for details on the contents of the film, then this trailer will probably still leave you wanting.

But therein lies the trailer’s beauty.

The trailer opens with Tony Stark trapped on the Guardians’ spaceship, the Benatar, drifting aimlessly in space. Food and water have run out, and the oxygen will soon follow suit. Presumably the only person Stark has had contact with since the end of Avengers: Infinity War is Nebula, someone he’d never met prior to those events, and now he’s making one final attempt to send a message to his fiance Pepper Potts via his Iron Man helmet. It’s a sad scene, made all the more brutal by the fact that audiences know, from Stark’s point-of-view, that he has no way of knowing who has lived or died, beyond watching Spider-Man, Doctor Strange and the Guardians fade away some days prior. Furthermore, it really highlights the development Tony Stark has had over the years, having transformed from a self-absorbed superhero forcing his way into the spotlight, to a man who has sacrificed everything and been rewarded for his troubles with a lonely, empty death. This also speaks to Robert Downey Jr.’s acting, and how a scene of him monologuing can make for heart-wrenching viewing.

The trailer then jumps to Earth, where we get to see the rest of the original Avengers, as Captain America and Black Widow discuss their monumental loss at the hands of Thanos. Again, the setting is a solemn one, and while they seem to have formed some sort of plan as to how to set things right, it’s clear from Cap’s lines that they’re not one-hundred percent sure that everything will ever be alright again. In just a few minutes, and having focused on only three characters, the trailer has already demonstrated how broken these heroes are.

While sparse in plot points, the trailer is rich in character details, and speaks volumes to fans and comic-book readers. Shots like Hawkeye adorned in his Ronin garb, cleaning his sword in the rain, tells us that Clint has lost his family in the ‘decimation’; his family who were essentially his whole world, as we saw in Avengers: Age of Ultron. Similarly, seeing Paul Rudd’s Scott Lang show up at the end would seem strange to the uninitiated, but to avid Marvel fans, we know that his arrival means he’s managed to find a way to escape the Quantum Realm without the aid of the Pym family.

This trailer also speaks to the evolution of Marvel Studios. In its own way, it exudes confidence. Six years ago, we saw several trailers for The Avengers. Its follow-up, three years later, had so many trailers and TV spots that watchers could accurately predict the entire movie almost beat for beat. But that was a younger Marvel Studios, one that, on some level, still had to sell their movies. Now, ten years on from Iron Man, they know that these bigger epics sell themselves. Even the title of the film wasn’t known until the trailer’s end, which is fine, because Marvel know that people are going to turn up for this movie even if they didn’t market it at all. They also know that, with this small bit of marketing, they don’t need to focus on misdirection like they did in Infinity War, they can just give people the basics and watch the rampant speculation ensue.

In that regard, needing more details in the trailer is pointless, as we know that trickery may be afoot, and we may not be able to actually trust what we see (such as the Hulk being a part of the final Infinity War charge). With a limited amount of details, we can pore over every scene and understand that what we’re being shown is genuine. More importantly, we can understand both the tone of the movie and the stakes our characters face, not just from outward threats like Thanos, but also from inner demons and the knowledge that their failure; their unwillingness to make sacrifices cost half the universe their lives.

That in itself is really all we need to know going into Avengers: Endgame. Any further details aren’t needed to hype up this movie. With Endgame being a direct follow-up to Infinity War, we don’t need a primer as to where we are, as we already know the threat they’re facing and what the stakes are. We know that eventually the Avengers will beat Thanos and Spider-Man and co. will be back in time for Spider-Man: Far From Home come July. The how is obviously important, but any nods to that in trailers will just ruin the movie-going experience. If anything, due to how recent Infinity War was, at most, all we needed was a primer to just realign Endgame as the must-see movie of 2019.

And now we’ve had it, so Marvel shouldn’t give us anything else in the way of trailers going forward. Everyone’s ready for Endgame, and no matter what happens, we all know it’s going to be a hell of a ride.