Why a Vote for UKIP is a Wasted Vote 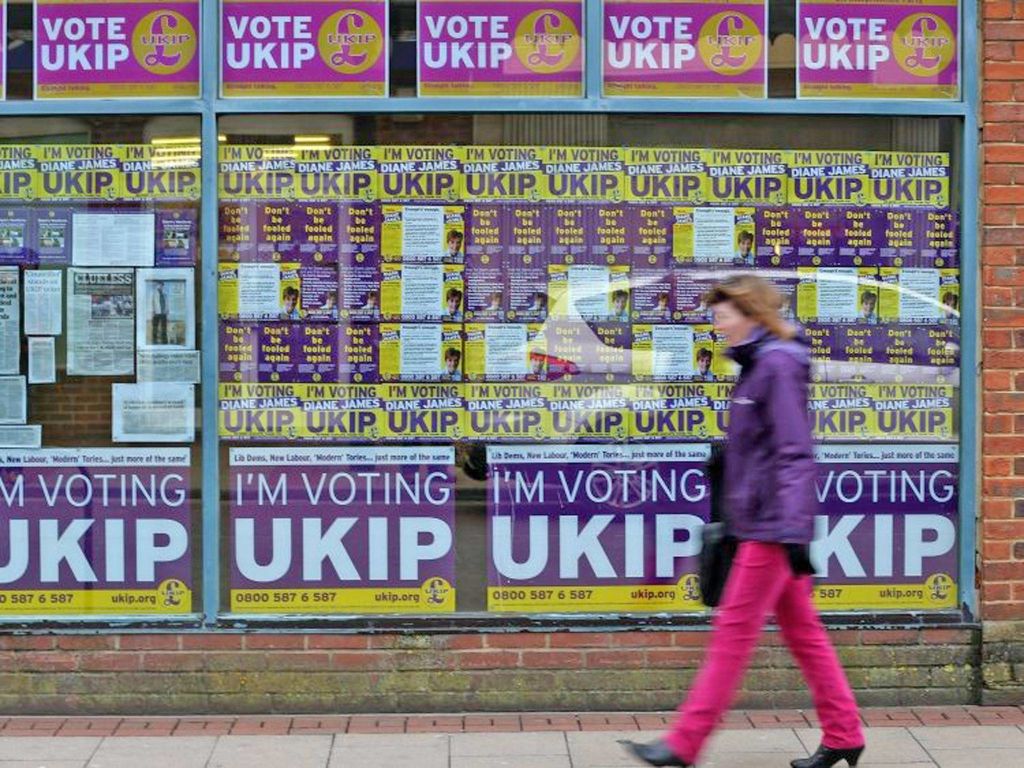 New contributor William Edwards on why a vote for UKIP may not go as far as you’d think.

Come May, the people of Britain will be heading to the polling stations to vote in the European elections. When I say ‘the people of Britain’, I mean all 35% of those who can actually be bothered to vote in European elections. That number will no doubt decrease this year because Russell Brand has now probably convinced half of the country not to vote, because of his ridiculous interview with Jeremy Paxman. The party who’s expected to sweep up all of the seats, delegated to Britain, is UKIP. It seems that as of late, you can’t watch the news without hearing about UKIP. This gaffe prone party is capitalising on the growing euroscepiticism and xenophobia in the UK and is sucking in voters from the 3 major parties. Disgruntled workers who are angry at immigration are turning their backs on the Labour Party, small co-conservatives who would rather move the UK into the middle of the Atlantic than sign another EU treaty are leaving the Conservatives, and anyone who was pissed off at the two biggest parties won’t be voting for the Liberal Democrats in protest anymore, because they’re a party in government now. 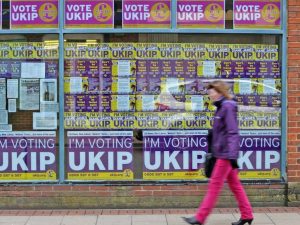 UKIP are using Euroscepticism as a reactionary tool, which would probably make Metternich recoil, and have gained a lot of support with some polls ranking them higher than the Lib Dems. UKIP currently have 9 MEPs and are set to double that in May. However, this could be absolutely disastrous for their constituents, the taxpayers, and the UK. This isn’t because they’re a party full of what I can only describe as men, who are the pissed bloke at the end of the bar shouting about ‘how this country has gone down hill and how back in his day…’ because that has been done by just about every party, paper and interest group. My plan is to explain why voting for UKIP is a wasted vote, this not because voting for UKIP would be a wasted democratic right for a party that has no chance of power, because the chances are they will come out the victors; but wasted rather in the sense that in terms of political competence they have proven, and will continue to do so that they are (in line with most European reactionary parties) just bad at doing their job as elected members of the European parliament.

A study by The Mirror last year showed that UKIP are a bunch of, for lack of a better phrase, lazy bastards, who turn up to, on average just short of, 32% of the votes in the European Parliament. Now, UKIP talk a lot about British taxpayers’ money being wasted by the Eurocrats in Brussels and they’re probably right, because giving £83,000 p/a to a bunch of racists who hardly show up is a bit of a waste of money. Nigel Farage MEP, self proclaimed hardest working politician managed to turn up to a mere 45% of the role call votes. Consider that for a second. The man who South East England elected to represent them has not represented them on more than half of the votes in the Parliament. If you’re a Eurosceptic or not, I’d be pretty pissed if I found out that the guy who promised to represent me and my views isn’t even bothering to turn up half of the time. Farage describes his party as a ‘libertarian’ party so you’d expect him to have been eager to vote in favour of the motion deciding whether EU documents be made more accessible to the public, on account of him being a libertarian and that. Well, he didn’t even turn up. His performance on his committee, when he was actually on one, is truly laughable. From February 2010 to January 2013 the Fisheries Committee met 42 times, of those 42 times Nigel attended once. Once. Let me repeat that again. Once. Now, when you’re in school and you don’t turn up to your lessons you expect some disciplinary action right? Sadly, the same doesn’t apply in the European Parliament so Nigel gets to pocket his expenses and tell everyone how the 3 major parties are letting the public down. Compare UKIP’s 32% to the attendance rate of the Liberal Democrats (87%), Labour (83%), and the Conservatives (80.%) then you can decide for yourself who’s letting the electorate down.

This sort of performance by UKIP MEPs is pretty much the norm. Paul Nuttall MEP has turned up to 42% of the votes, and has only turned up to 2 two of the 56 Environment, Public Health and Food Safety Committee meetings, he’s supposed to attend, since June 2010. Even those who do turn up to vote in the European Parliament fall asleep in the chamber, like Roger Helmer MEP who was caught in the act by photographers. Then there’s Godfrey Bloom MEP who turned up to 28% of the votes and got kicked out of the party because of his views on women and the infamous ‘Bongo-Bongo Land’ quote. This highlights another reason as to why voting UKIP is a wasted vote. The electoral system used for European elections is the closed-party-list system, so you just vote for a party, you’ve no idea who the candidate is as they’re all taken from a list, and those most loyal to the party are at the top of the list. This therefore means, that the person representing you potentially might not be a UKIP member come 2015 because he’s made some outrageous comment about how Muslims are creating time machines to resurrect Bin Laden, and will get kicked out of the party, which means the bloke representing you isn’t actually who you voted for. I say bloke, not because I immediately assume all politicians are men, but because this is a party who are predominately male and has been renowned for being particularly sexist.

Although I’ll never understand why, I am aware that there are people who are Eurosceptics, and want someone to vote for. Voting for UKIP in a European election won’t get you a way out of Europe though, what it will guarantee you though is; you not being represented on the European level, and potentially a representative who you didn’t actually want. They say that they’re the common sense party, well they lack any common sense when it comes to voting in the European parliament as they tend to vote down most legislation even if it could potentially be advantageous for Britain. So, all in all, I’m not saying don’t vote UKIP because they’re a bunch of racist, sexists, reactionaries. I understand that in the UK there are plenty of people who are racist, sexist, reactionaries. I’m saying don’t vote for UKIP because they are very poor politicians. In a representative democracy the minimum the electorate expect from their representatives is that they represent them. UKIP can’t even fulfill that duty. A UKIP spokesperson said, “It’s laughable to suggest Farage is lazy. His work rate is probably the highest of any MEP -it’s just he’s not doing what they’d like him to do. We’re not in Brussels to make the EU work. We’re there to do the bidding of those who vote for us, and that is a different thing.” I imagine those who did vote for UKIP didn’t vote for them to get paid a generous amount of money, and to fall asleep in the chamber or not show up at all.