Home
Opinion
Can You Use The Pebble Watch in 2020?
Tech
·4 min read

Is this early wearable showing signs of wear? 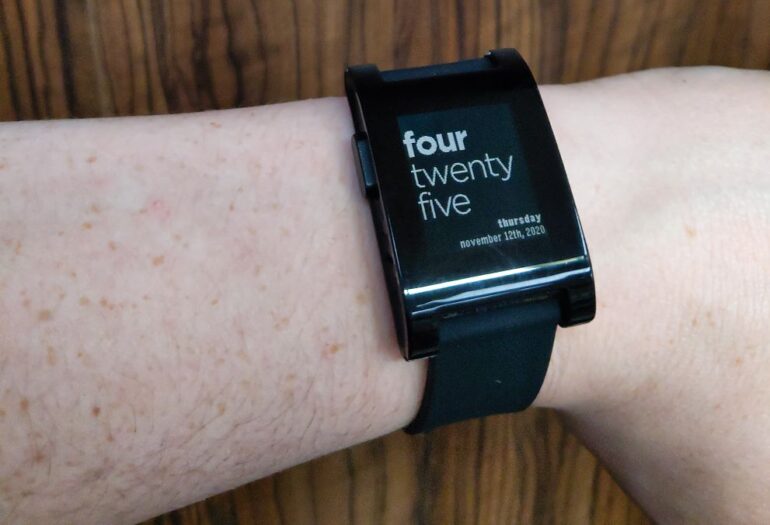 Smartwatches aren’t a new thing — you can even trace their use back to the 1980s. But it’s only within the last decade that they’ve come into many people’s spheres of daily use. Both Google and Apple, as expected, are major players in this market, with their WearOS and Apple Watch respectively. But they don’t totally control the market as they do with their smartphone operating systems, with companies like Samsung, Fitbit and Huawei all having solid offerings in this market.

However, a long while ago, just while the market was awakening, one other company made their mark on this growing tech market. In 2012, Pebble Technology launched a Kickstarter for their own smartwatch and raised a then record $10 million to create the Pebble watch. The watch shipped to backers in 2013, and although it received mixed reviews, it had a wonderful black and white e-paper display. This, teamed with a great battery life and customizable clock faces, made it a must have for many.

Sadly, Pebble Technology closed in 2016 and their business was purchased by Fitbit, ending support for the Pebble watch, as well as their other models. Recently, my watch strap broke, and it got me thinking about my Pebble watch. Firstly, where the hell was it, and secondly, is it still worth using in 2020? So I dug it out of a box in my utility room and hit the power button. Success, it unbelievably still had power, but it was critically low, so I charged it and, voila, in business.

It’s just as I remembered it: a simple setup with only four buttons, one on the left, three on the right. The top and bottom right hand buttons move up and down through vertical menus, with the center right button moving you forwards through menus as well as acting as the ‘accept’ button. The sole left hand button acts as ‘cancel’ and moves you backwards through menus. But you didn’t come here to listen to me talk about buttons and menus: does it actually work?

Well yes, surprisingly easily. Despite the company being gone for the last four years, the Pebble watch connected to my modern handset, running Android 10. Linked via a Bluetooth connection, the watch immediately picked up on my notifications and linked to my music apps, allowing me to skip through my Spotify playlist to my heart’s delight via the ‘up and down’ buttons.

One of the key points that originally attracted me to the Pebble watch was the changeable watchfaces. New watchfaces could be downloaded via the Pebble app, and if you’ve got the skill, you could even create your own and upload it for others to download. Now I’m sure you can see an issue. There’s no Pebble Technology anymore, so there’s no Pebble app anymore, either.

The apk file can still be downloaded from apk repositories, but as always, be careful what you download. Amazingly, the app still installs and runs, but that’s where your luck runs out. While the app does run and is useful to an extent, you cannot access the Pebble store, as that’s been down for some time. For a while there was a community app called Rebble, but after installing that app, I found that Rebble community support ended in 2018.

So, that looked to be that. But I kept looking for alternative ways of using my Pebble watch. After a quick Google, I discovered that there are still Pebble app repositories online, all downloadable. Once again, do be careful what you download, but I was happy to try.

I located my favourite watchface and downloaded it to my smartphone. Upon tapping on the downloaded file, I fully expected nothing to happen. Unexpectedly, the Rebble app sprung to life, installing the app, then doubly unexpectedly, the Pebble app opened. There sitting in my installed watchfaces was my watchface, back on my wrist like no time had passed at all. While the process sounds convoluted, it was actually rather simple, even if I did so by accident.

Now, this worked for Android, and frankly, I’ve no idea if something similar exists for iOS. iOS is much more closed off than Android, so there may be less community apps available, but as there are also millions of iPhone users, there may be people who have got it working fully. Basically, I’m saying I’ve no idea if it works on the iPhone. 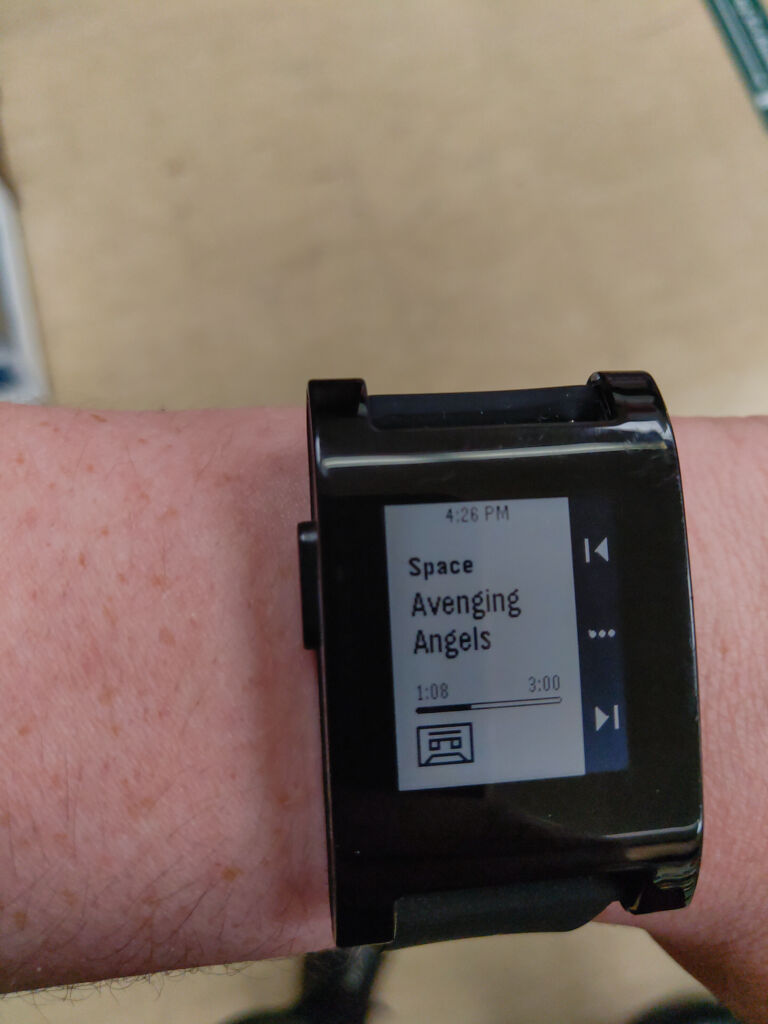 Likewise, I was not in a position to check if the Ubuntu Touch community app, RockWork, still works. I was, however, able to check the Sailfish OS community app, Rockpool, and it seemed to install and work fine, smoother than its Android equivalent in fact. It ran fine on my old Jolla Phone, with only the occasional hiccup when dealing with some Android apps running on Sailfish.

So overall, can you use the Pebble watch in 2020? Yes, you most certainly can. Okay, it may not measure up to its modern counterparts, it’s a little chunky, and the app selection isn’t the greatest. But it works and works well, and it is one stylish piece of early smartwatch tech.

READ NEXT: PS5 Games With Ray Tracing: The Complete List