15 Years Later, Is Troy More Than A Historical Travesty?

"If they ever tell my story let them say that I walked with giants." 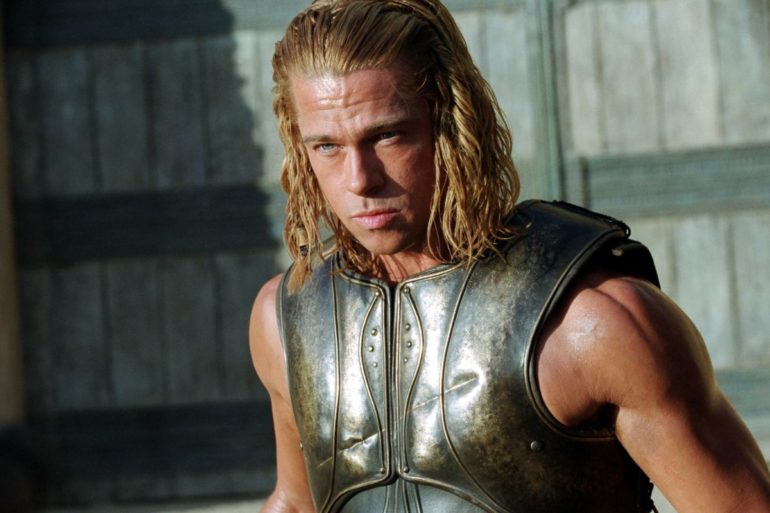 I have watched Troy many times over the years, not to fantasize about Brad Pitt mind you, but mainly because it pops up so frequently on cable TV. Of course I could very easily change the channel, though this seems like sheer hubris on my part – Eric Bana and Brad Pitt battling each other isn’t a sight you should skip over.

Troy didn’t thrive critically, scoring a mere 54% on Rotten Tomatoes due mainly to its dilution of its source material. According to an article from The Guardian, the reason for this score is due to Troy being a historical travesty. The author’s main gripe is the presence of llamas, which originate from Peru, thus making their appearance in the film about 2000 years too early. While I am equally scandalized by such zoological blasphemy, this isn’t a point of contention for me compared to the other discrepancies.

It is clear that the filmmakers didn’t consult a classicist, and the way the film pans out makes you wonder if anyone even bothered to skim the sparknotes version of The Iliad. If you are going to adapt Homer’s Iliad, there needs to be attention paid to the Gods. After all, it is their meddling that begins the Trojan War. I suppose director Wolfgang Petersen was in part constrained by the medium of film, as it would be fairly difficult to squeeze everything into a 2 hour movie if the Gods were included as part of the narrative as well.

Their absence in the narrative then results in many strange plot points, one of which is the Paris and Helen love story. In Greek mythology, Paris was sought to judge a beauty contest between Hera, Athena and Aphrodite. A smarter man would have run for the hills, but Paris chooses Aphrodite, because she bribes him with the prize of the most beautiful woman in the world – Helen, possessing “the face that launched a thousand ships”. Helen is objectified and removed of her agency, and while it does seem that in Troy she makes the choice to be with Paris because she loves him, we know nothing of Helen beyond that.

She is a beautiful shell of a woman who made a foolhardy decision that led to war and destruction of a city. The reason Troy falls is now because of a love story, and not due to a series of events instigated by the Gods. Hera, because of her bitterness, influences Zeus to get involved in the conflict, and though he would rather not, in the end he accedes because no one, not even a God, can stand a nagging wife.

Instead, Petersen turns Troy into a very human affair; Achilles (Pitt) is a weary war hero instead of a demi-god, Paris (Orlando Bloom) isn’t manipulated by Aphrodite but genuinely falls in love with Helen (Diane Kruger), and there is no Apollo coming to curse Achilles’ troops with a plague. In fact, Achilles isn’t God-fearing at all, allowing his men to desecrate Apollo’s temple, espousing that while the Gods may seem to have it all, they actually “envy us. They envy us because we’re mortal, because any moment may be our last. Everything is more beautiful because we’re doomed.”

It’s a great piece of dialogue, so great in fact that I know of people who have used Achilles’ words as pick-up lines. I suppose this is on par with Andrew Marvell’s poem To His Coy Mistress, where the persona tries to convince his mistress to have sex with him because time is finite. We are restrained by our mortality, no time to be coy or shy – YOLO, in other words.

The centrepiece of The Iliad is power, that is why men wage war, and while this is at play in Troy, the battles are merely there to highlight the humanity. Hector (Eric Bana) may be Troy’s best warrior, but it is the relationship with his family that draws our focus. He plays protective big brother to Paris, killing Menelaus (Brendan Gleeson) to save him, despite the dishonor involved. He is skeptical of Paris’ so-called love for Helen, telling him that he “knows nothing about dying, and [he] knows nothing about love”, but also helps him to defend his choice.

Most of the poignant moments in the movie revolve around Hector: his wife’s sobbing after she hears him die, our horror as we watch Achilles drag his body across the battlefield, and his father sneaking into Achilles’ camp to request the return of his son’s body. That scene is so heartbreaking; no parent wants to outlive their child. He kisses the hands of the man who killed his son, pleading for the return of his son’s body so he can perform the death rites and give Hector the send-off he rightly deserves.

His grief is so quiet yet so palpable. I can’t help but tear a little when he says, “I loved my boy from the moment he opened his eyes until the moment you closed them.” King Priam (Peter O’Toole) has just lost his heir, but it is love for his son that consumes him. Even Achilles, who came to Troy to seek glory and legacy through war, eventually abandons all that for love.

This is why I cannot scorn Troy for all its failings as an adaptation. It is a movie unafraid of death, understanding its purpose and willing to drench its narrative in the beauty of love. When Achilles tells Briseis (Rose Byrne) that she “gave [him] peace in a lifetime of war”, you can’t help but be moved. Yes, it is unbelievably corny, however, to hear someone confess that you help make the world stand still for them is infinitely romantic. If a lion among men can fall, maybe there’s hope for the rest of us.