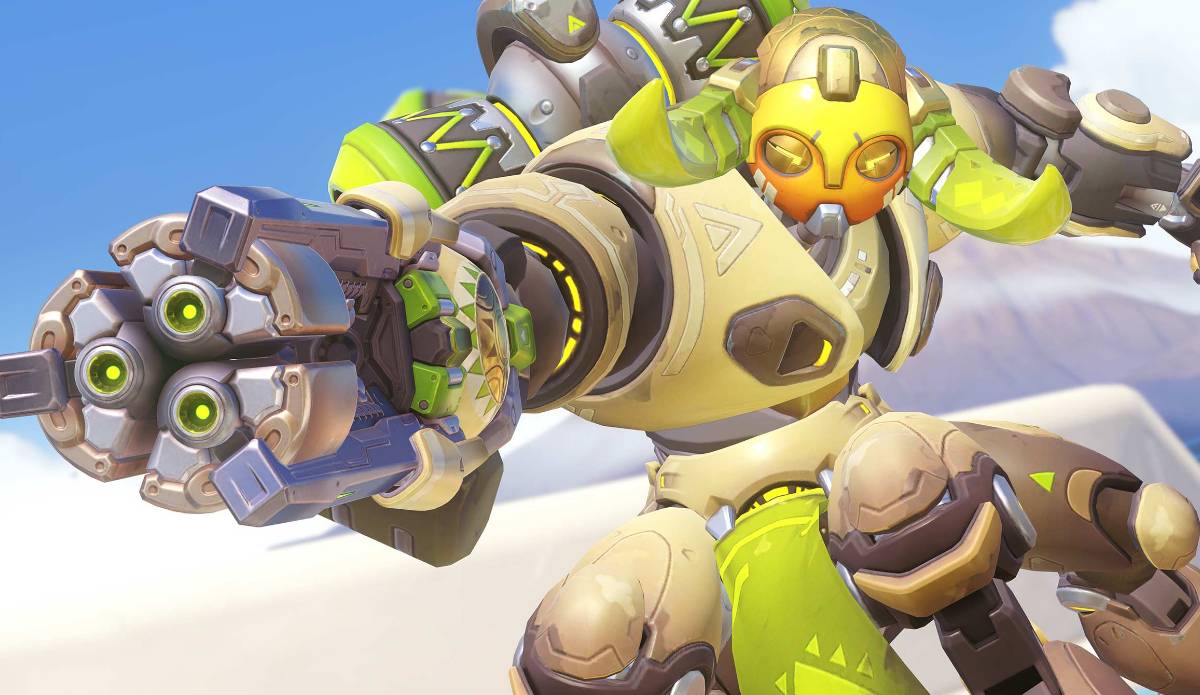 Orisa, Overwatch’s latest hero, has recently come off the PTR and gone live in-game, much to the excitement of players on all platforms. If you’ve been playing a lot of No Limits lately, you’re probably used to seeing at least two or three robot centaurs charging across your maps, but there’s still a lot to learn about Orisa before we see her enter Competitive mode.

Here are five tips to help you get started with playing Overwatch’s new hero:

BUDDY UP WITH THE RIGHT HEROES 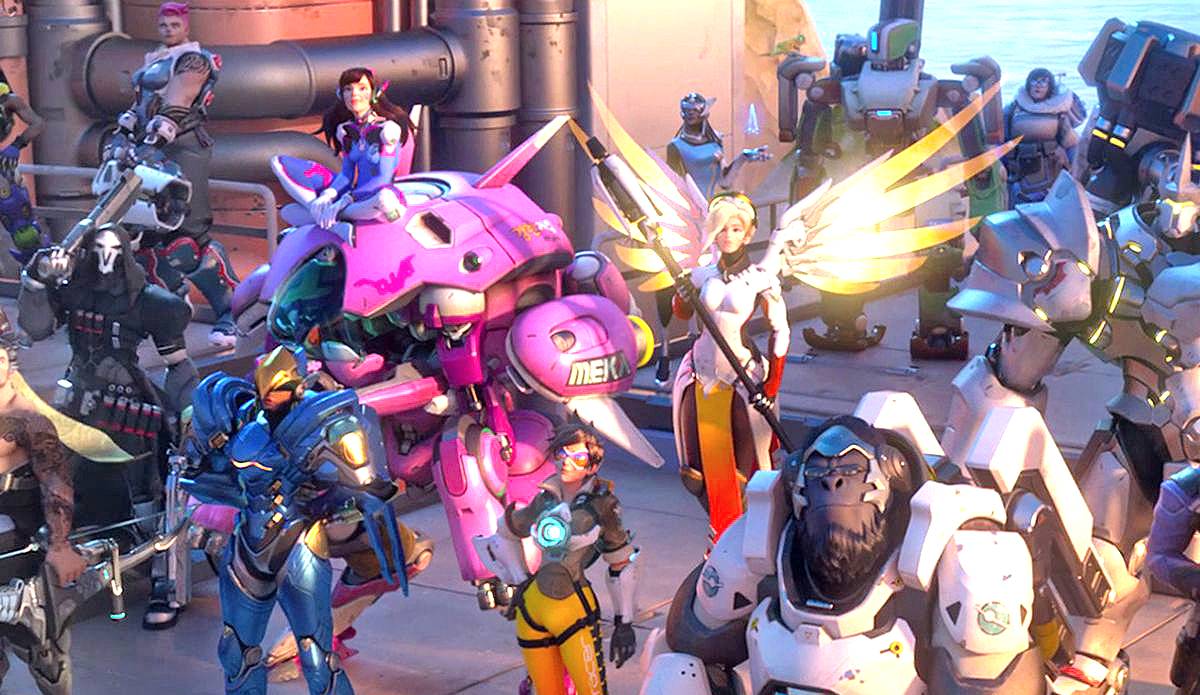 Orisa is a great hero, but she doesn’t play very well when she’s the solo tank on your team. Buddying her up with another tank–especially Roadhog or Zarya–is a great idea, as these heroes have the long range that Orisa sometimes lacks when she’s stuck in a corner behind her barrier. Additionally, their long range abilities pair very well with Orisa’s “Halt!” ability, which (similar to Zarya’s Ult, but less powerful) pulls enemies into the target of a graviton surge charge. You can then attack heroes in the targeted area, and deal some real damage to the enemy team. Besides making sure she’s paired with other tanks, she compliments snipers who benefit from her barrier, and Soldier 76 has the mobility that she often lacks in-game. 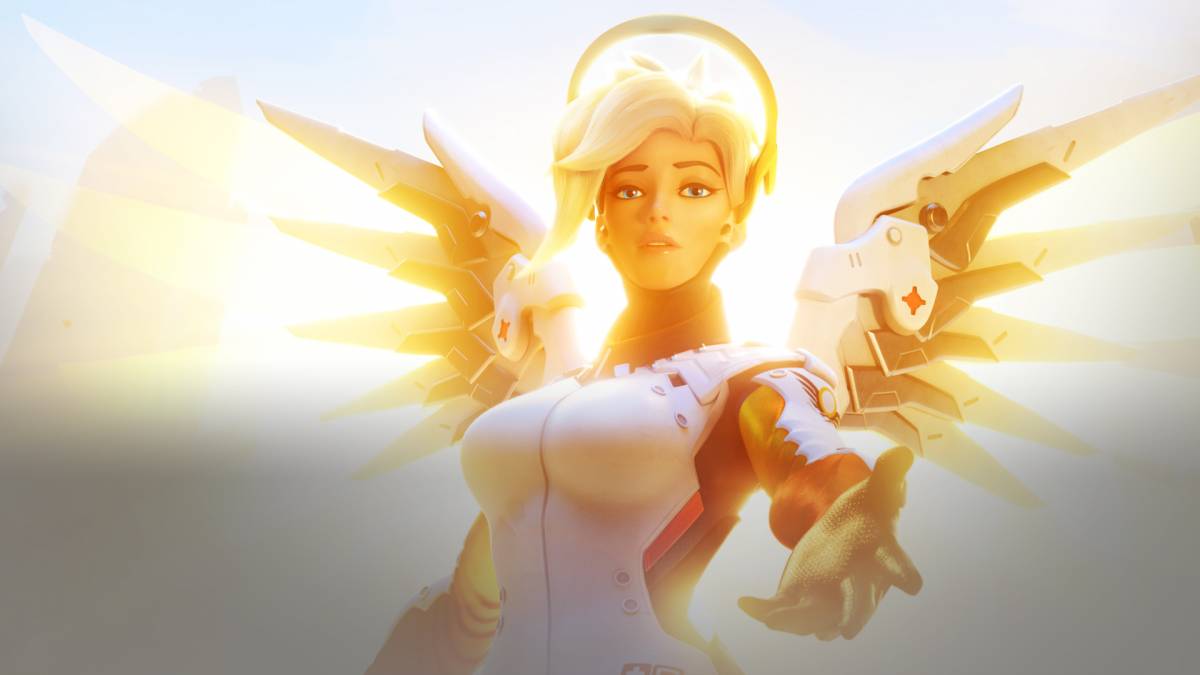 Orisa may seem indestructible behind her barrier, but as soon as it gets shot to oblivion, you’re left in a pretty bad situation if you’re by yourself. Orisa currently has 200 health as standard, so she’s a little less robust than, say, Roadhog or D.VA, and she can be killed very quickly if left to the mercy (haha, puns) of the enemy team. Any healer is better than none, but when looking to pair up Ultimates, Zenyatta and Lucio offer the best protection for her Supercharger ability. The extra health boost can help keep her Ultimate up for longer, and this can make or break a game at critical points. Ana can be helpful in terms of long range healing, but in terms of Nanoboosting, I’ve seen more than one boosted Orisa charge out from behind their barrier, only to be immediately shot down by the enemy team. I’m not saying that it’s impossible to perform well as a Nanoboosted Orisa, only that it might be a little tricky for new players who are still getting to grips with how she works.

Overall, when choosing a healer, think about the team composition, and try to pick a hero who has the mobility that you need in order to win.

KEEP THAT BARRIER UP 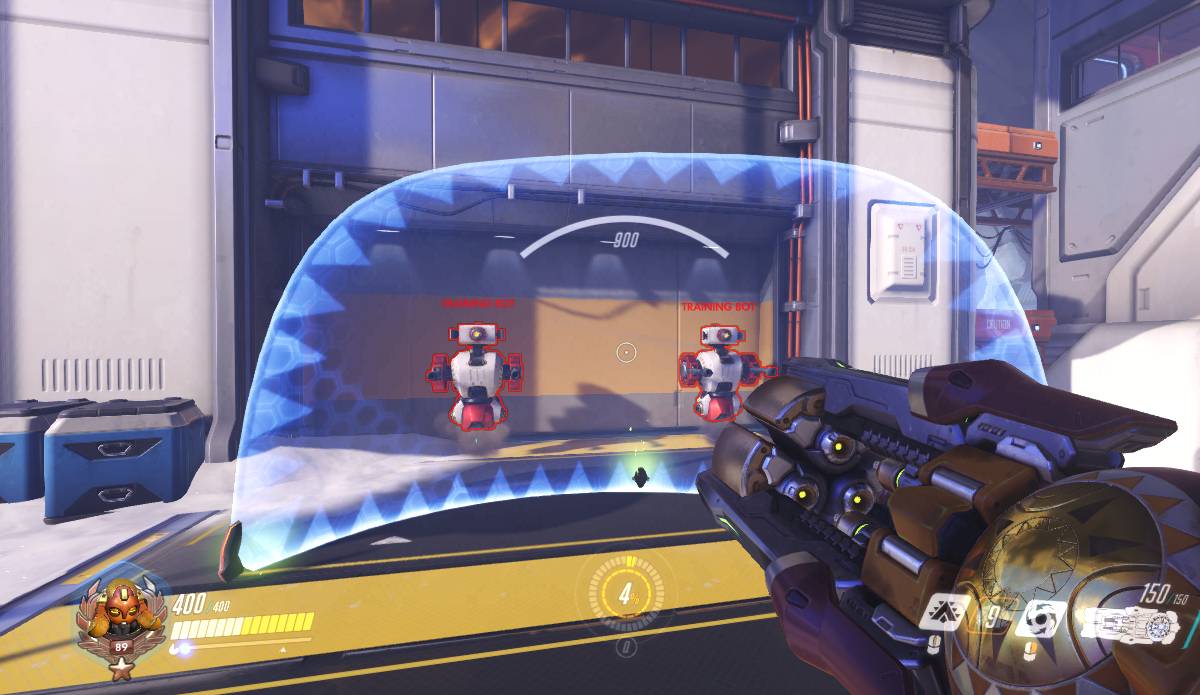 The fact that Orisa’s barrier is stationary doesn’t make it any less impressive: you can target it to sit wherever you want, it lasts for 20 seconds, and it comes with a whopping 900 health points for your enemies to try to get through. I’m assuming this will be nerfed at some point (this isn’t based on anything official, just speculation) but you can still take your time to learn about barrier placement whilst playing her, even if Blizzard do decide to tweak her abilities.

Just like Reinhardt’s shield, you can shoot through her protective barrier, which tends to result in a lot of your allies grouping up behind the shield. This can be effective until the barrier is destroyed and you’re left in the open, or if an enemy uses an ability such as D.Va or Zarya’s Ultimate to take you all out at once. A good way to combat this problem is to move back and spread out a little so that you can still shoot through the barrier, but this also gives you an exit strategy when the shield gets torn to shreds. Of course, in doing this, you have to look out for snipers and cheeky Bastions who’ve positioned themselves adjacent to you, but this can also happen even when you’re behind the barrier, depending on how you’re positioned on the map. A good barrier placement can make or break a game, and can prove very frustrating for the enemy team when positioned well. 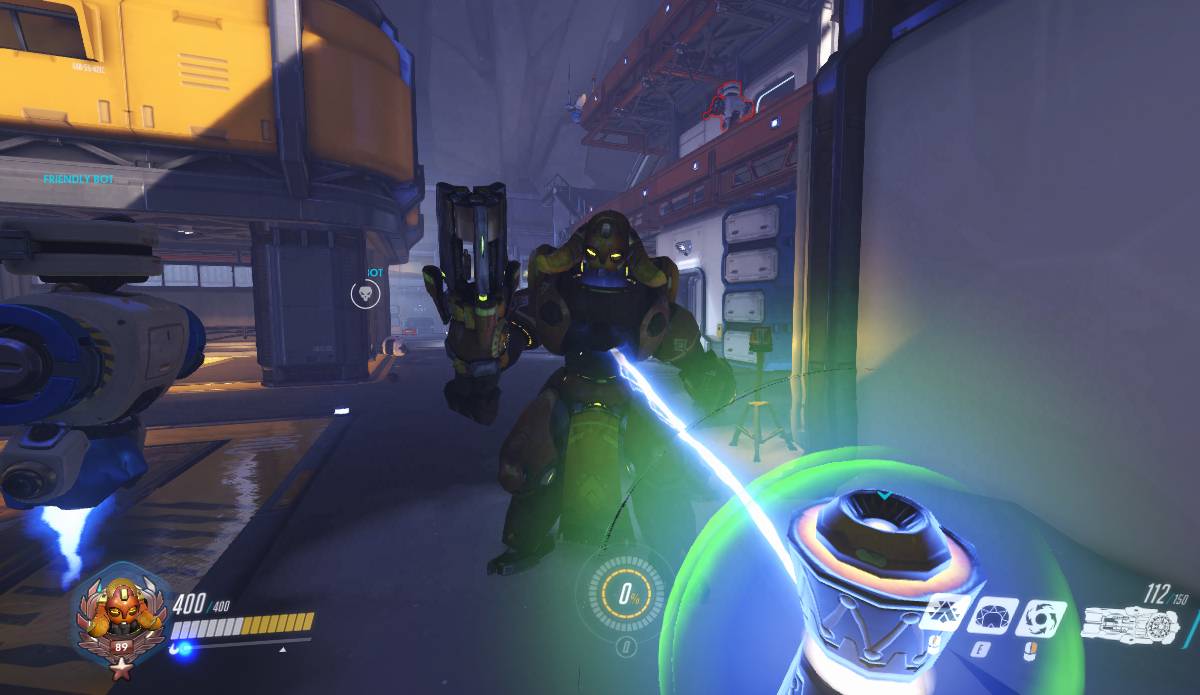 I didn’t think very much of Orisa’s “Supercharger” Ultimate ability when I first started playing her, but after a few hours, I’ve discovered that it can actually be quite helpful if it survives long enough.

Her Ult is a physical device which can be deployed wherever you like, and which serves to give your allies a +50% damage boost for 15 seconds. This may seem like an obvious point, but Supercharger works best when it’s affecting as many teammates as possible, so don’t waste it on one or two allies. It’s best used at critical points in-game, such as when you’re trying to cap, or push past a choke point, and can give your team a great boost, as long as your allies aren’t funnelling into their dooms, one by one.

However, the device can be destroyed (much like Symmetra’s Ults) so try to protect it and don’t place it randomly in the open. Try to position it around a corner and pair it with a barrier for the best chance of survival. 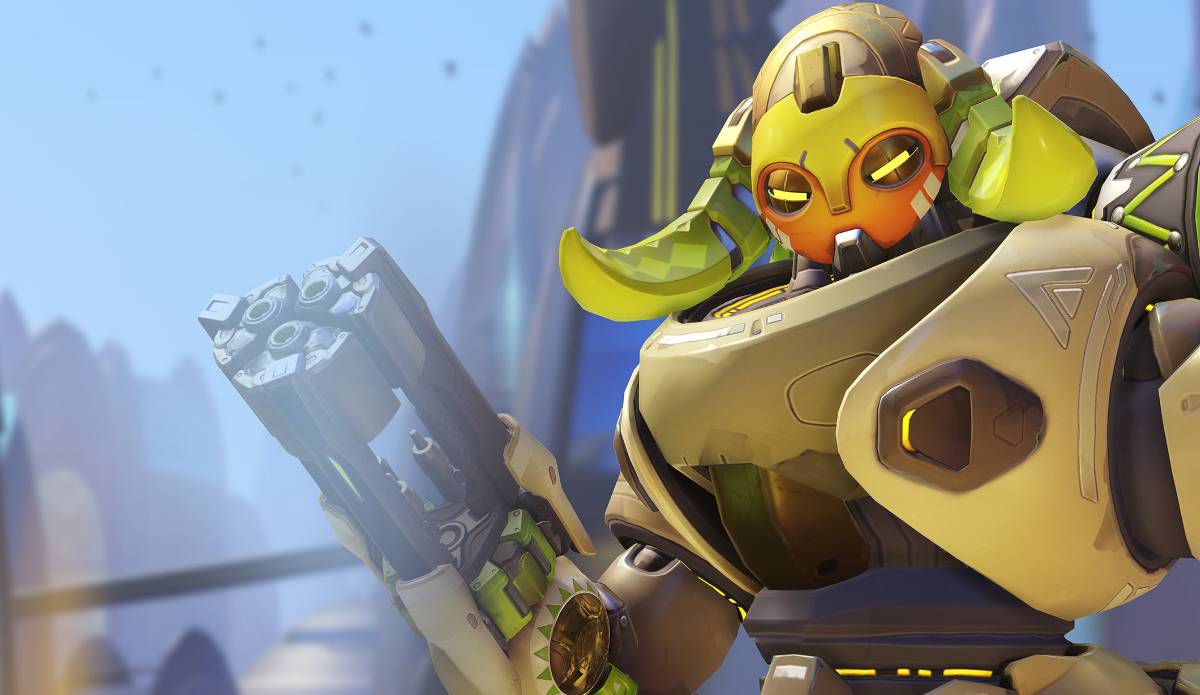 Like with all Overwatch heroes, it’s going to take some time to get used to the way that she moves and works in-game. A lot of people are playing her on No Limits right now, so don’t feel bad if you’re the second or third Orisa on your team (as long as you have a healer!) and she’s also been added to Training Mode if you want to try using some of her abilities on Training Bots. I’ve also been having fun with Mystery Heroes after getting used to how she moves in other play modes, as she’s still new enough that I get excited when I respawn as her, as do my other team-mates.

I’m assuming she will almost definitely be nerfed before she’s added to Competitive (the amount of damage she deals, and the health/duration of her barrier are probably going to be decreased) but I still think she’s an interesting hero that can make or break a game if used correctly. I know a lot of people are saying she’s derivative of other heroes, and I’m not disagreeing with that, but I think it makes sense in context of her origins story, and I also think her overall design is great, and different enough from the other heroes so that she will stand out as something separate to the characters who inspired her creation.

Have you played as Orisa yet? Let us know in the comments below!