Home
Movies
That Time When Dr. Seuss Made A Movie
Movies
·5 min read

That Time When Dr. Seuss Made A Movie 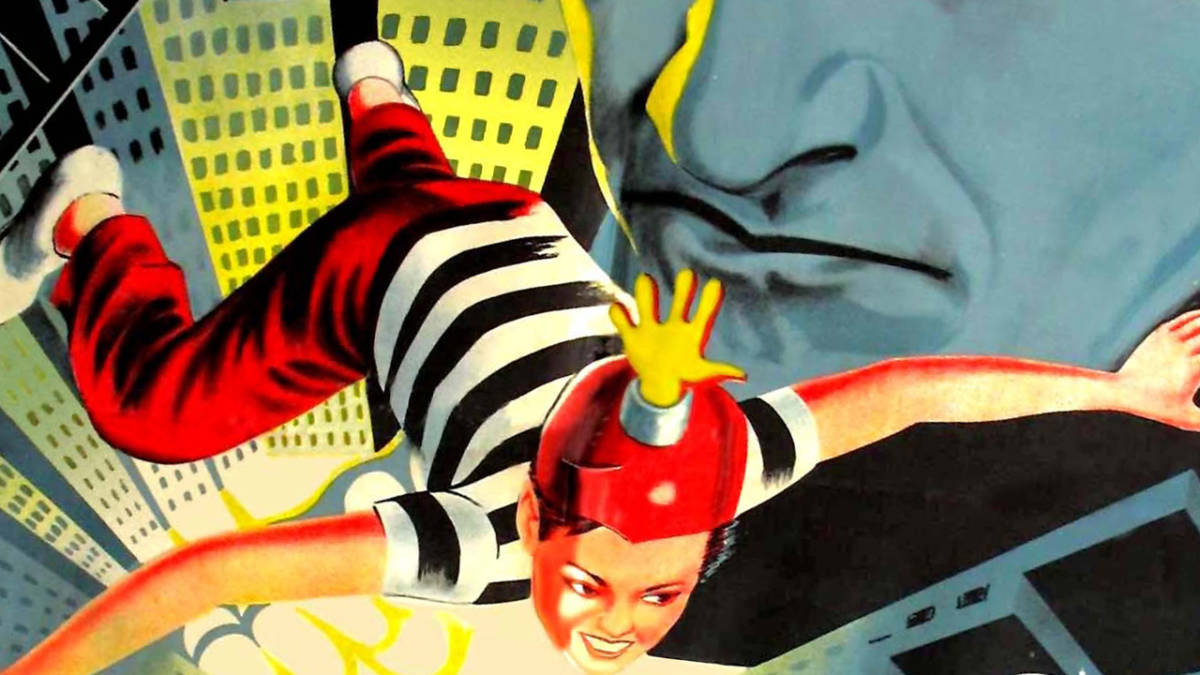 Hey, did you know Dr. Seuss made a movie?

Like, his own movie, not that Jim Carrey Grinch monstrosity, or its malformed half-sister, The Cat in The Hat. I’m talking about an original film, made during Ted Geisel’s lifetime, and with his immediate involvement.

It’s called The 5000 Fingers of Dr. T., and man, is it ever weird. It was no great financial or critical success at the time, and so it has remained relatively unknown outside of small circles of Seuss fans, film nerds and acid freaks. I found my copy in the discount Blu-Ray section of a closing record store. I’ve never seen it anywhere else in person, and I hadn’t even really heard about it outside of a passing mention in a couple Seuss documentaries.

This probably has a lot to do with the fact that the film isn’t very good. It’s a somewhat interesting misfire, but for the most part, it’s just clumsy, awkward and kind of a slog. I’m not writing this just so I can bash a 64 year-old movie nobody knows about, but rather to share my impressions of a cinematic oddity penned by an author and illustrator I both love and admire.

From what I can tell, he really did write it, along with experienced movie musical writer, Allan Scott, who penned the majority of those classic Fred Astaire/Ginger Rogers movies. Scott’s movie musical experience is clearly evident in the film’s structure, but Geisel’s Seussian vision is all over this thing, from its themes, to its characters to its art direction.

It’s a good thing, too, since the film is otherwise rather visually uninspired and lazily directed by Roy Rowland. By this time, Rowland had directed several uninteresting and unmemorable studio pictures, and he had many more to come. Watching this movie, it seems as though Rowland had been handed this bizarre story and weird, Seussian shit, and was tasked with just simply communicating it as clearly and as blandly as possible. There is little evidence that he had brought any vision of his own to the project, like he was just hoping the sets, costumes and matte paintings would speak for themselves.

In fact, taking this further, it hardly seems as though Rowland even understood the movie. Not that one can blame him, really, given the circumstances. If he did have some notion as to what this thing was about, he certainly wasn’t able to communicate it. Especially not to the actors, who, in almost every scene, look uncomfortable and unsure of what they’re doing. It’s actually quite fascinating to watch, really. The movie is so sloppily edited that you can even occasionally see long pauses before an actor performs an action, usually with a confused look, or even a shrug.

The movie’s about a kid who intensely hates piano lessons, equating them in his mind with Orwellian dystopia, which makes this the musical least in favor of music I’ve ever seen. The boy has to take these lessons because his mother has the hots for the instructor, whom he sees as a heartless dictator. He can’t understand why the instructor holds such attraction for her, and thinks she ought to be more interested in their plumber for some reason. Anyway, this kid is so bored by these lessons that he falls asleep and dreams of a horrible musical academy, or something, ruled over by the dreaded piano instructor who has hypnotized and entrapped his mother.

Wizard of Oz comparisons aside, this world is actually quite dark and disturbing, considering it’s intended to invoke. Personally, I think that maybe drab, dreary dungeons were not the best setting for Seuss’ fantastical imagery, but hey, what do I know.

As the plot progresses, it gets less and less coherent, and the ideas introduced get progressively weirder, and only occasionally in the charming manner a Dr. Seuss book.

There’s a central relationship, for example, that, from today’s perspective, feels a little problematic. Usually, I try to stay mindful of the times when it comes to stuff like this. Like, I can forgive when Chaplin kisses his son on the lips in The Kid, but here, when I watch a ten year-old boy cuddle up with a forty-year old stranger in an empty basement, it makes my skin crawl.

However, this, along with several other of the movies story problems could be written off as the naive imaginings of a young boy, since the whole thing happens in his head. It’s a rather effective plot device in that way, but it does little to explain why the movie drags at such a slothful pace. It’s a kids movie, though-and-though, but I know that I wouldn’t have had the patience for it.

Musically speaking, the songs are pretty unmemorable, although you do get a bit of that famous Seussian verse, which is nice, and the orchestration is lush. Overall, the musical numbers are pretty inoffensive, unlike the dreadful choreography, performed for the most part by the film’s stars, who really don’t seem to have much of a knack for it.

Having said all that, not all of it is terrible. Most of what can positively be said about the movie has to do with Seuss’ fantastic design sense. The sets and costumes are straight from the pages of one of his books, and that’s really cool to see. Great care was taken to make Seuss-style props believably function. After a while, even the actors start to look as if he had drawn them.

There is exactly one great sequence in the film, which doesn’t have much to do with the plot, but it’s pretty cool nonetheless, and that is a big instrumental number where 50-odd green men play wacky, oversized instruments. It’s very much like the “noise, noise, noise,” sequence in Chuck Jones animated Grinch adaptation, but it’s cool to see attempted in live action.

And if you’re a real Seuss fanatic like I am, you’ll get a kick out of some of the weird jokes and allusions to his other works, but frankly, these are few and far between.

The most fascinating thing, for me, about the movie, is just how similar the movie’s problems are to those of the terrible adaptations from the early 2000s I mentioned at the top of this article. I guess the take away is it’s just not very engaging to watch real people run around on clunky, cartoony sets. I’m looking at you too, Cool World.

Geisel himself later disavowed the movie, and excluded it from his official biographies. This is unsurprising, given that it’s a blight on an otherwise pretty spotless literary career. Today, it stands as a testament to just how hard it is to adapt the man’s work to the big screen, even with his involvement.

Of course, the next major Seuss adaptation is to be a animated feature version of The Grinch, which I guess it preferable to another live-action catastrophe, but for heaven’s sake, people, can’t you just read these things to your kids?