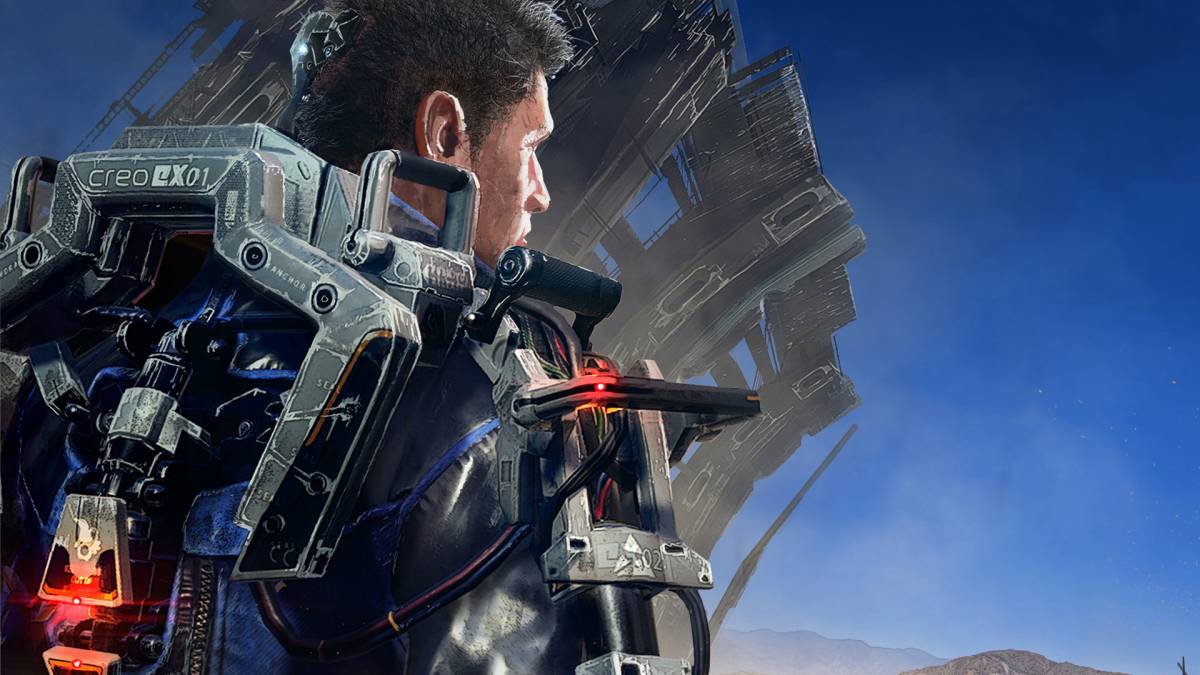 It’s not every day that a video game developer inadvertently creates a new sub-genre, but back when Demon Souls was released in 2009, that’s what From Software did. Since then, From Software have created Dark Souls and Bloodborne, and we’ve seen other developers try to take the figurative bull by the horns. Team Ninja brought us Nioh earlier this year and Deck 13, who have developed The Surge, were responsible for Lords of the Fallen in 2014.

I picked up Lords of the Fallen after finishing Bloodborne in 2015, but I didn’t spend long with it, finding its combat unintuitive and slow, and Dark Souls III did not fare well with me in 2016. As such, I’ve been looking for something to give me that Bloodborne fix.

Now, for the uninitiated, The Surge is essentially a ‘Souls-like’ game, which is essentially a hardcore RPG. These types of games focus on methodical exploration of locations and offer a tough and punishing, but ultimately satisfying, level of difficulty, which forces you to master the attack pattern and combat style of each enemy and boss. Repetitive ‘grinding’ is also encouraged, to level-up your armour, weaponry and character, to present a better chance of survival. 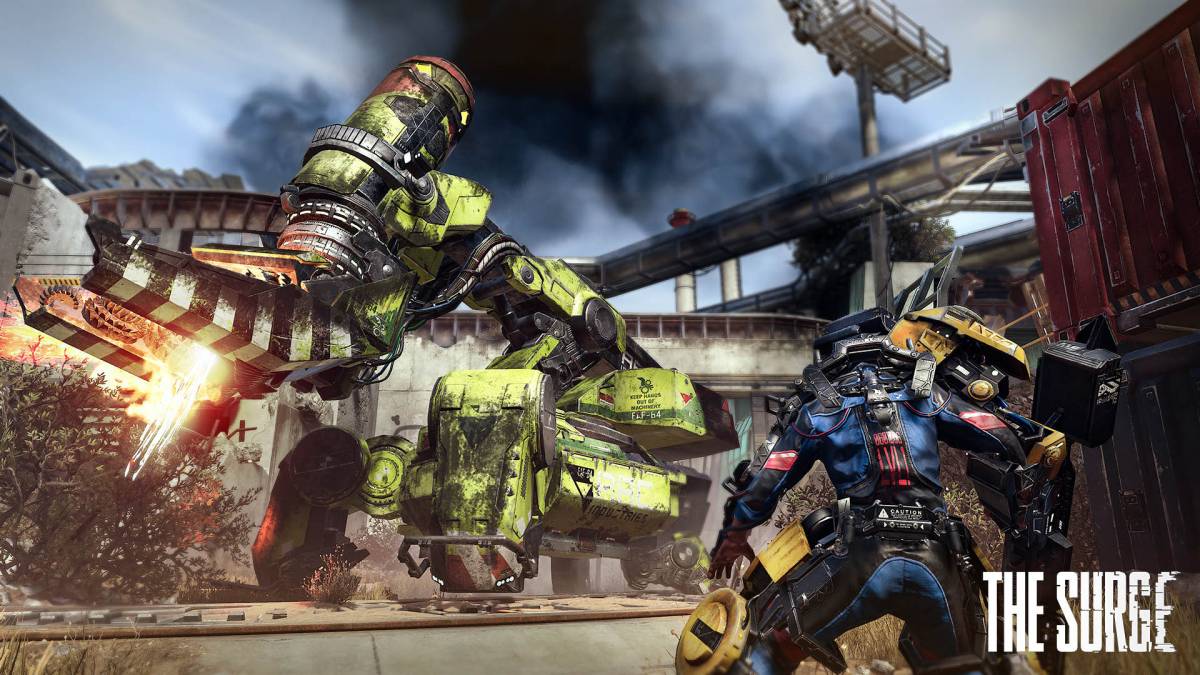 After failing to get into Lords of the Fallen and Dark Souls II and III, this is where The Surge comes to play. Initially, I didn’t give this game much thought, but what did intrigue me was the world in which The Surge is set. Normally, Souls-like games are set within medieval, fantasy worlds, plagued by skeletal monsters and hulking dragons, but the Surge, set in a dystopian, Sci-Fi future, not too unlike a Neill Blomkamp film, starts with a lot of promise.

You are Warren, a paraplegic who has been recruited to work for Creo, an energy company with a Silicon Valley feel: Crisp and clean – a sense of being too perfect. The beginning scenes of the game begin with you wheeling yourself of a train into a station full of heavily armoured guards, who direct you towards the recruitment centre. At this point, you are given the choice to be fitted with one of two mech types: the agile Lynx or heavy-duty Rhino. However, something goes awry whilst being fitted with your mech and you awake in a scrap yard, where your adventure begins proper.

I was slightly alarmed at being only given two choices of mech-suit at the start – a parallel to other Souls-like games, which offer a variety of different class types when building your character. What I came to learn was that this initial choice is mostly inconsequential, as throughout the game, you will be given the opportunity to craft a variety of different armour types, each one catering to a specific playstyle. For this purpose, character levelling doesn’t happen in the way we’ve come to expect. You can increase the ‘core power’ of your mech using tech scrap you’ve collected –your souls, essentially- at the medical bays found on each level, which act as your bonfires. Doing this increases the number of modifications you can add to your mech suit, and even the power level of the armour you choose to equip. Outside of minute health and stamina increases, levelling up your core power doesn’t provide you with any optional stat-boosts. You must come across these yourself. 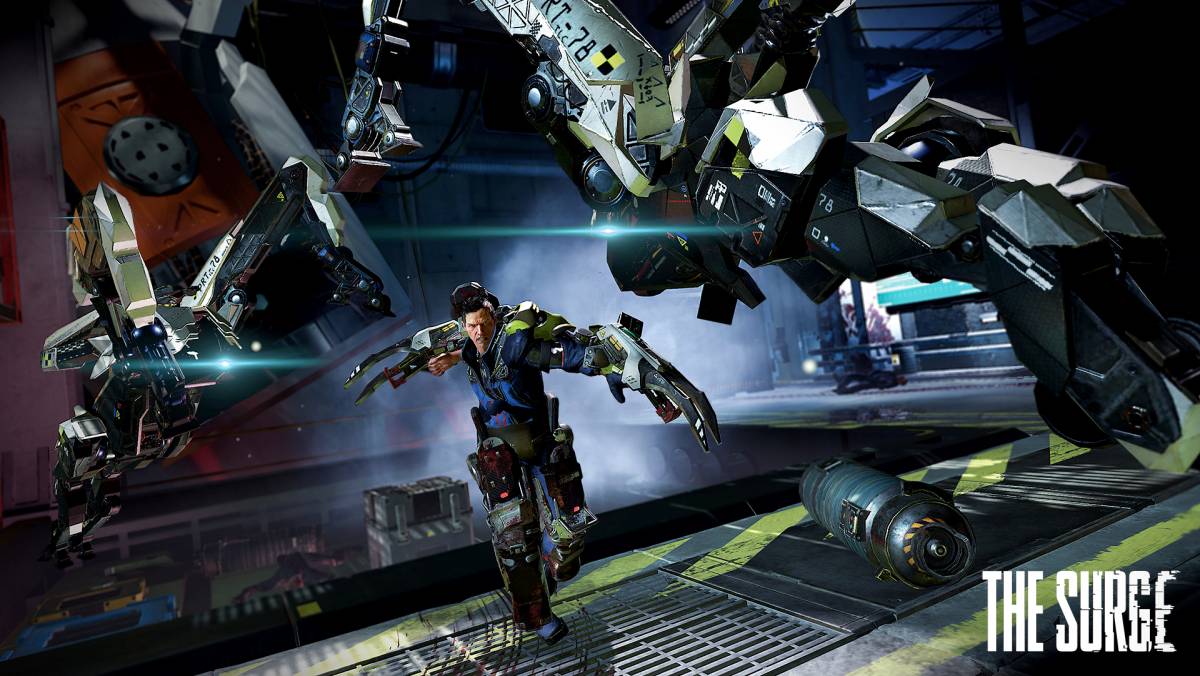 This is where the game’s crafting mechanics really differentiates The Surge from other Souls-like games. When in combat, you can select an individual body-part to target. After you’ve caused enough damage, you will be given the option to perform a finishing move, where you will hack that body part off, which you may be able to collect as scrap. This scrap can then be used to either modify existing or create new armour types which correlate to the body part you’ve hacked away at. It gives a real incentive to grind through the levels and enter combat situations, and this is the true way to turn yourself into a walking tank. This works for weapons, too, as whilst you may find the odd item dotted about the map, it is much more efficient to just attack the arm your enemy is using to wield their weapon. Essentially, if you like the look of something, take it.

Combat is also decent and operates at a faster pace than Lords of the Fallen. You have your standard variety of weapons: dual-wields, one handed and heavy weapons, and are given a drone early in the game, which you can use to short enemies from afar once targeted. Whilst the drone won’t cause any real damage, it acts as a lure – much like pebbles in Bloodborne – and is handy for picking away at large groups of enemies. What frustrated me about the combat was that once an animation had begun, it cannot be broken, leaving you open to enemy-assaults with little opportunity to defend yourself. This makes the combat tougher than other Souls-like games, which means you must pick your spots carefully and not get too overconfident, however, it did also feel cheap when the animation-movement threw you off a ledge of left you unable to block an enemy-attack.

Level design is excellent at times, offering segregated locations which interconnect with each other, and much of your play time will be spent trying to scout shortcuts that take you back to the medical bay, with the aim to make your trips to the boss battle after each death less time-consuming. Each area is also without power, so you will spend a lot of time battling your way to each area and turning on switches that open doors and activate elevators. There are also switches that can only be activated – or overcharged – dependent on your core-power. In the opening level, there is a door which you can only open if your core-power is at level 55. This is done to incentivise backtracking and revisiting previously beaten locations, but the game doesn’t offer a fast-travel system. To get to one location to the next, you must take a train. The issue with this is that you can’t opt to go from one station to another of your choosing, you must depart at one stop, get off, run to the other side of the level and get the train to the next. In short, this makes getting from point A to B a lengthy process and the rewards that are hidden behind these switches are often not worth your time.

As you would expect, boss battles are a huge focus with The Surge, but they are not as prominent to boss battles featured in other Souls-like games, and are often not thematically representative of the location you are in. That said, the boss battles present a significant challenge and will test even the most hardened of players, with each boss requiring a certain strategy to defeat and not just ‘hit it ‘til it’s dead.’ One boss troubled me for around three hours, and I spent my time slowly understanding its attack patterns and timing my dodges, and the sense of satisfaction when I took it down was as gratifying as any other Souls-like game I have played.

Sound and visual design is decent. The Surge runs in 1080p and, except for a few low-res textures, the image looks crisp. PS4 Pro owners will also benefit from the option to play either ‘performance’ or ‘quality’ mode. However, I was unable to test any difference between frames-per-second or image resolution. The game’s score is dark and reminiscent of techno-futuristic sci-fi and weapons impact with the sound of metal screeching and crunching whilst in combat; it does well to immerse you in the world and creates an atmosphere that is palpable. 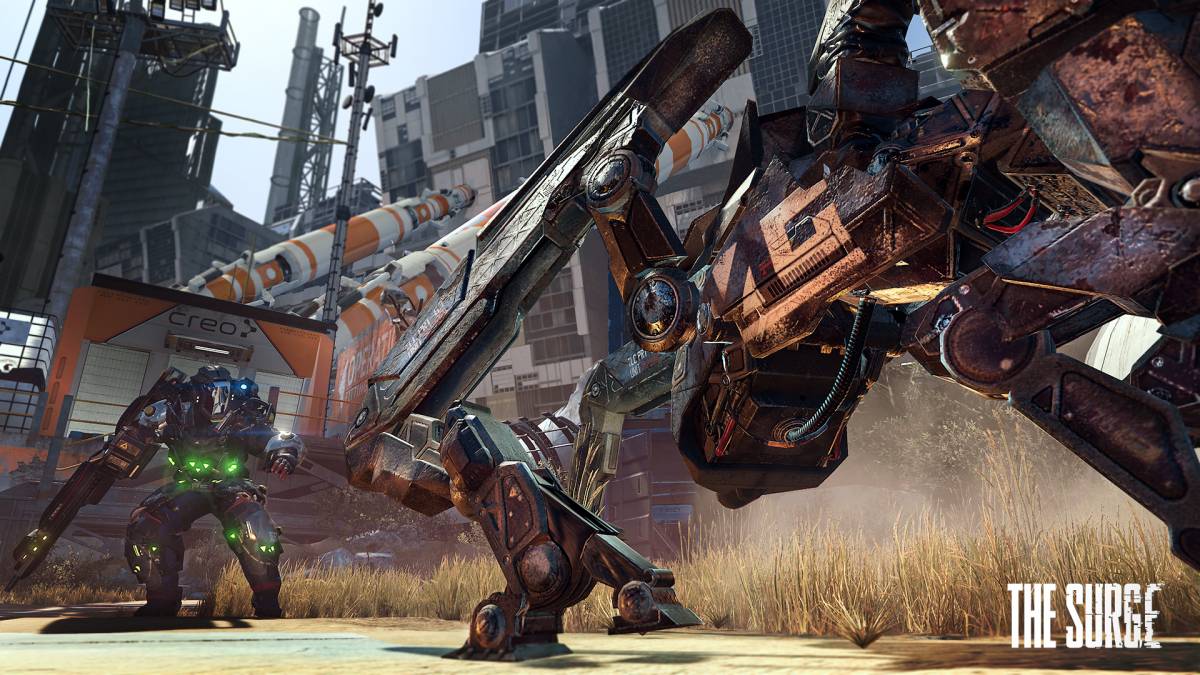 The story will remain unspoiled, but it’s worth mentioning that The Surge follows a much more traditional narrative and delivers story beats in a manner that gamers have come to expect. It’s not opaque and implicit, unlike the stories of other Souls-like games, and delivers the narrative through audio-logs you stumble across, and your understanding of what is going on strengthens as you advance through the game. While it is admirable for Deck 13 to craft a narrative with a broader appeal, it is at odds with the hardcore RPG mechanics The Surge implements, which may scare-off any newcomers to the sub-genre. Nevertheless, it is an intriguing story and is paced well across the length of the game, focusing on the ethics of scientific innovation and the perils of global warming.

Despite some odd design choices and technical oddities, The Surge is a worthy addition to the Souls-like genre, and brings enough in the way of new features and gameplay mechanics to distinguish itself from the pack. Although it may look to be Dark Souls with a sci-fi skin, it would be a disservice to think of The Surge in those terms. It is a punishingly difficult game, but failure rarely feels unfair. It is certainly not one to be overlooked, especially if, like me, you are looking for your latest Dark Souls or Bloodborne fix.