The Stillness of the Wind (Switch) REVIEW – Be Still

The Stillness of the Wind is not the easiest game to recommend, really being more of a curiosity piece than anything else. 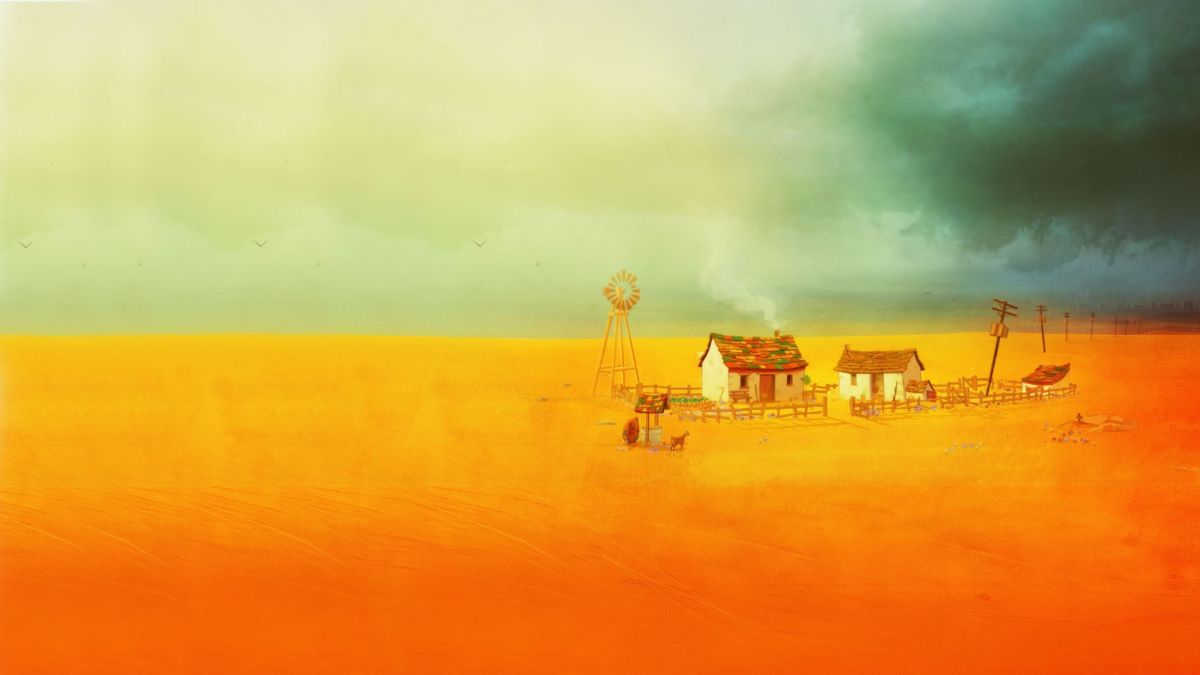 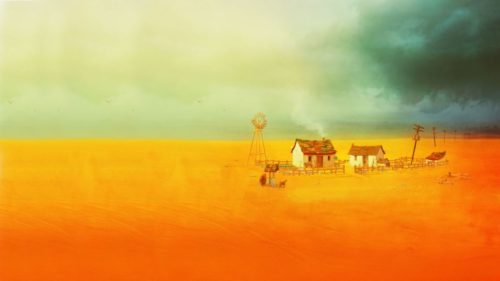 I spend a lot of time thinking about what I’ll be doing with my life. Will I be content with the cards I’m dealt, a job that pays well, a happy family life and at least three dogs, or will it be a lonelier affair, an old man left to his own devices, accompanied by the memories of what once was? Yes, we live in the shudderingly awful ‘YOLO’ timeline but what does it mean to live a good life, to be content when all is said and done?

These are the introspective, soul-searching questions that The Stillness of the Wind looks to present to the player, where you take control of Talma, an elderly goat farmer living alone on a farm in the literal middle of nowhere. Day after day after day, you get into your own routine until the night falls and you go back to bed, to do it all over again tomorrow. Stillness of the Wind isn’t so much a farming simulator than an isolating life simulator. 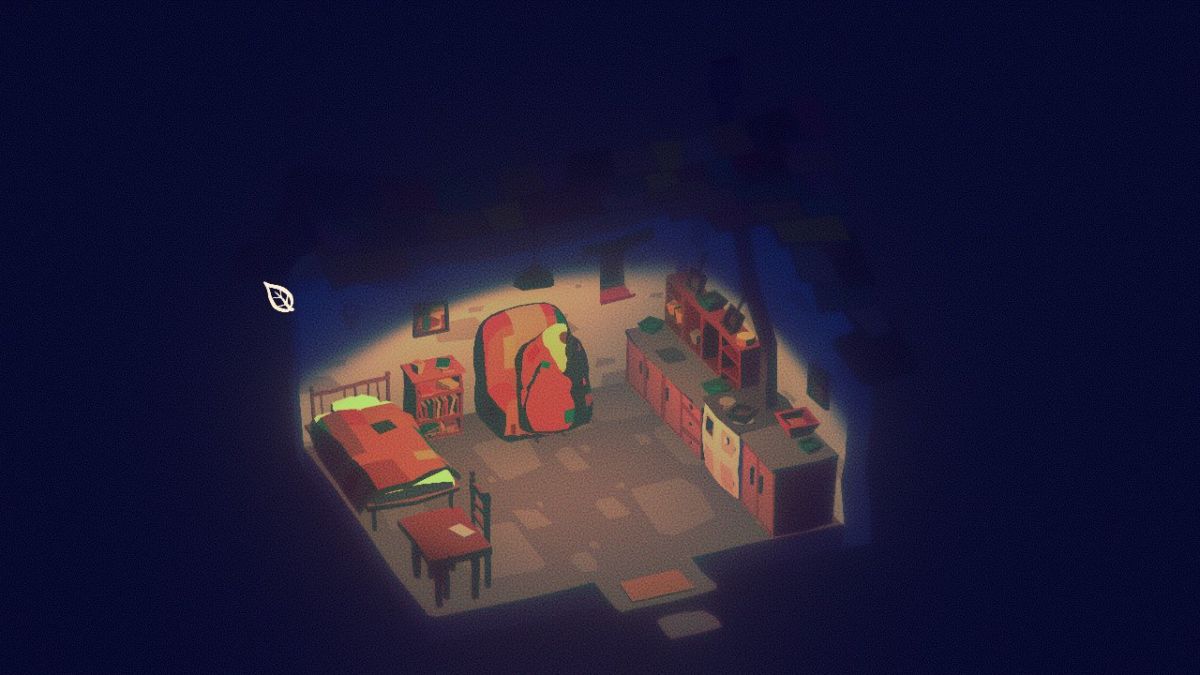 As Stillness of the Wind begins, you are only given two buttons to use, A and B respectively, to select items in the area and move around or to cancel an action. I explored my limited options within Talma’s tiny living quarters before venturing outside to the relative security of her small farm, flanked by a rickety wooden picket fence, all of which is immediately made even smaller in comparison to the vast, desert nothingness that stretches far, far into the distance in every direction.

It’s this powerful sense of loneliness and solitude that looms over every molecule in Stillness of the Wind. The game doesn’t tell you how to move forward nor how to operate any of its limited mechanics, so it is very much a case of trial and error plus paying attention to the few verbal and pictured hints by hovering the cursor over the environment. To this end, you must also figure out what it is you will be spending your brief days doing to make the most of the daylight before night falls, which it will and with alarming speed. Do you take your time digging plots of land to plant seeds, going to and from the nearby well with a small bucket to water them, or do you venture beyond the fence, basket in tow, to search for various fungi? 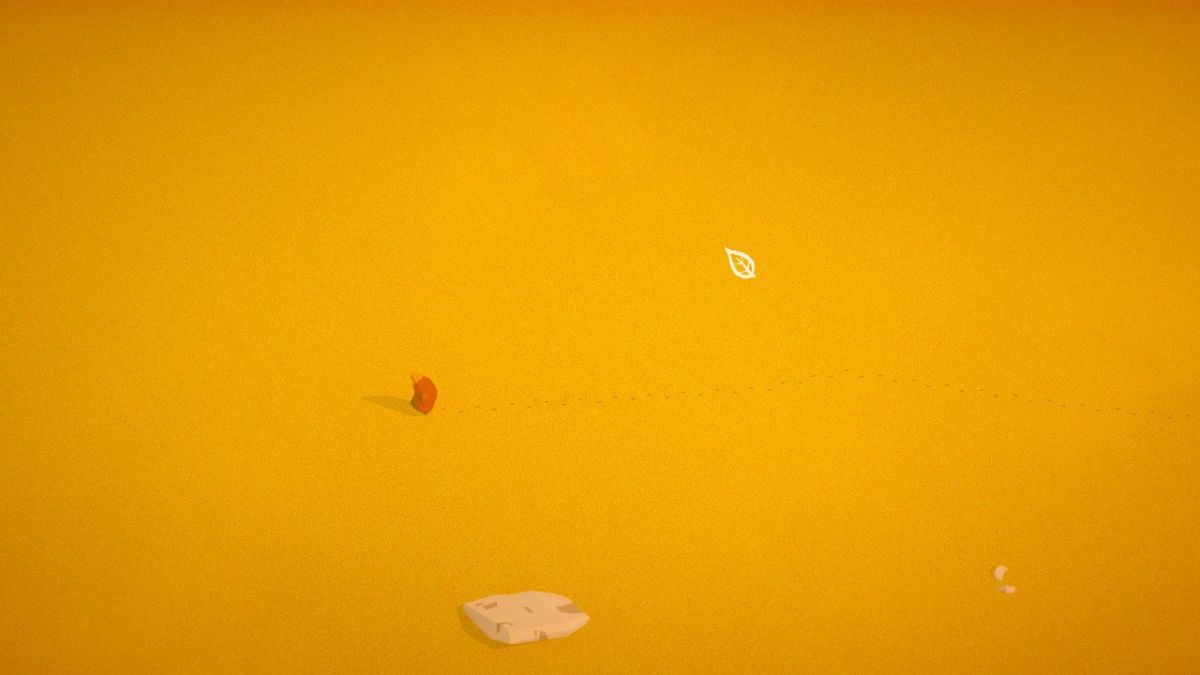 On paper, these may come across as trite, bite-sized tasks, but Talma is an understandably slow traveller and darkness will settle over the desert you call home before long. Upon the end of one day’s foraging, I found myself lost in the midnight of the desert, as the screen dimmed and I had to squint hard to locate the outline of Talma, guiding her blindly until after five long minutes I finally rediscovered the security of the farm.

Back at the farm, you’ll find a number of different tools readily available although, again, Stillness makes no concerted effort to explain their purpose. The hoe for digging plots of land was evident enough, as was the basket for collecting the items I had both grown and found. There was also a shotgun which, outside of one startling incident where it sounded like some demonic hound had invaded my land, I didn’t need to use (for better or worse, I never did locate that creature) and a large stick – the necessity of which I am still admittedly uncertain. Other than it leaving a line in the sand where I had dragged it behind me, and Talma seemingly being quite happy about this, there was no reason for its existence that I could establish in my routines. 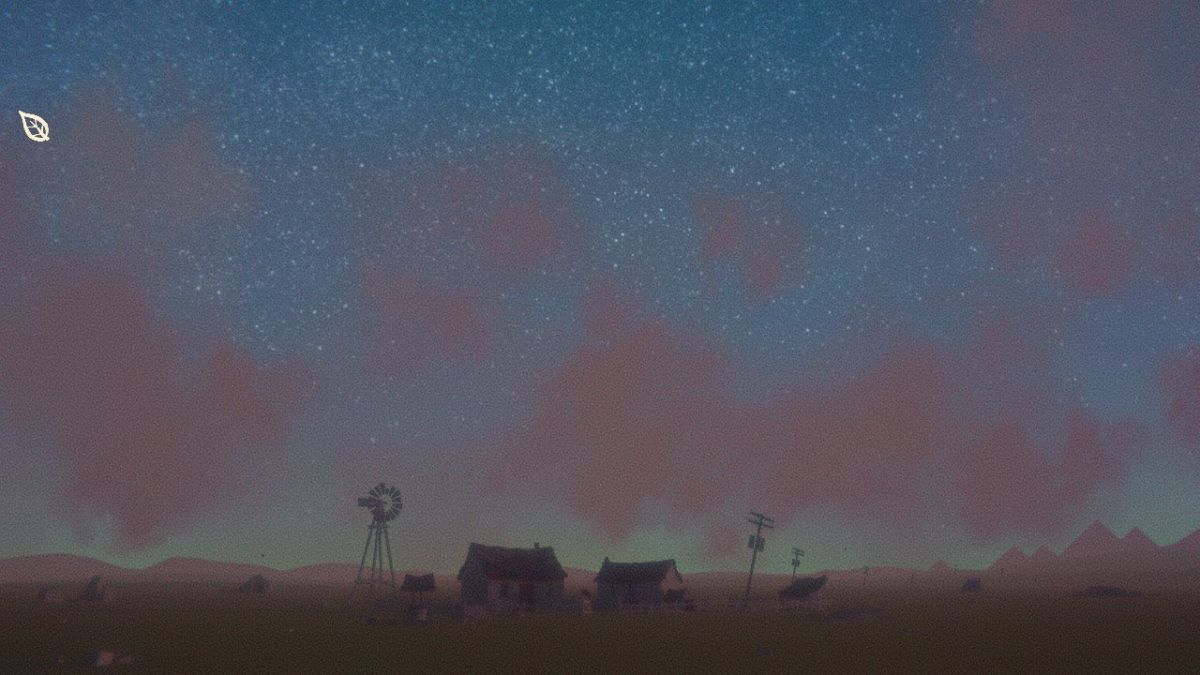 Despite the repetition and everyday cycle of chores you find yourself partaking in, though, you’ll find that this is no Groundhog Day. Each action is permanent and you cannot undo any mistakes The biggest example of this is something that happened to me as a result of wanting to explore my surroundings too early into the game, a costly mistake that lingered as my time with Stillness wore on.

Because of my longing to discover what potential opportunities and secrets were hiding out in the dunes, I had neglected to make time looking after the farm. This, in turn, meant that my resources would turn to despair and I would suffer the consequences. I discovered an in-game day or two too late about the travelling merchant who would turn up at your fence around the same time every day, like clockwork. The figure would come with bits and pieces to trade, like varying seeds and hay, but would want items of similar value to be exchanged as payment in an archaic bartering system. With little to offer, I found myself desperately low on hay, the only items your goats will eat and bleat about until one fateful afternoon I happened upon one of my two hoofed friends that had wandered into the oasis and later died of hunger.

Honestly, it hadn’t quite sunk in until that moment how much I appreciated the goats being around when the weight of my own unintentional negligence hit me like a sack of bricks I couldn’t afford. 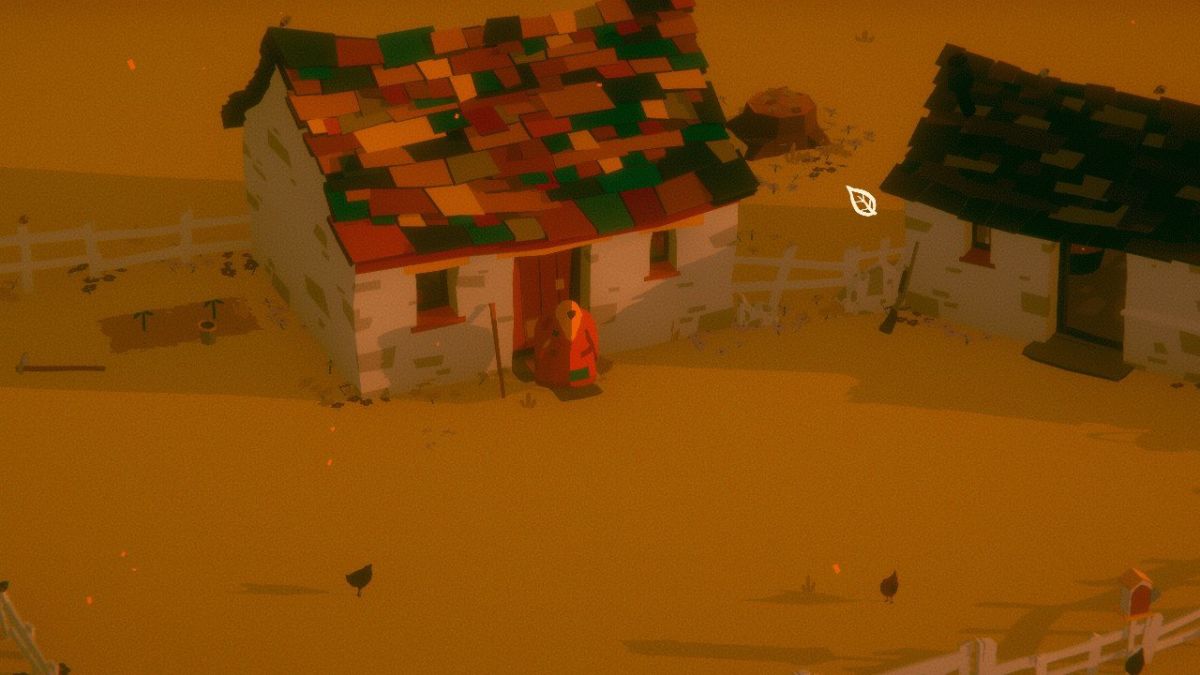 The traveller, though, along with many points along the farm and surrounding desert, does offer glimpses into Talma’s former life as well as the world beyond the sand. Visiting a uniquely shaped rock may bring back memories of family members playing and telling stories, while a letter from the traveller lets you know more currently what is happening with her relatives in the city. It’s a reminder that things weren’t always as desolate as they appear in this world, modern life just a thing that happens somewhere else, as well as inspiring memories of family, both good and bad. The letters didn’t always make sense but were gorgeously written and painted a clear picture of a completely different life, even if they did become increasingly dark.

The Stillness of the Wind is a game where concept outweighs execution. The audio is intentionally lacking, aside from one or two cues when nearing a collectible, and it really does aid the idea of this game well. Along with that, the autumnal colours paired with other weather-beaten environments do look wonderful. Playing on the Switch version as opposed to PC, though, was a fiddly experience, taking you twice as long to focus on one area to travel to or on one item to click.

There is a moving tale here, one of sadness, isolation, and the marching on of time, but it’s not always simple to piece together. Stillness of the Wind certainly has merit artistically, but, given its entire basis, just isn’t a fun game to play. There is no mistake in what it is trying to achieve – a piece on being alone, a game that was all set to tug on the heart-strings. It is an intriguing and conceptual game, yes, but unfortunately falls just short of its ambition, favouring style over any real substance. Its desire to let you live Talma’s day as you see fit is clouded by a frustrating lack of direction and permanence in all your choices.

Verdict
The Stillness of the Wind is not the easiest game to recommend, really being more of a curiosity piece than anything else, but if you are prepared to look beyond its limitations, there is a melancholic story here to be discovered.
6