The Invisible Man REVIEW – A Terrifying Game of Cat and Mouse 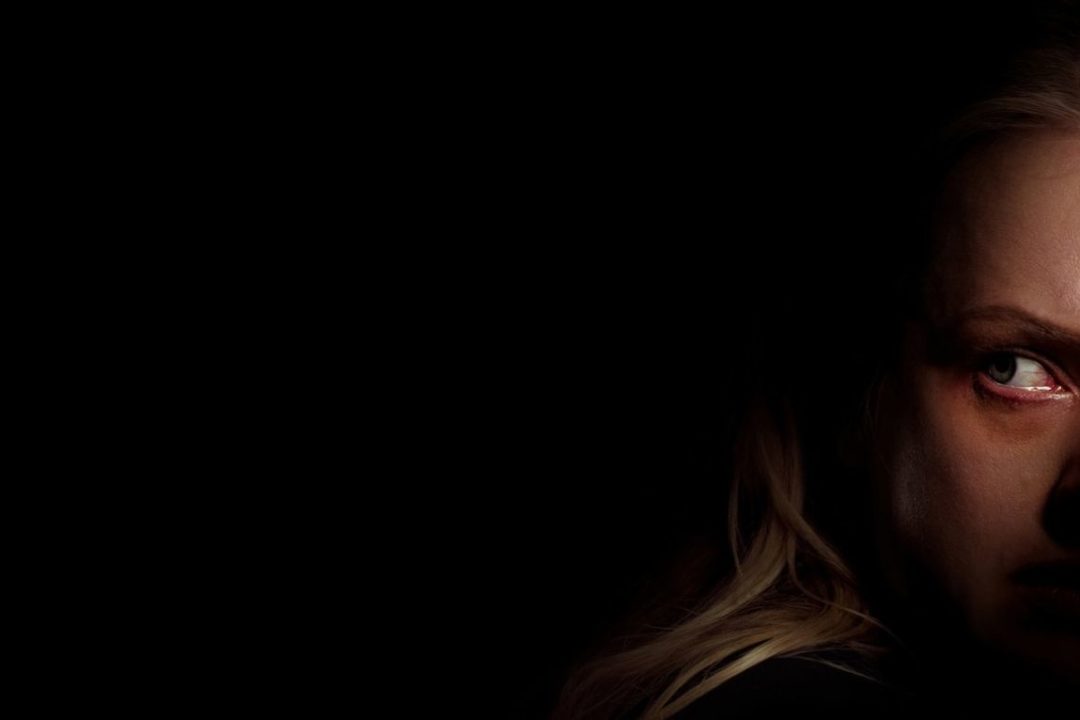 Consistency and quality are the keys to maintaining a cinematic universe’s relevancy. Universal Studios’ failure to abide by either of these keys has severely undercut their attempts to reboot their Dark Universe series. But where most saw failure, writer and director Leigh Whannell (Upgrade) saw an opportunity.

Written and directed by Whannell, The Invisible Man is a perfect 21st-century adaptation of H.G. Wells’ 1897 novel. Elisabeth Moss stars as Cecilia, the victim of an abusive relationship with the brilliant but psychotic Dr. Adrian Griffin (Oliver Jackson-Cohen). Cecilia barely manages a midnight escape from Adrian’s abuse, but leaving him completely is easier said than done.

Now, after Adrian’s apparent suicide, Cecilia can’t shake the feeling that she’s being watched, that perhaps he isn’t gone. And the problem is, no one will believe her. As strange occurrences become more frequent, Moss’s pleas for anyone to believe her grow more profound, leading those around her to call into question her sanity.

First and foremost, The Invisible Man would be devoid of the emotional weight it has without Elisabeth Moss’s powerhouse performance. Moss impresses throughout as she continuously delivers raw and powerful emotions. Even in scenes where she is acting off an empty room, Moss is more than capable of holding her own. It’s awe-inspiring to see her range of downtrodden to terrified to physically fighting a foe she cannot see. Cecilia’s character arc is as powerful as it is cathartic in her unwavering determination to prove her sanity to those who doubt her.

Part of the brilliance of Whannell’s adaptation is how smoothly he hauntingly brings it into the 21st century. Adrian’s ‘experiment gone wrong’ is replaced with a Black Mirror-esque invisibility suit and his uncontrollable insanity replaced with a manipulative and abusive spouse. The film is presented in a way that makes its outlandish premise more palatable. He isn’t just an invisible mad scientist; he’s a genius scumbag who isn’t finished gaslighting his ex.

From the opening moments of the film, you feel Cecilia’s trauma in Moss’s frighteningly convincing portrayal of a broken woman. Whannell makes her struggle to overcome her trauma the lifeblood of the film, which serves as an extreme, but still thoughtful, allegory for believing women. This is the biggest difference from the source material, being that Adrian is not the protagonist. We are in Cecilia’s shoes from the outset, exploring her character’s inner struggles which are the fiber of her being. They are executed so resoundingly sincerely that the film would work as a purely psychological horror – devoid of an actual invisible man.

Thankfully, the duo of Whannell’s direction and Stefan Duscio’s cinematography bring The Invisible Man to life in a memorably terrifying fashion. Through weaponizing the audience’s fear and paranoia of empty spaces, every scene is filled with nerve-fraying tension. Extended frames that linger on darkly lit, empty doorways and rooms that we assume to be vacant are replaced with unease and dread. You can’t help but meticulously scan for even the slightest movement. You believe you know when and how The Invisible Man will strike, but Whannell brilliantly subverts those expectations.

Whannell smartly scales his scares from minor, innocuous occurrences to irrefutable in your face scares. An object moves unexpectedly. Something goes missing. The beginning of the film focuses on Adrian using his invisibility to tear away at the foundation of Cecilia’s life, fully displaying his predatory behavior. It isn’t until his back is against the wall, and is in danger of being found out, that he truly goes off the rails with a bloody rampage. The film’s meticulous pacing ensures that when the monster finally does “appear,” it is always shocking.

I was completely caught off guard by the substantial body count that The Invisible Man boasts compared to the original 1933 version. And while the film never carries itself like a slasher, the lengths that Adrian goes to to get his “property” back was unexpected and deliciously sinister.

The film’s ability to continually shock is thanks largely to its pulse-pounding score by composer Benjamin Wallfisch: A smart blending of somber classical strings and intense 21st century synth riffs for when the Invisible Man strikes. It compliments Whannell’s modern-day take on this classic extraordinarily well. Dare I say it’s perfect? It heightens every moment, from the emotional uncertainty of Cecilia’s plight to the unexpected ferocity of the monster’s attacks.

Initially, I was a naysayer. Despite Whannell’s proven directorial talents, another Dark Universe reboot attempt didn’t exactly fill me with confidence. And within the opening moments of The Invisible Man, I realized my hesitation was unwarranted. The film’s palpable intensity, dark and brooding atmosphere, and Moss’s skin-crawling desire to escape are suffocating in their effectiveness. Watching her core emotions and Whannell’s stylistic nuances grow into a horrifying nightmare of cat and mouse was nothing short of breathtaking terror. This is the breath of vitality needed to rejuvenate Universal’s stagnant Dark Universe, and is without question one of the year’s best horror films. 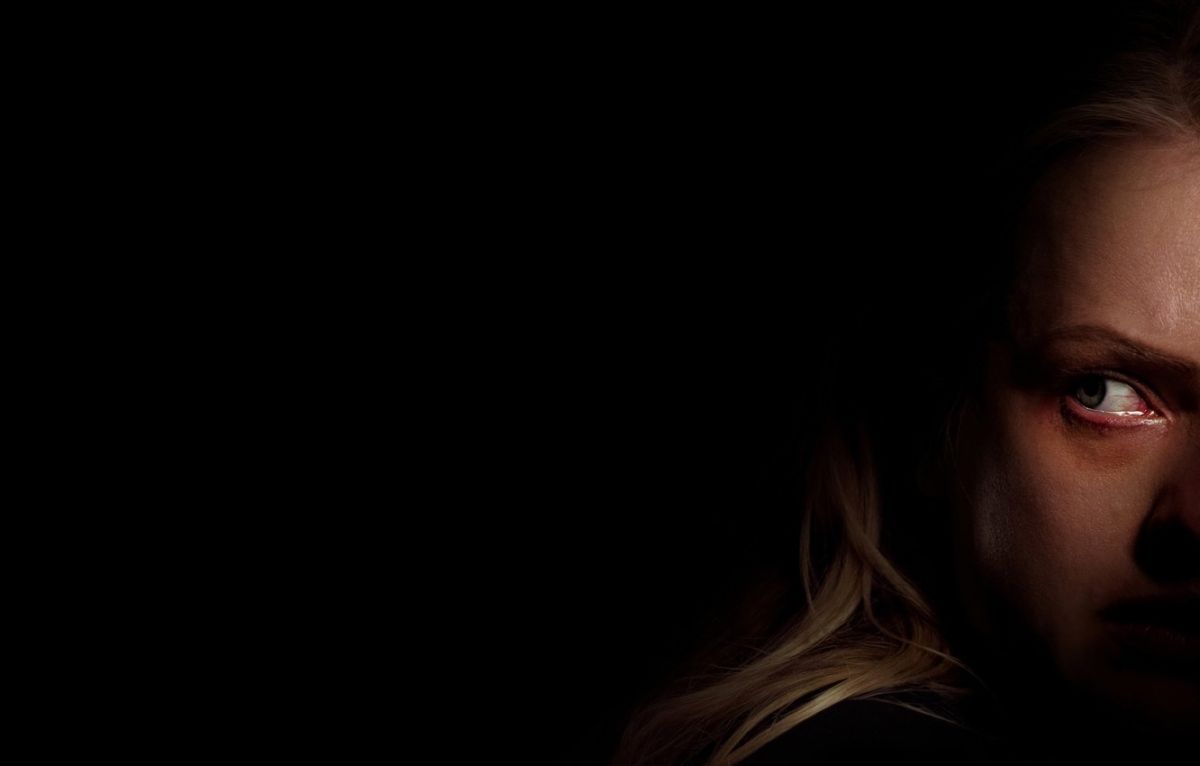 Verdict
Elisabeth Moss’s career-best performance drives Leigh Whannell’s near-flawless modern adaptation of this horror classic.
9
Cultured Vultures is a pop culture website established in 2013 covering all things gaming, movies, and more. We eat your words.
All The News On The Biggest Games