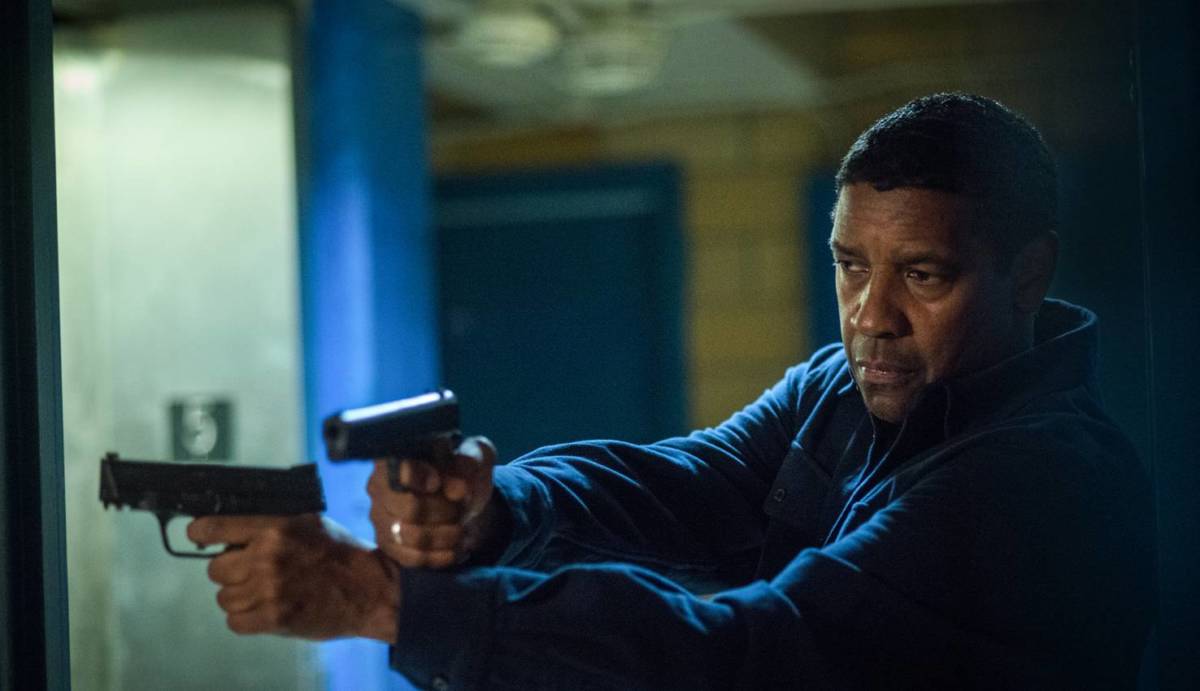 Deep down inside, everyone shares a sense of justice. Everyone has the capacity to do good and to help their fellow humans. But sometimes, when someone loses something that they hold dear, retribution takes hold and justice no longer seems to be enough. For some, only vengeance can sate this pain of loss. In his first sequel to any film in his career, this is the main premise behind Denzel Washington’s The Equalizer 2.

Continuing shortly after where the first film ended, Washington is once again thrust into the world of underground criminal societies and special covert operations. As brutal, gritty, and dynamic as its debut, Equalizer 2 mostly plays it safe by following similar conventions, but does this new chapter bring enough innovative ideas to keep audiences captivated?

After successfully saving a young girl from a crime syndicate, ex-CIA operative Robert McCall (Washington) continues to help people in the world. Becoming a Lyft driver, McCall transports the elderly and businessmen to their intended destinations in a timely and courteous manner. However, when Robert sees injustices done to average citizens, he has no choice but to act and defend them, even if it means breaking some fingers and arms of assailants in the process.

Retired CIA colleague Susan Plummer (Melissa Leo) sees Robert’s actions and supports him in any way that she can. However, when called to investigate a murder-suicide in Brussels, Susan encounters a group of attackers and winds up dead. Grieving over the loss of his best friend, McCall quickly begins his own investigation with the aid of Plummer’s partner and McCall’s former teammate, David York (Pedro Pascal). Trying to piece together who killed Susan, Robert vows to put an end to the murderers and exact his revenge by any means necessary.

Returning to the director’s seat, Antoine Fuqua helms this sequel and teams with Washington on their fourth collaboration, the first two being Training Day and The Magnificent Seven (2016). As such, much of the same tone that was in the prior film has not been lost and many elements from Fuqua’s work bleeds into Equalizer 2. Carrying a dark background beneath layers of character development, Fuqua shows a world that is constantly moving, with people living their lives and sharing their personal stories when McCall encounters them. But it also shows a society that is corrupted by crime and people that are being hurt in the process. Thus, McCall becomes the silent protector of these people, using a variety of neck breaks, throws, and the environment to take down assailants by rupturing spleens and splitting skulls in the most brutal way possible.

However, McCall is so effective that most of these action scenes only take a few seconds to two minutes at most. On top of this, because of Robert’s interaction with so many people this time around, this film is more story-centric than before. While this does develop McCall’s character more than in the previous outing, it makes for a slower-paced film, opting for more character discussions and investigation into Susan’s death than promoting more of the visceral action that was present before. So while the pacing and scene transitions move quickly, this new focus may put the audience to sleep in between the action scenes and until the final 30 minutes of the film where the action ramps up significantly.

But if there is one thing that can’t be argued against, it is that Denzel Washington leads this film amazingly. Robert McCall is quite a personable character: friendly, humorous, protective, and cares for everyone that he meets. But McCall’s compassion has limits, many which are thoroughly tested by various criminals and even ex-covert ops specialists that he encounters when a major plot twist arrives halfway in the film. This great performance stems much from Washington’s previous work and he outshines mostly everyone else that he is on-screen with.

Melissa Leo and Pedro Pascal also do great in their roles to bring the overall story together and their interactions with Washington are some of the best in the film. The rest of the supporting cast does an admirable job as well, though none of their performances are memorable or noteworthy. However, Bill Pullman (who plays Leo’s husband, Brian) is totally underutilized and is once again given a minor role with little screen time, despite his storied experience in various films.

Despite a few shortfalls in the narrative and a slight reeling back of the pulse-pounding allure of its debut, Denzel once again carries Antoine Fuqua’s The Equalizer 2 to the finishing line in a decent fashion.

Verdict
While not reinventing the wheel of modern-day action thrillers, if viewers liked the first film, this new outing may provide similar feelings once the end credits roll.
7.5
Cultured Vultures is a pop culture website established in 2013 covering all things gaming, movies, and more. We eat your words.
All The News On The Biggest Games