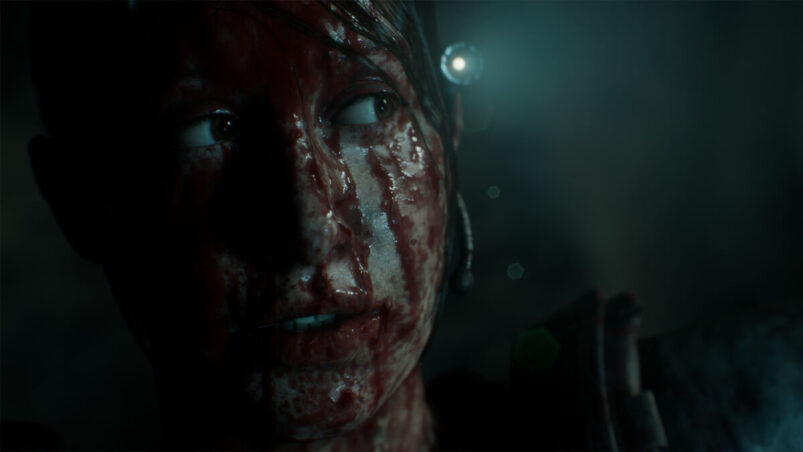 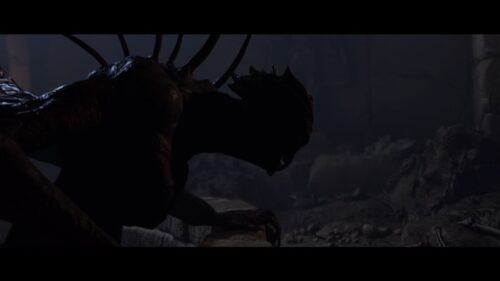 As sure as death and taxes, Supermassive Games have released a new Dark Pictures Anthology game in time for Halloween. As someone who reviewed their previous offerings, Man of Medan and Little Hope, I’ve found the series to be pretty decent. It’s like a cosy autumn sweater: safe, warm, and, above all else, familiar. Because of that, I’m always keen to see what Supermassive will bring to the next Halloween party.

For the third Dark Pictures game, I found House of Ashes to be, again, pretty decent, though there are some major malfunctions with its presentation and narrative that pushes the franchise back a step or two. If you’re someone who even mildly enjoyed Man of Medan and Little Hope, you’ll find your experience in House of Ashes to be just fine. That doesn’t mean Supermassive is phoning it in though, as there have been some noticeable tweaks to its engine to deliver a more interesting experience.

Starting out in the ancient civilization of Akkad, during the final days of Naram-Sin, players take control of loyal bodyguard Balathu and political prisoner Kurum. This section works as your tutorial, giving you the basics of story options, other QTE minigames and fighting. A curse, pestilence, famine and a stalking monster are all on the menu in the game’s first 15 minutes, setting us up with the premise and that all too familiar bad-ass intro.

Fans of the series will be glad to know that TPDA’s main connection and host, The Curator, is still a treat to watch and he is in fine form in House of Ashes. I just want Pip Torrens to read me a Lovecraft or Orwell novel to sleep, as he yet again delivers a compelling portrayal of the mysterious storyteller. After a rather urgent introduction from The Curator, where you’re told the rules, vague advice and, providing you played all TDPA titles up until this point, a recollection of your poor decision making, we are taken to Iraq in 2003, days after the fall of Saddam Hussein.

This year’s sultans of schlock include Eric and Rachel King, a US Air Force scientist and a CIA operative respectively who split from their marriage a year prior . Rachel is the obligatory celebrity cameo, played by former Disney star, Ashley Tisdale. There’s also Nick Kay, a loveable jarhead, natural worrier and Rachel’s new love interest, along with Jason Kolcheck, a country bumpkin, right down to the casual racism. Finally there’s Salim Othman, who’s a father, a soldier for the Iraq army and possibly the only likeable character in the game you want to see survive.

For Eric, Rachel, Nick and Jason, intel have gathered information of a hidden silo filled with chemicals and possible WMDs, so the team set off to a remote farm in the desert to find any truth to these claims. Meanwhile, Salim is also ordered by his general to lead the counter-attack at the farm. Both sides engage in a brutal skirmish before the ground literally opens up and swallows your party whole, trapping you in the lost temple of Mesopotamia. Confused and separated, you now must explore these ruins, finding within them the secrets to a failed archaeological expedition in 1946, the fall of Naram-Sin, along with that horrible feeling you’re not alone.

Where Man of Medan and Little Hope had ghost ships and ghost towns respectively, House of Ashes goes with the ghost temple story, so we’re predicting that games four and five will involve a ghost asylum and an abandoned ghost hotel. This isn’t meant to be harsh criticism, as TDPA has found their theme of producing ghost stories with a supernatural twist — Little Hope proved that they can tell that story well. However, one criticism is that all three games have the exact same structure: Scooby gang meet through various circumstances, Scooby gang gets separated, repeat a couple of times before reuniting just in time for the big blow-off and bigger twist. Roll credits.

This damages the main point of horror storytelling – the scares. You know that a dark corridor will lead to something jumping out, or quiet rooms will have some ghostly voice in the distance. If you’re able to predict this in your first run-through, that’s worrying and proves that Supermassive needs to shake up the formula. Another criticism to be had is that Supermassive still cannot create convincing character models without them looking rubbery and equipped with deadly 1000 yard stares. Coupled with some poor lip-syncing and terribly delivered dialogue, it leaves you completely pulled out of the immersion. While the rubber faces have been a prevalent problem, the issue is somehow more noticeable in House of Ashes.

Walking around the Akkadian temple will present many clues, secrets and other interesting artefacts to your adventure. Premonitions are still here to warn players of approaching hazards and many clues that litter the temple help guide the player towards some important plot points. A favourite for me was the diary pages of Randolf Hodgson, an archaeologist who explored the temple in 1946. The expedition went about as well as you’d think it would, though I was admittedly more interested in that story, as opposed to House of Ashes’ Iraq war setting.

TDPA’s bread and butter is the branching narrative and there are some minor tweaks worth noting. Supermassive has made things more accessible, as there’s now a difficulty setting for those among us that find the knee jerk reactions a little hard to keep up with, and there are more options to tailor-make the game how you would like it. Players can also expect some dialogue options to unlock character bearings, which help shape out how the rest of the adventure could go.

It’s worth mentioning that the choices themselves have been given some pep, as most of your choices lead to life or death situations. However, for some of the more speedy responders, you need to be made aware that being quick on the draw could lead to some devastating results. One particular example had me choosing whether to cut the rope that could potentially kill or save a team member or to cling on for dear life and see what happens.

Sometimes the obvious reaction is not the best and this helps spice up TDPA’s mechanics a little more, making you think twice, especially in your first playthrough. Still, the one reason why we put up with the schlock and awe of TDPA is for the death sequences, and House of Ashes boasts a total of 60. The deaths I was able to achieve were so brutal to witness that I’m compelled to have one more run and see how many more I can find.

Sadly, my experience with House of Ashes was also dampened by an assortment of troublesome bugs. There were screen tears, constant texture pop-ins, drops in FPS and audio tears, especially in the game’s final act. Considering Little Hope did a lot to get rid of those bugs that plagued Man of Medan, this is a woeful step back that sadly further ruined the immersion of House of Ashes. I’m confident we will see some patches down the road, and I fully understand the pandemic would have played a role in its development but for an initial playthrough, this almost derailed the experience.

Despite all the bugs, glitches, schlocky story and rubber faces, I still have a soft spot for TDPA and I can’t quite tell you why. Perhaps it’s because, despite all its flaws, you do see a certain level of love from Supermassive, doing all they can to deliver the best story possible. As someone who consumes a lot of narrative-based games, The Dark Pictures Anthology has everything it needs to be that franchise you can hang your hat on.

However, House of Ashes is a huge step back with its sloppy presentation and Supermassive need to mix up the formula of their narrative going forward. I know they can do better, as Little Hope is proof of that, and I want TDPA to be better. Until we meet again, perhaps somewhere “more homely” as The Curator says (pretty much confirming the next story is a hotel), let’s have a little hope that Supermassive Games get their house in order for game number four.

A copy of The Dark Pictures Anthology: House of Ashes was provided by PR for the purposes of this review. 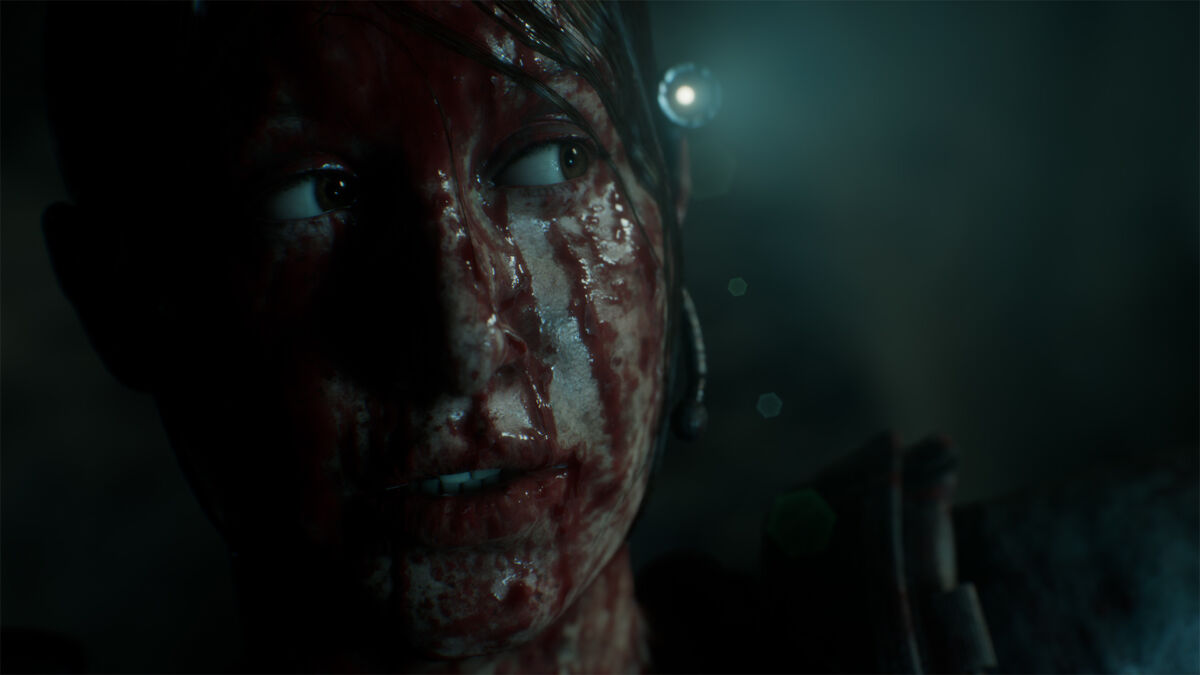 Verdict
If you enjoyed the first two games, there is some fun to be had in House of Ashes, but glitches, a predictable story structure and some boring jump scares holds it back from being a truly worthy sequel.
6
Cultured Vultures is a pop culture website established in 2013 covering all things gaming, movies, and more. We eat your words.
All The News On The Biggest Games