The Blackout Club (PC) REVIEW – A Club Worth Joining?

The Blackout Club's pioneering systems are let down by the repetitive missions and general grind. 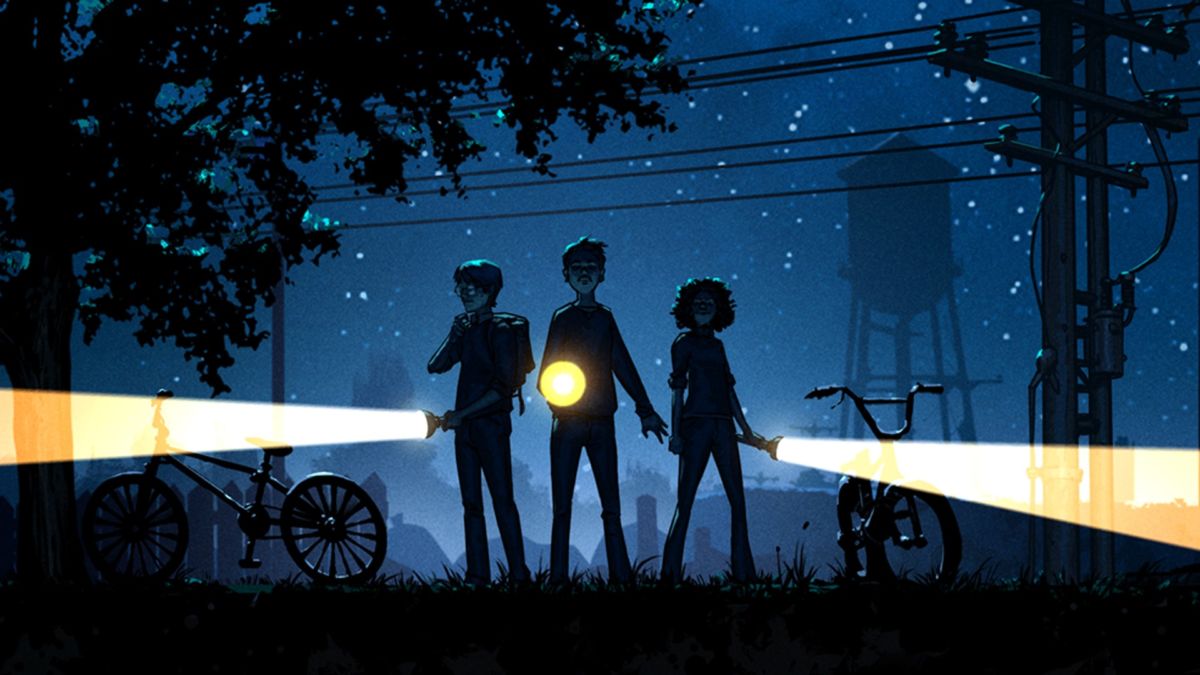 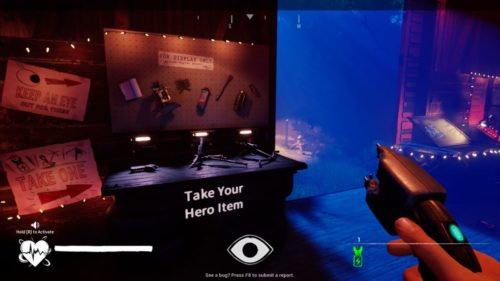 We’d been skulking patiently around the underground maze for what felt like forever, bypassing cameras and the deranged cultists that separated us from our objective. The Vest Gang would uncover the mystery of what had gone wrong in our neighbourhood, no matter how many foam grenades we had to throw or family friends we had to wrestle with. We’d scraped through many dangerous missions and looked like edging closer and closer to the truth. And then a panicked Darryl turned the corner with a lifeless body on his shoulder, leading our steely determination to turn into fits of laughter as the tension evaporated.

This was just one of many situations I found myself in in Question’s The Blackout Club, a four-player co-operative stealth horror game that sees you playing as teenagers in a town gone very wrong. One of your friends has been captured, deranged adults walk the streets, and there’s an orange blur who would very much like to ruin your day. The easiest comparison to make is Stranger Things, The Blackout Club trading in on nostalgia in much the same way to great effect. Though set in the modern day, The Blackout Club’s lack of tech and unmistakable Hardy Boys vibe helps it to ooze with throwback style.

You start off with a prologue that is a relatively straightforward trip down horror lane, though it’s still mighty effective at giving you the willies. In fact, I would have preferred to see a few more concentrated bursts of horror like it rather than the procedurally generated missions that make up the bulk of your playtime with The Blackout Club. It’s an amazing first impression that the rest of the game can’t quite match — unless you can find some friends, that is.

While it’s true that almost every game ever made is better with friends, whether they’re simply watching along or participating, The Blackout Club truly flourishes when you have some friends adorned in their respective vests (more on that later). Even when the missions grow stale and the gameplay loop becomes predictable, playing with others negate some of that as The Blackout Club is designed to create unforgettable reactions and moments. Whether you’re playing “properly” or are doing 360 spins while chucking around flashbangs, The Blackout Club is one of the best social games out there.

You start off from your HQ, a train out in the wilderness in which you can level up, select missions, and even fancy yourself up with new attire purchasable with snacks. Up to four players can join a match, which is really what you want to aim for — three players is manageable, but just one or two of you will make missions that much harder and ultimately less exciting with you having to take things extra slowly. Everything above ground is manageable, but when you have venture into the underground maze with a head (yes, a head) that attracts enemies, it’s not much fun without enough friends.

Even with a full gang, The Blackout Club is not an easy ride, especially if there’s no communication between you. Players get given a choice of three tools: a stun gun, grappling hook, or drone. The latter two are extremely situational and almost entirely overlooked by everyone, whereas the stun gun allows you to quickly defend yourself without taking any damage. You also gain access to powers, but, again, one stands out above the others. The Hacker power can save you in a pinch as it allows you to distract enemies and even drones, whereas the others feel a lot less essential. This attempt from Question to give players choice is welcomed, though the disparity in effectiveness means that my team was using the same things almost every time as we crept around the streets.

You will spend a long time creeping around in The Blackout Club, evading the clutches of not only the Sleepers and Lucids who aren’t the mild-mannered neighbours they used to be, but also The Shape. This invincible, almost unavoidable enemy appears if you have caused too much of a commotion and can only be seen by closing your eyes, at which point an unnerving message may appear as you desperately flee. The fear factor is bolstered by the Enhanced Horror System: The Blackout Club’s crown jewel and something that I can see others adopting as it’s that good of a mechanic.

You can opt in and out of Enhanced Horror whenever you want, it recording your mic audio and creating many fascinating moments that will likely leave you with goosebumps. I vividly remember making a bad joke about going to Valhalla as The Shape drew near, only to close my eyes and then see “YOU WON’T MAKE IT TO VALHALLA” etched across my screen. You can imagine the surprised scream that followed. Enhanced Horror’s brilliance is also evident when you “dream” after a successful mission, which is the game’s main way of conveying its story. It takes questions asked by players as part of rituals and then answers them with a disembodied voice. I can’t remember any other game trying something similar, so it’ll be fascinating to see how things change the older the game gets. 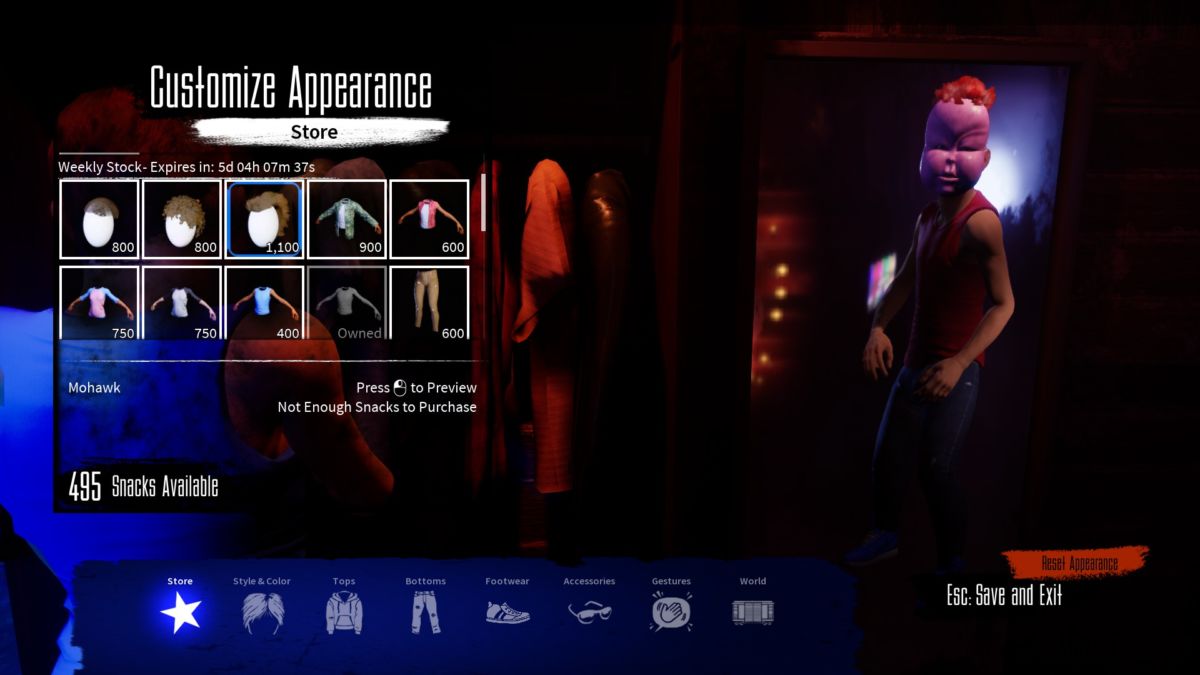 As pioneering as some of its mechanics are, the “main meal” of The Blackout Club is ultimately what lets it down thanks to repetition and a pretty significant grind. You will get the gist of The Blackout Club’s missions after your first few, and while more areas unlock the more you level up, you will likely repeat the same objectives within just one play session. Progression also feels a bit more stilted than is necessary. XP takes its sweet time to accumulate — even after almost flawless mission completions — and the rewards for levelling up don’t often feel worth the effort. You unlock one power point per level, but seeing as how the better skills take many points to unlock, there’s too much attrition mixed with repetition to make The Blackout Club something you play for long stretches.

For those who don’t mind the grind and always have friends to play with, there’s a good wealth of customisation to be found here, too, though it does come with its own grind. When myself and the other Vultures played, we based hierarchy on our attire. As the leader, only I was allowed a red vest while the others had to make do with blue. After Will turned up wearing a hoodie, he was shunned as the worthless outcast that he is. It’s clear to see why he was wearing the hoodie: the cosmetics can be quite pricey. You earn a few hundred snacks (at most) for a successful mission, but even a simple pair of trainers can cost upwards of a thousand. There’s even the option to use snacks in-game to get items, but the relative rarity of snacks makes it a hard sell.

Ultimately, The Blackout Club is an often brilliant evolution of the co-op multiplayer experience that is weakened by the repetitive nature of its core gameplay along with a discouraging grind. If you’re just looking for a social game to play with friends for a weekend, however, it can be a real firecracker.

Verdict
The Blackout Club is positively packed with pioneering mechanics and a unique setup that draws you in, but lets itself down with serious repetition and a grind that dissuades long-term play.
7.5