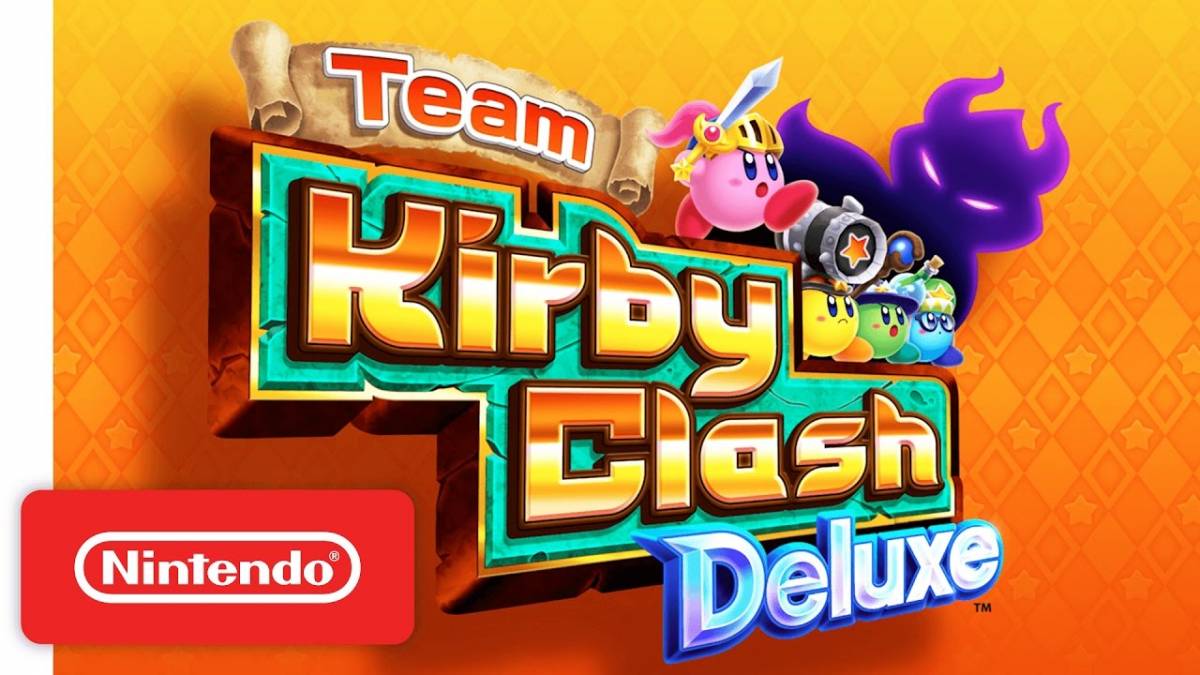 Team Kirby Clash Deluxe is a free-to-download game on Nintendo 3DS. It’s a game entirely made up of boss fights from previous Kirby games, with RPG elements such as leveling up and unlocking new weapons and abilities. It also has multiplayer, allowing for you to team up and fight monsters with your friends. It’s quite fun – I’ve always enjoyed how mechanically intricate and rewarding Kirby’s fighting system has been ever since Kirby’s Adventure Wii. It’s nice to see a Kirby game that focuses entirely on the combat, since usually with the mainline Kirby games the combat is secondary to the standard sidescrolling platforming gameplay.

For the first time in the Kirby series, they’ve introduced free-to-play elements. My initial response to this was a big feeling of disappointment. Kirby games have always been so pure and innocent – how could they sink to using a free-to-play model? Are they really going to try and exploit money out of young kids with this malicious, money-grabbing style of game? It’s disappointing at first, but if you properly look into the actual system the game has in place, you begin to realise that it’s not as bad as it could have been, and that HAL Laboratory have thankfully been very forgiving in regards to limiting how much the free-to-play model interferes with the fun of the game.

The freemium currency in this game is Gem Apples. You have a tree in your main menu area which will give you 5 apples every 12 hours. You can buy Apples for real money at the nearby shop. Whenever you initiate a fight, some Vigour is depleted from Kirby’s Vigour Gauge. Vigour will slowly restore itself over the course of the day, but Kirby can eat an apple to restore it immediately. Apples are also used to unlock new fights and to acquire new weapons and armour. The idea is that when you run out of Gem Apples and want to play more of the game, you’ll go into the in-game shop and purchase more Apples in exchange for real life money.

This is all so far extremely common practice seen in many freemium mobile games on the market. It’s an effective system that exploits how people are more likely to spend money on something they already have a vested interest in. You sucker ’em in with the promise of a free game, and then pester them for the money once you’ve got their attention.

They make it seem optional by trickling you some free currency over a period of time, but the reality is that it’s always such a small amount, so you’ll never be able to play the game properly without paying eventually. The amount of currency required to unlock things always goes up and up the further you get through the game, meaning it will eventually take days and days of gathering allotments of free currency just to unlock one new challenge.

It depends on the pricing and rarity of the premium currency, but games with this model have the potential to be especially expensive to play in the long term, and the developers of such games often try to milk their players for as much money as they possibly can. I personally find this game model exploitative and extremely unpleasant. I avoid games like this whenever possible.

But Kirby… cute little Kirby… could he have possibly sunk to this low level of money-hungry exploiting of little kids? Well, as it turns out, Kirby’s doing it differently. And it’s not all that bad actually. Team Kirby Clash Deluxe actually has some systems that, strangely enough, benefit the player.

And not only that, the game actually has a hard limit on how many Gem Apples it allows you to buy total. Once you’ve bought 3000 Gem Apples, you can no longer purchase any Apples ever again, and your tree becomes as big as it can get, giving you as many apples as you will ever need. At this point, you will never run into problems of not having enough apples, so you can just play the game normally at your own pace.

The full purchase of 3000 apples costs a total of £24.17 (as long as you are careful and make sure to buy the one-time ‘special offer’ discounted apples before you buy the full price ones).

Purchasing the full amount of Apples basically transforms Kirby from a game with the horrible free-to-play model into a game you can just buy for 24 quid and play how you like.

What this means is that it’s impossible to spend crazy amounts of money on this game. HAL Laboratory are not targeting the heavy spenders with this game – they just wanted to entice people who may be put off by an initial £24 price tag. They wanted to make the game appealing to people who are unwilling to spend a lot of money on a new app, yet they didn’t want to compromise the integrity of the fun Kirby boss fight game in doing so.

Is a fully unlocked Kirby experience worth 24 pounds? Well, I’ve paid more money for worse games in the past. And I like Kirby, so sure! Anything to be rid of the sleazy freemium elements.

I actually have no problem with HAL Laboratory’s implementation of this free-to-play system. Not only does it appeal to the mobile market who typically doesn’t want to spend much on a new game, but it also appeals to gamers who just want to be able to buy something and play it without being pestered to spend more. It benefits HAL Labs as they get a wider audience, yet it won’t cause existing fans to feel betrayed either. Win-win!

If only all mobile developers had the morals to implement a spending limit, we’d have a lot less exploitative games on the market.