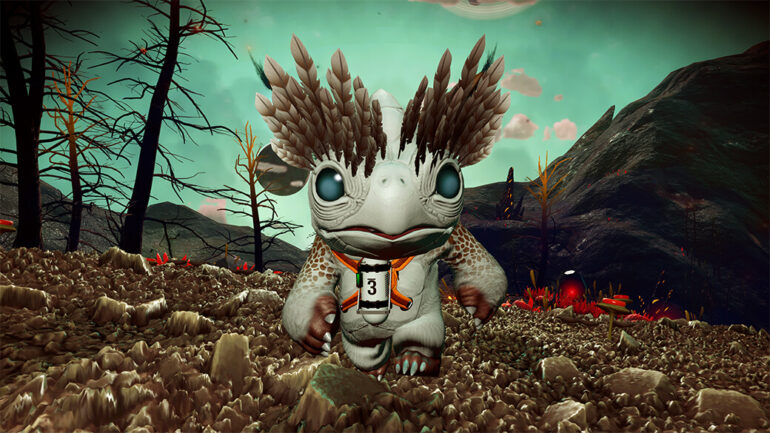 Hello Games have revealed that they’re kicking off No Man’s Sky’s fifth anniversary celebrations with another free update for all platforms. This update, the Companions Update, adds a whole host of procedurally generated pets to the game, allowing you to find some truly weird animals out there in the stars.

What Does The Companions Update Entail?

As you’d expect, the Companions Update is pets focused, as it will allow you to tame, train, breed and even speak to your pets as they travel with you across the galaxy. Most intriguingly, your pets will have their own personality that’s informed by the ecosystem they’re a part of, and the role that they play within it. Their thoughts will be translated through a neural link, meaning you’ll be able to hear your pet say that they hate someone you’ve met and they want to eat them. I assume, anyway.

If you take good care of your particular creature, they’ll lay an egg that contains the next generation of their line. Of course, you can use a genetic sequencer to try and modify the characteristics of this creature, though the official patch notes warn against overdosing the creatures while they’re in the egg. Rare and desirable eggs can even be traded with other players, which potentially makes pet breeder a viable option and career path in No Man’s Sky.