Home
Books
Book Reviews
Tales from the Vinegar Wasteland: The Return of the One Book Wonder
Books
·3 min read

Tales from the Vinegar Wasteland: The Return of the One Book Wonder 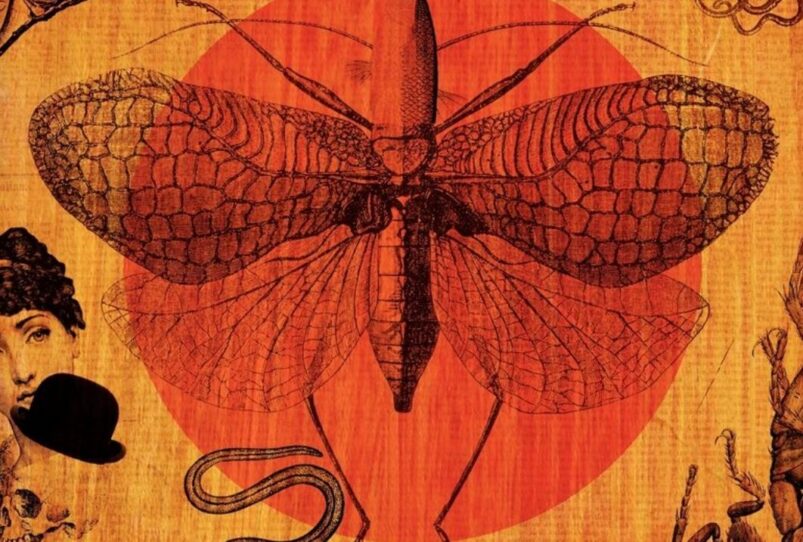 Tales From the Vinegar Wasteland

Ray Fracalossy’s Tales from the Vinegar Wasteland, a collection which includes the titular novella and several short stories, was originally published back in 2006 through Afterbirth Books. While that press was short-lived, shuttering only after a few years, this collection has obviously had staying power. It was published again through Legume Man Books in 2012. While it fell out of print yet again, it’s set to be published for a third time through Hybrid Sequence Media.

It’s not unusual for small press books to fall out of print when there seems to be no interest, regardless of the quality. Authors often move on to other projects or simply lose interest in being published and don’t really push for reprintings. Fracalossy doesn’t seem to have advocated for re-releasing this too much. Besides publishing the odd story since the release of Tales from the Vinegar Wasteland, he hasn’t had any other books published. Despite that, this is a book with enough of a cult following that there’s an interest in having it around.

The book came out on the beginning wave of the “Bizarro” genre. While the genre has something of a reputation for being the literary equivalent of weird cult movies, taking heavy inspiration from things like Troma and David Lynch, Fracalossy’s brand of strangeness is more akin to the literary postmodernism of Donald Barthelme and the surreal paintings of René Magritte.

The titular novella is difficult to summarize. It’s not a very plot-driven piece, focusing more on mood, playful imagery, and humor. It follows the weird misadventures of an unnamed librarian. Among the many things that happen to him includes his hats changing as if by magic, his friend showing him a room that doesn’t exist, discovering the book he resides within, and accidentally ending up in the afterlife.

Despite the shifts in time, space, and a prologue which intentionally has nothing to do with the rest of the novella, it flows smoothly. Fracalossy uses dream logic without drawing too much attention to the fact he is. Even some of the postmodern conceits, such as the chapters having nonsense numbers like “Chapter Pi” and the book itself existing within the book, I found myself lost in the strange yet mundane world. It’s an excellent work of literary surrealism that remains accessible.

The other stories in the book vary in length from a paragraph long to several pages. Many of them have a theme of familial relations being strained in odd ways. “Family Portrait” follows a father who goes out to buy tools, deals with various absurdities in a shop, and comes home to find his daughters have grown up and moved out. While just as funny and playful as Tales from the Vinegar Wasteland, there’s a strong sense of melancholy. By spending too much time on trivialities, the father has completely missed out on his daughters’ childhoods.

“mOsbURand,” follows the weird and ultimately pointless journey of Leopold, who searches for his dead son despite the fact he never had a son. Compared to many of the other stories in the book, this one uses absurdism to a very morbid effect. A man is wasting his time on a quest that will never accomplish anything and he keeps going no matter what people tell him.

“The Quest” is an entertaining vignette in which a wife convinces her husband that his shopping trip is a quest to save the galaxy. “Surprise Party” is told entirely through dialogue and has a man learning that his entire life, including the deaths of relatives and the birth of his children, was a cover to set up the surprise party. In “Day Three (For the love of the family),” a boy’s family is being held for ransom as he negotiates for their safety despite only being a kid.

Other stories are more focused on wordplay. For example, “Joke” takes various cliché setups and punchlines from well-known jokes and piles them together into a goofy nonsense story. “My First Absurdist Reader” has Fracalossy poking fun at his own style of writing with a Dick and Jane parody.

It’s easy to see why this book has a small but dedicated fan base and why it’s coming back in print yet again. The stories are playful, entertaining, stretch the conventions of storytelling in unpretentious ways, and many are just plain funny. If you missed this one the first couple times around, I highly recommend getting it on this printing. It seems unlikely Fracalossy will release another book at this point, but the one he’s released is good enough that I hope it stays around for a long, long time.