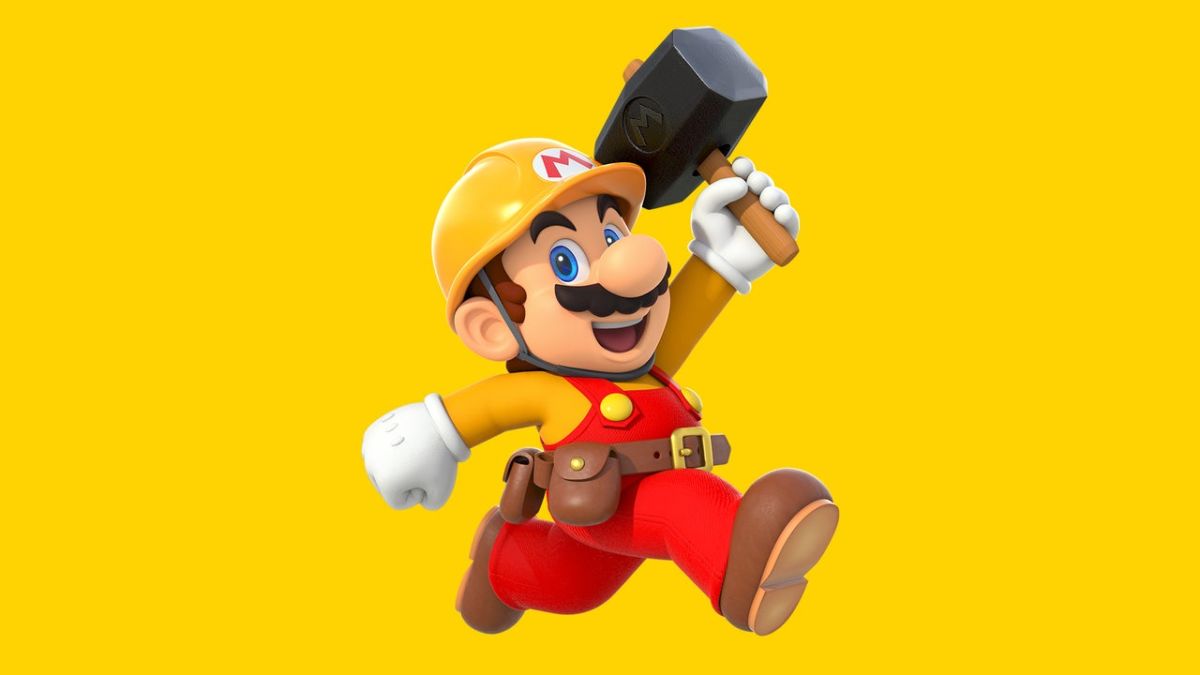 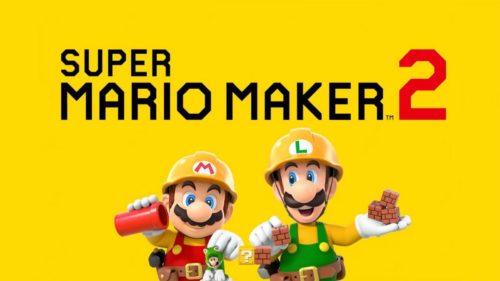 The Wii U might have been a bit of failure, but two of its biggest successes (or perhaps it’s only successes) were Super Smash Bros. For Wii U and Super Mario Maker. With Smash Bros. Ultimate already proving to be a much wider success on the Switch, releasing Super Mario Maker 2 for the portable console just made sense. And yes, it is brilliant.

Taking the “yes, and” improv method of creating a sequel, Super Mario Maker 2 builds upon the already impressive formula laid out by the first game, with an entirely new game style in the form of Super Mario 3D World, some new items, a more robust online offering and an actual Story Mode for players that want a little extra value out of their game, or just simply can’t connect to the internet and don’t have a bunch of levels already downloaded. 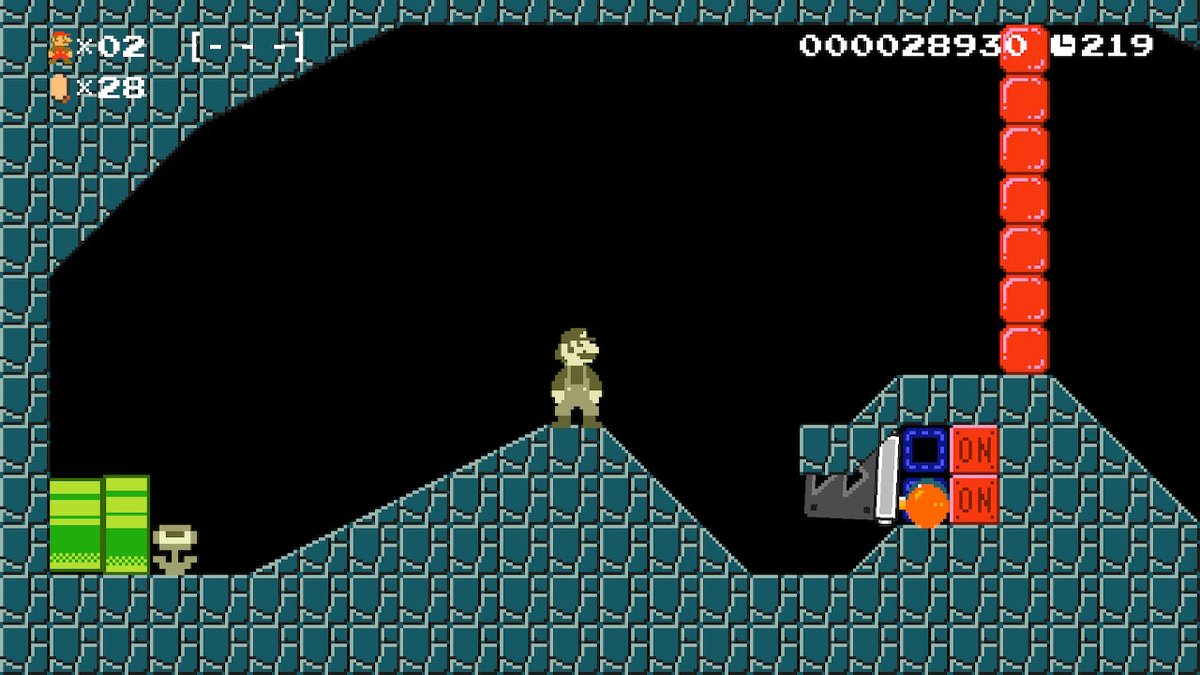 That said, as much as Super Mario Maker 2 adds content, the lack of Amiibo Support or the in-game Mystery Mushrooms which allowed you to play as a variety of characters that weren’t limited to the Mushroom Kingdom, is a bit of a bummer. While their absence won’t exactly impede the creativity of the millions of players already making levels, not being able to play as a wide range of guest characters is a feature that will be missed.

For first time players, your first port of call should definitely be the Story Mode, though “Story” is perhaps a bit generous. After Undodog destroys a castle that Mario and an army of Toad slaves have just built (we still love you Undodog, you’re a good boy), Mario takes it upon himself to raise the funds required to build another castle. 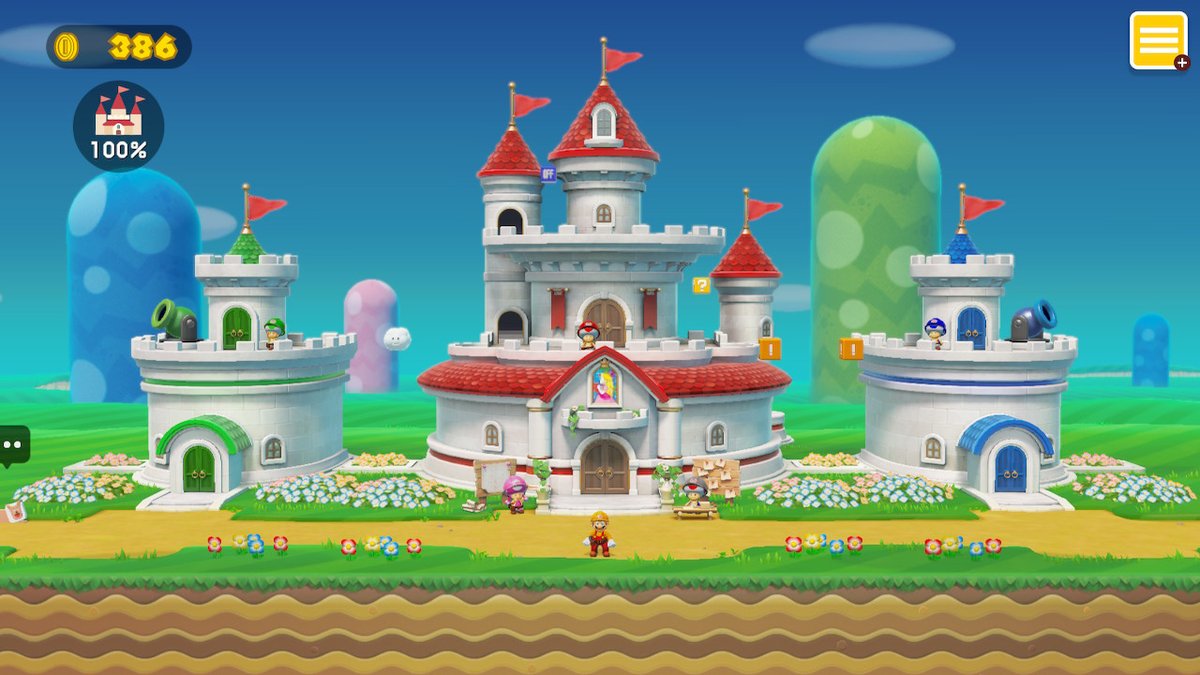 In order to raise the funds, you take various “jobs”, which are just levels created by Nintendo themselves utilising the five game styles: Super Mario Bros., Super Mario Bros. 3, Super Mario World, New Super Mario Bros. U and the newcomer Super Mario 3D World. While there are some more traditional Mario levels, there’s plenty of levels that feel much shorter and more laser focused in their execution. Often, they’ll teach you about one particular enemy, hazard, mechanic or power-up such as Piranha Creepers, Koopa Clown Cars and more.

Despite some of their reduced lengths though, Nintendo still manage to cultivate an addictive sense of risk with their level creations, particularly with their coin placement. Big 10, 30 and 50 coins can be found in the most precarious of positions, practically begging for you to give it a try. The experience of each level might not last as long, but that Nintendo magic is still 100% present, even if it has been condensed. 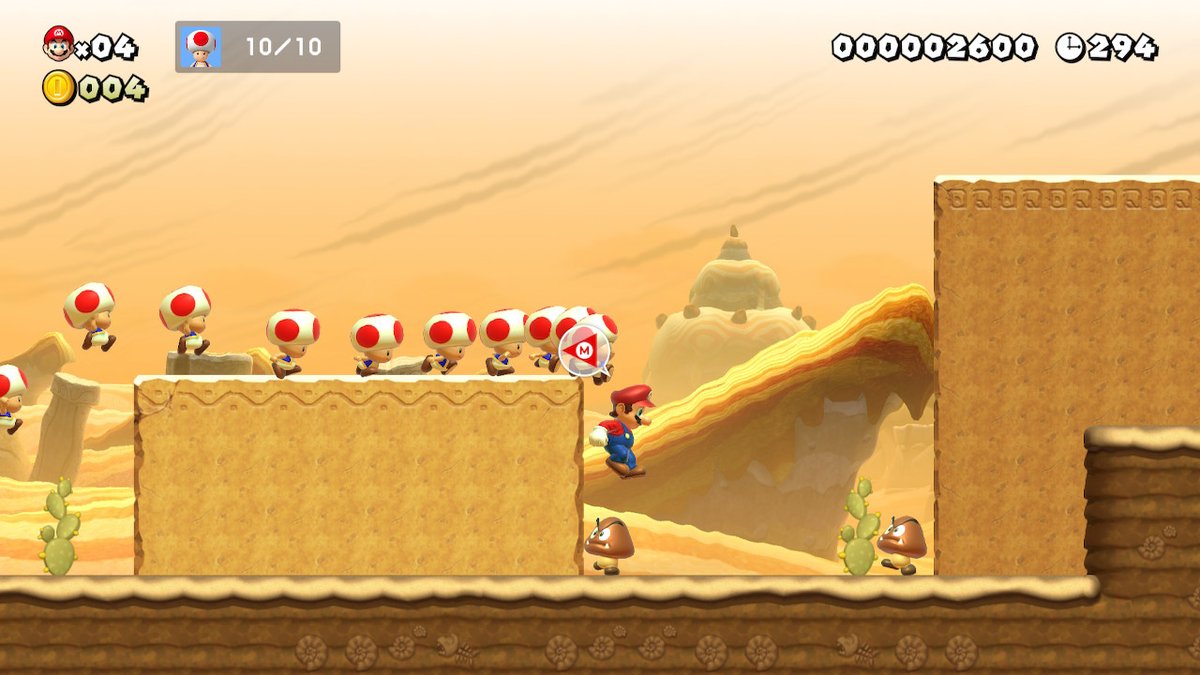 While rebuilding Peach’s Castle will only take you a couple of hours, there’s some post-game jobs to unlock, along with more buildable items, so completionists will definitely have a lot of content to contend with. Building the Castle will also unlock new power-ups to use in the Course Maker Mode, so it’s also worth giving the mode a whirl if you’re a budding creator.

This isn’t Super Mario Story Mode 2 though: this is Super Mario Maker 2, and the clear highlight is of course the Maker Mode, which allows players to create a nigh-on infinite amount of levels. Given that Game Theory published a video about how their are more potential completable levels in the first Super Mario Maker than particles in the known universe, and the sequel has even more options, the replayability on offer here is unquestionably endless.

Creating your own course can be a tad overwhelming, particularly when you’re first introduced to the UI. There’s a lot of menus cluttering the screen, and it can be a bit confusing to newcomers. Fortunately, Nintendo have included 45 handy tutorials covering Beginner, Intermediate and Advanced level creations.

Depending on whether you’re a casual creator (me, with a whopping zero level plays to my name on both my published levels at the time of writing) or a more dedicated crafter, you’ll find the help you need. The tutorials also extend to the gameplay controls, with detailed overviews of the different moves Mario can perform across all five game styles. 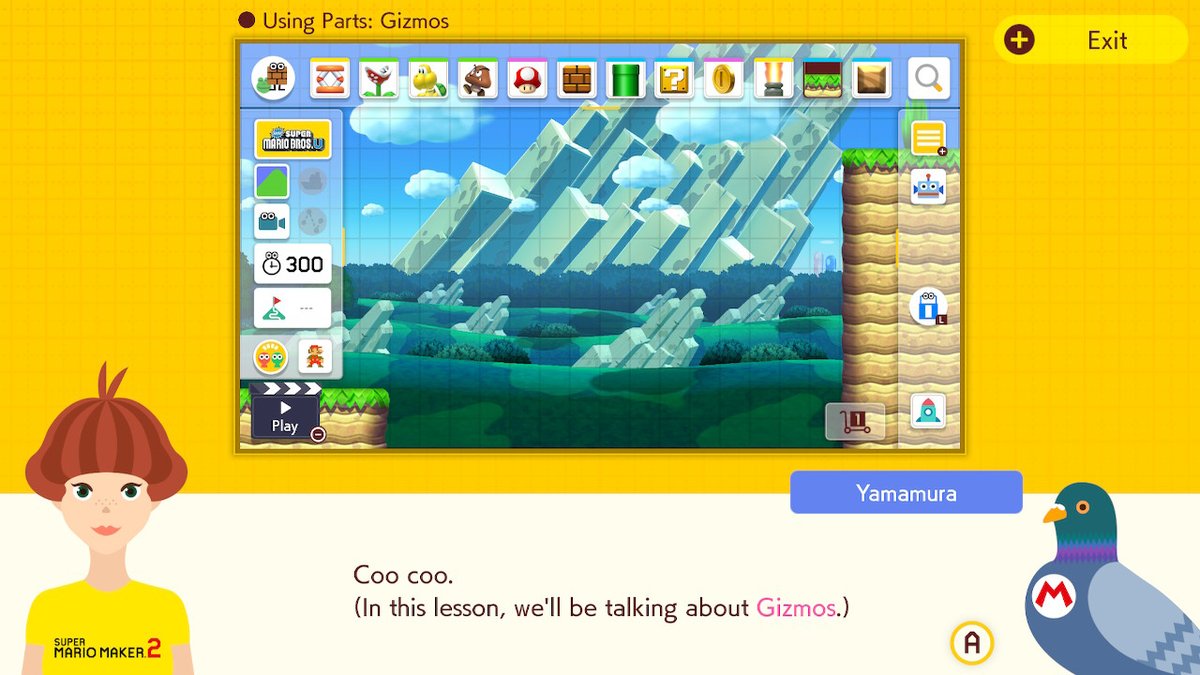 The Maker Mode also seems to best work in handheld, rather than using a controller when the console is docked. The menus and item placement just feels more natural using a combination of the Switch’s touchscreen and the Joy-Con controllers. It also means you can best express your creativity while on the morning commute or, you guessed it, dropping the kids off at the pool.

The decision to have the Story Mode levels focus on one particular aspect means you get to experience how these gimmicks work in gameplay, allowing you to then draw inspiration for your own creations. At least, that’s the idea. In practice, it turns very quickly into “let’s see how many enemies Mario can plough through using a Koopa Kart”. 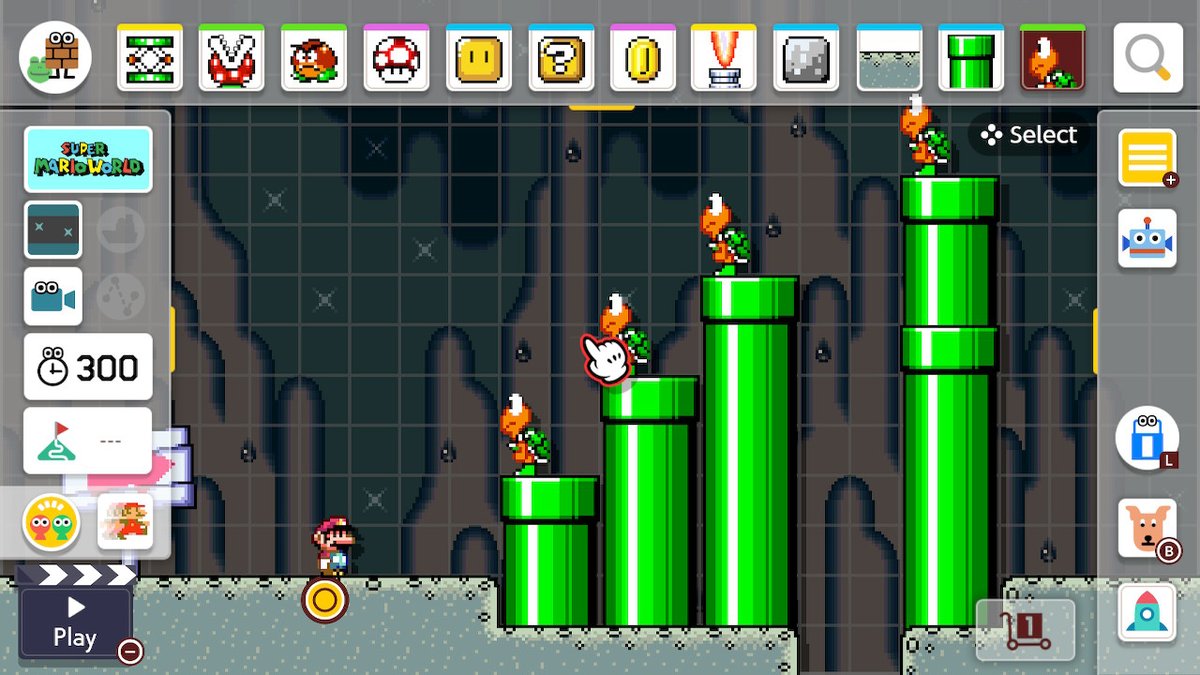 It’s safe to say that when it comes to level creation, my skills aren’t exactly up to standard (again, I’ll point to the zero level plays at the time of writing), so it’s good that the Course World exists so the player base at large can fill in the gaps for me. Within a week, there’s already perfect recreations of Pong, Pachinko machines using the new Superball Flower lifted from Super Mario Land and a tribute to the Sand Bird level from Super Mario Sunshine. As time passes, these levels are only going to get more ambitious and more impressive.

While you can browse the Course World to play individual levels, the best way to sample what the online world has to offer is via Endless Challenge, which is exactly what you think it is: you pick a difficulty from Easy, Normal, Hard or Expert and take on player-created levels based on difficulty until you run out of lives. Once you lose, you’re back to level 1. 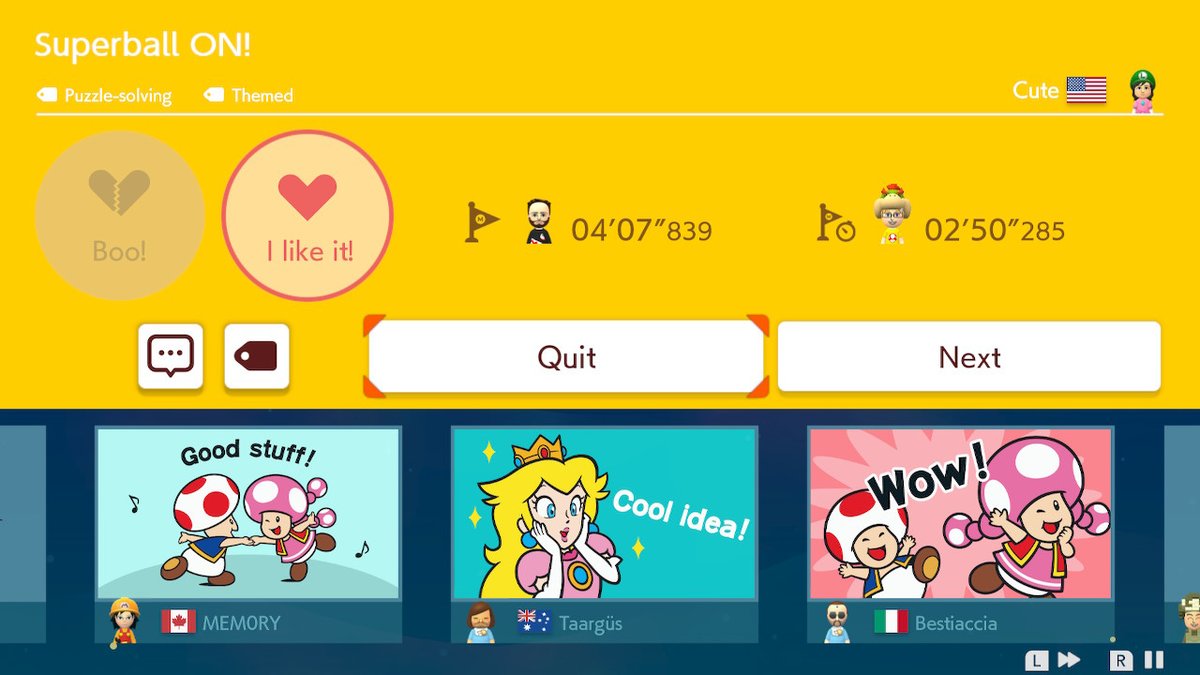 There’s a leaderboard that tracks how many levels you’ve completed in one run, though due to the random selection of levels, some runs might be easier or harder than others. Either way, the mode serves as a brilliant way to sample a variety of levels without the fuss. Still, levels are given a variety of tags, such as “puzzle-solving”, “speedrun”, “themed” and more. A good improvement would be to take on Endless Challenges based on those tags, but as it stands, the mode works wonderfully.

What works less wonderfully, but is still rather fun, are the game’s online multiplayer modes. Players can either work together or against each other to complete any of the levels players have created. Though there’s plenty of lag involved that makes the multiplayer Mario experience you’d expect even more chaotic, there’s an enjoyability that comes with that unpredictability.

Verdict
The current lack of Amiibo Support and one or two needed improvements to the online modes mean it isn’t “perfect”, but Super Mario Maker 2 is the ultimate package for both casual and dedicated Mario fans. Absolutely brilliant.
9
Cultured Vultures is a pop culture website established in 2013 covering all things gaming, movies, and more. We eat your words.
All The News On The Biggest Games