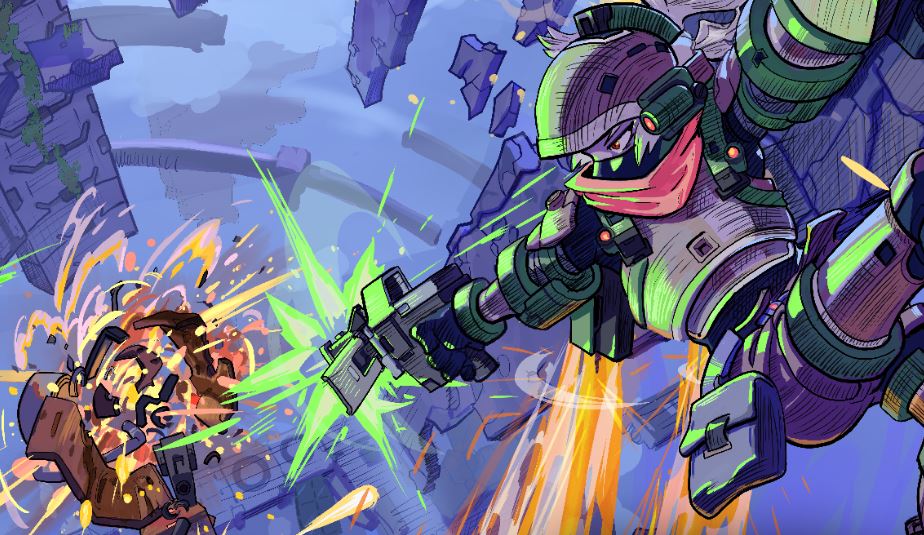 For all the bad press surrounding remasters, it’s always great to see a slightly less well-known game get another stint in the limelight. If it wasn’t for Super Cloudbuilt, the updated version of 2013’s Cloudbuilt with all the DLC and improved mechanics as part of the package, I might have let a truly remarkable little gem pass me by.

CoilWorks’ parkour-shooter with a heart was something of a cult classic on PC, essentially baiting speedrunners to get losts in its open, elaborate playgrounds. There’s always more than way to reach your goal in Super Cloudbuilt and equally as many ways to fail. It’s a challenging game, but never enough to make the player need a mid-session meditation to calm down. The balance it strikes between throwing up brick walls and the feeling it gives from players smashing through said walls is quite remarkable – although probably nobody else would agree with this, it often feels like a 3D version of Super Meat Boy, a game that can be tough -to say the least- but also irresistible to not dust yourself off and try again with.

The kineticism of Super Cloudbuilt is what makes it such a joy to play; asking you to dash from one beautifully cel-shaded wall to the other while staving off attackers and all the variables in-between. Managing the small margins -whether that’s boosting at the wrong time or using too much energy in the middle of a particularly complex run- gives Super Cloudbuilt the feel of a mathematical rhythm game. One miscalculation and it’s an almost dizzying fall to your death. 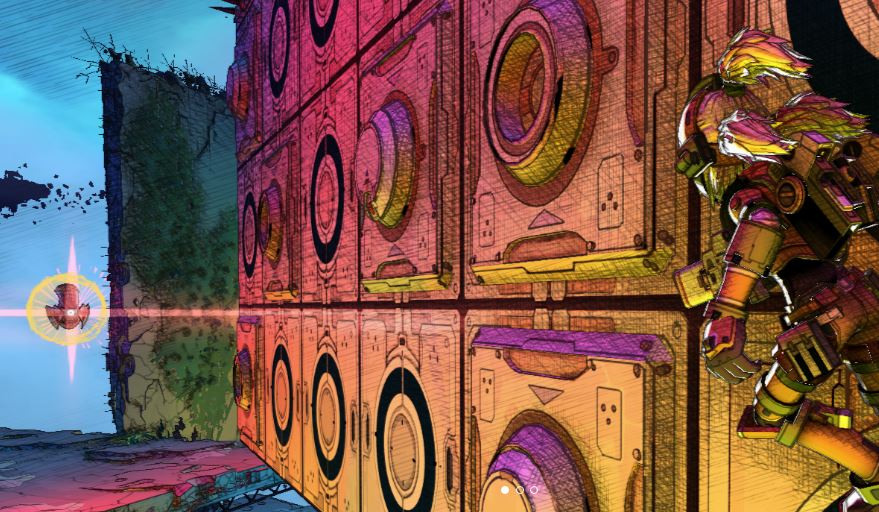 Luckily, respawning is instantaneous in Super Cloudbuilt, chucking you back into the action before you’ve even had the chance to finish your swear word, and you still won’t have finished your rant before you’re boosting along walls, eager to do it all over again. It’s maddeningly addictive to seek perfection, the immaculate double jump to cross a massive chasm and the boost needed to start the next sequence eventually coming as second nature. There were a few occasions when I wasn’t even looking at the screen as I was chastising the developers in muttered breaths for hating me but still nailing the same “spots” I’d been repeating over and over in the game’s hilariously hard DLC stages. Here’s a quick spoiler: I couldn’t beat them. Not even close.

There wouldn’t be much incentive to permanently ruin blood pressure levels if there wasn’t a good story to work through, and Super Cloudbuilt certainly has one, even if it’s vague at times. Playing as Demi, a soldier left comatose after a recent battle, the game’s dozens of stages are rationalised as her inner monologue, the challenges she has to face on the road to recovery. It’s easy to relate to her plight as everyone’s lost someone or even a sense of self, but the nature of Super Cloudbuilt’s non-linear progression means that the narrative is a little disjointed. Still, Demi’s reflections and worries are all of us at one point in our lives, questioning everything we know and what we see ourselves as. 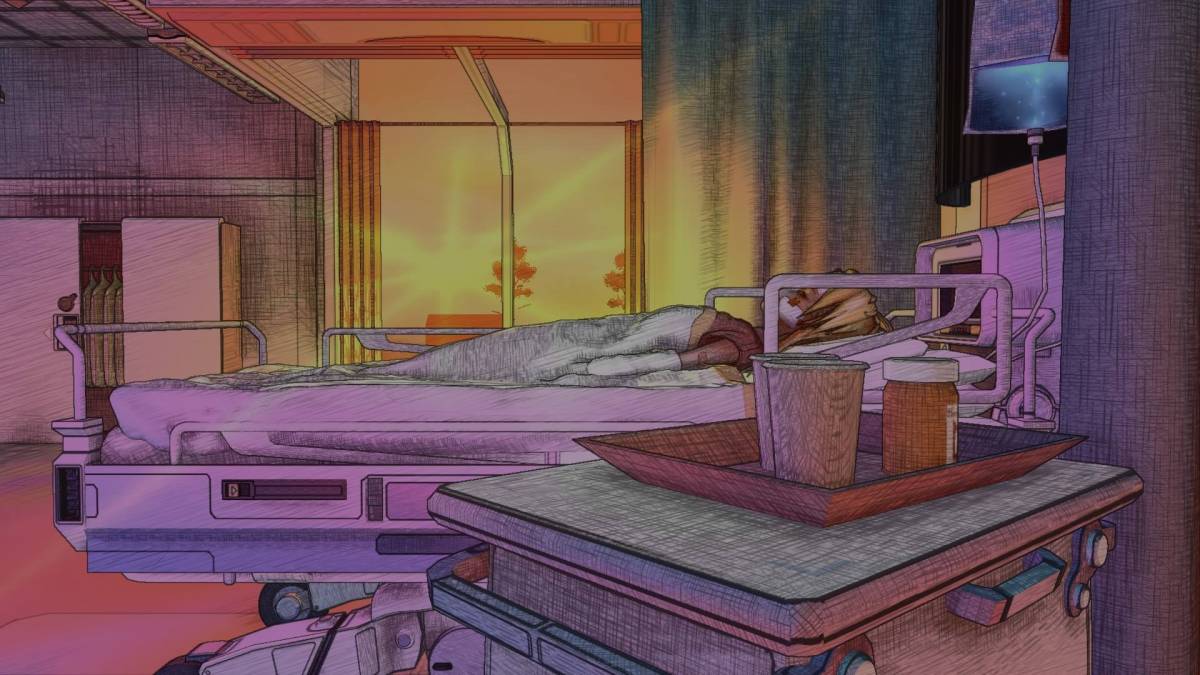 Playing as Demi is an isolating experience. There’s nobody beside her; no wise-cracking sidekick or sardonic AI to help her through her trials, which, when coupled with the game’s many expansive yet barren stages, compliment Demi’s feelings of loneliness. As much fun as dashing along walls and dispatching of enemies mid-jump can be, Super Cloudbuilt’s disquieting atmosphere always brings the player back to its crux. Even if her voicework can often be a little too distant, somewhat robotic in its delivery, Demi is an endearing character and someone who you will want to help wake up.

Blends of different genres typically have weaker elements and Super Cloudbuilt is sadly no different. The gunplay, while effective, feels lightweight compared to the immense satisfaction of free-running, so much so that it’s often more thrilling to just skip past enemies rather than take them head-on. The reticule (on PS4, at least) is imprecise and if there’s distance between Demi and her attackers, it can be quite difficult to figure out what’s going on – you will likely keep shooting at already taken care of enemies, which is especially annoying when in the midst of one of the game’s many frenetic firefights.

That being said, Super Cloudbuilt is a game all about freedom, so the way you approach any obstacles is ultimately up to the player. Once the story is taken care of, there’s a whole heap of extra content to wade through, including modes ideal for speedrunners. Although I couldn’t even manage an S rating on the very first stage, it’s easy to see where a lot of perfectionists are going to fall in love with what’s on offer, asking them to be almost impossibly perfect during runs.

For the regular, non-superpowered gamer, Super Cloudbuilt has plenty of other tricks up its sleeve. Once a stage is bested, different challenges become available, such as speeding through it without using any weapons or not getting hit at all. There are potentially dozen of hours of gameplay once the main experience is dealt with, so completionists are going to have their work cut out for them. It’s doubtful that there will be many gripes about that, though – Super Cloudbuilt’s USP simply doesn’t get old.

Just before the release schedule hots up again, be sure to check out the second throw of the dice for an indie darling that deserves all the extra players it gets – Super Cloudbuilt is close to modern platforming perfection.

Verdict
Bursting with extra content and more addictive than sugar while giving the same rush, Super Cloudbuilt is an absolute delight and one worth seeking out.
8.5
Cultured Vultures is a pop culture website established in 2013 covering all things gaming, movies, and more. We eat your words.
All The News On The Biggest Games