Summer Catchers (PC) REVIEW – Not Quite A Summer Breeze

Summer Catchers drops the ball with its RNG-heavy gameplay and monotonous quests. 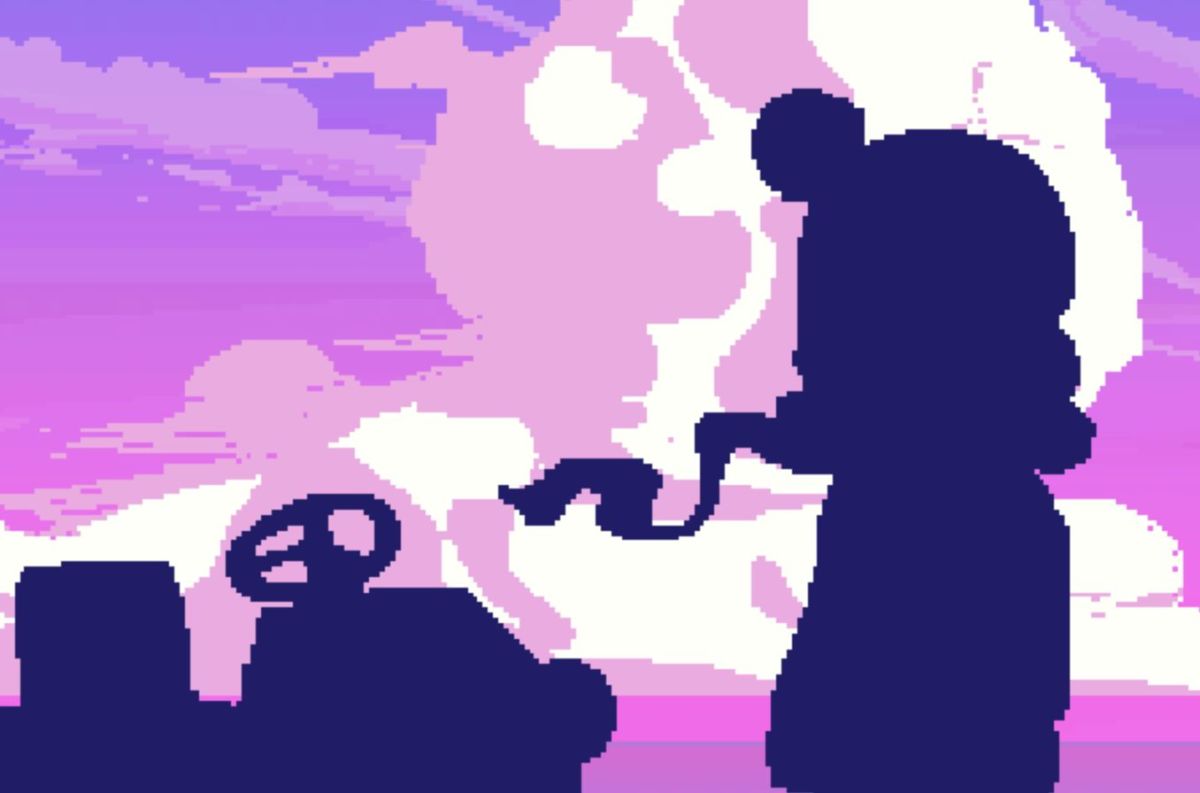 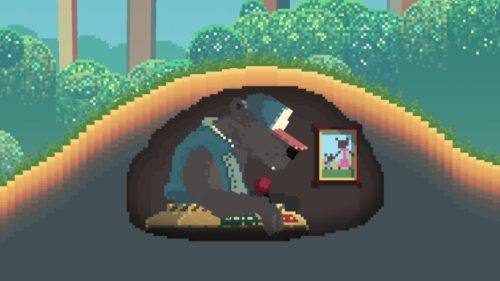 At least twice during my time playing Summer Catchers, I felt that I had finally hit a turning point where the gameplay was going to improve, and yet nothing ever came of those moments. Sadly, developer Face It, Corp.’s first game is a testament to what can go right and horribly wrong with an indie title.

Summer Catchers has you play as a girl driving a little go-kart looking to see the ocean for the first time in her life. To do this, you must go on a journey across her homeland through perilous regions riddled with mythical beasts. Along the way, you’ll find a few pit stops where the locals may post for help or otherwise seek assistance that you can resolve via your cart and a few specialized tools. It’s a serviceable plot with a few cool random occurrences that serve no purpose other than to establish this world as mysterious and exciting. 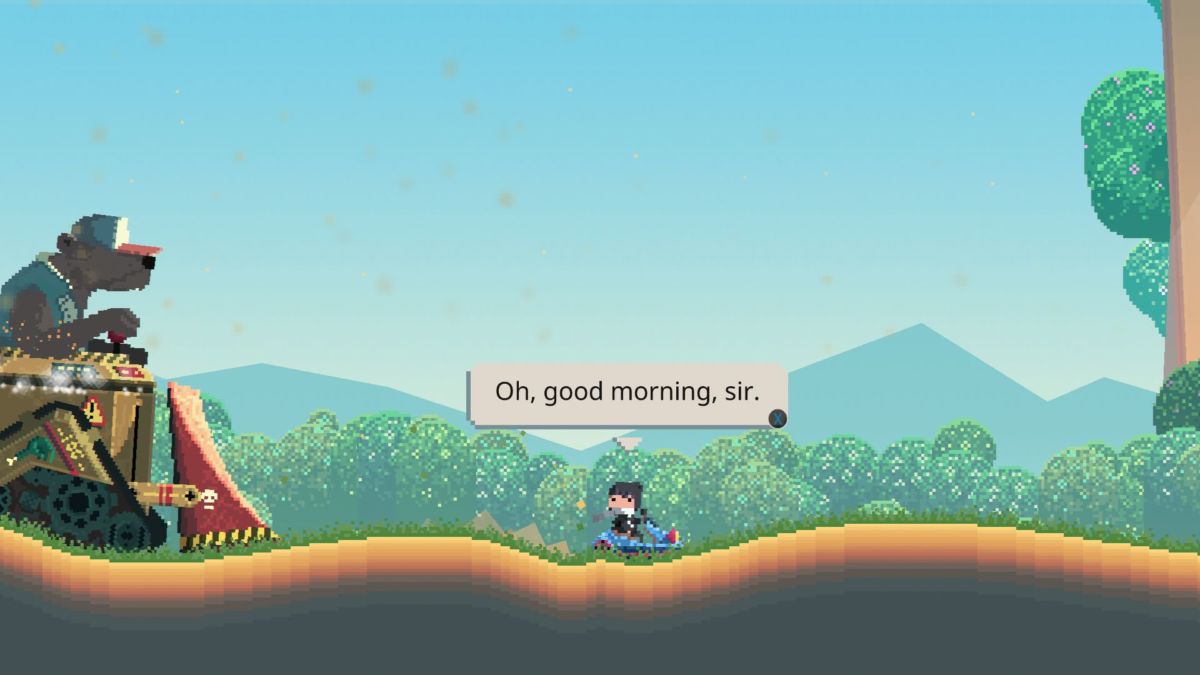 The gameplay is where everything goes awry. For every pit stop you arrive in, the denizens hand out a board of quests that must be completed before you can move along to the next area. Of these quests, you must take one at a time, complete it and then come back to get another. To accomplish your tasks and travel further, you’re given a handful of tools that help your cart get past obstacles. When you’re in the pit stops, you can stock up on uses for these tools, and then you expend them while travelling in your cart. Some of these tools may be specialized for the mission you’re currently attempting, while others are constantly available.

That’s all well and good, but the issue lies with how these tools are implemented. Rather than having them readily available to use at any point, they’re placed in a backpack that then chooses three random uses of any tool within. This means that you only have three choices to get past obstacles, and there’s no guarantee you’ll have what you need at any given moment. You might need a jump tool to get over a briar patch, but the backpack decides to give you three rocket boosts instead. Apparently, the game wants you to cycle through the wrong tools in order to reach what you might actually need. However, the obstacles are also random, and you have limited means to discover what may be coming up next. Summer Catchers relies very heavily on RNG. 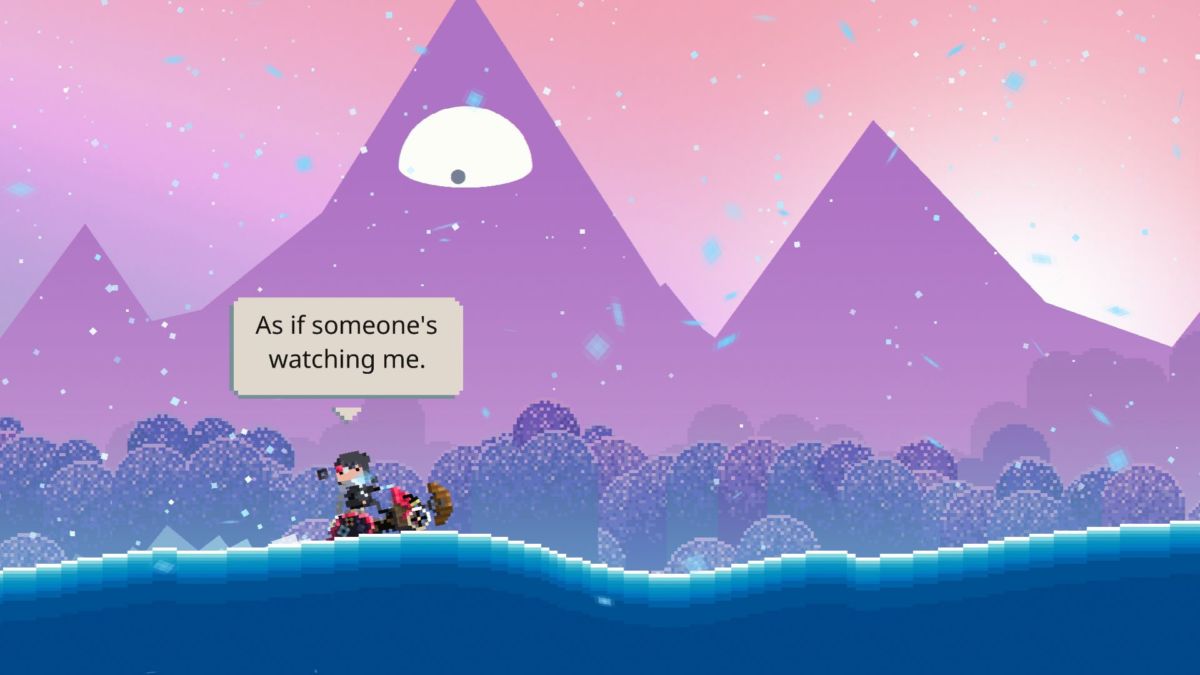 As I continued to push through these missions, which generally have you jumping or using special tools at particular moments, I realized that almost every mechanic was left up to chance. I may need to use a special axe to chop these trees, but those axes are randomly placed in the bag among all of my other tools, so now I’m hoping to first pull an axe out of the bag and then hope that the game gives me a tree to chop down. As I chop the trees, there are even fewer instances of the axe within my bag, so I have to hope even more that I’ll eventually dig out that last axe to chop something down.

Everything more or less came down to brute force. I’d buy up as many items as I felt necessary, but not too many to over-clutter the bag. I’d then drive out, complete one instance of the quest, crash, and do it all again until I completed the quest. I picked up another quest and did it all again. The frustration of seeing seven totems in a row while I had zero bumpers to break through them contrasted heavily with the happy mood given off by the environments surrounding my adventure. 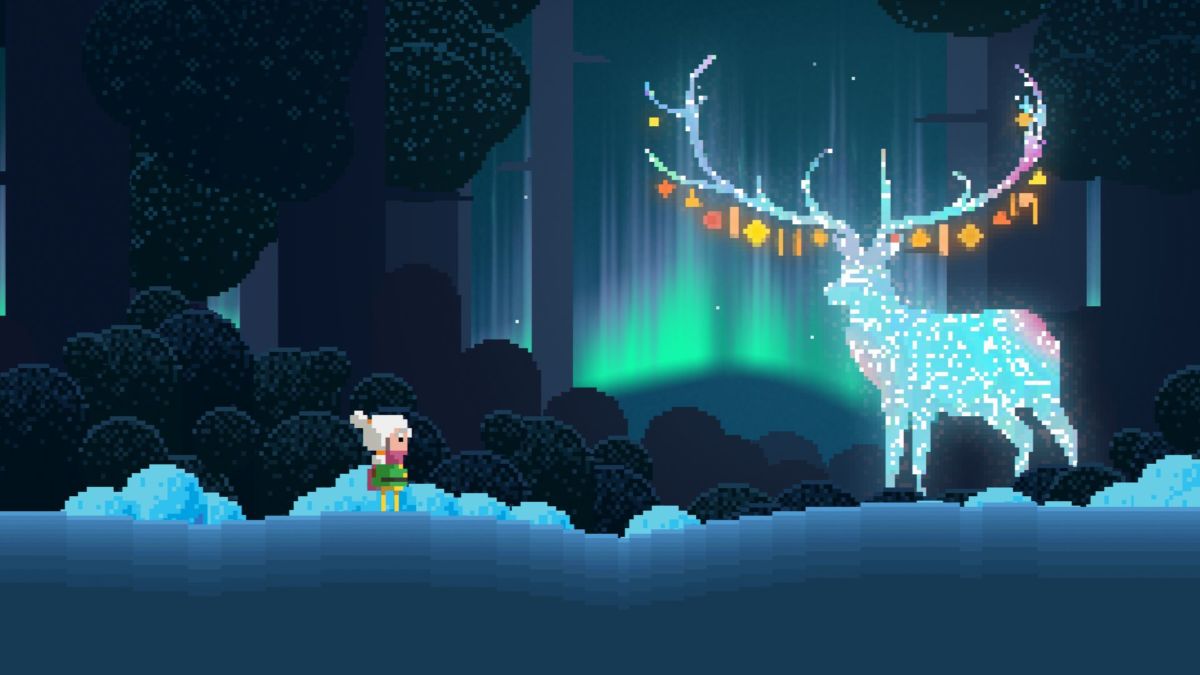 That’s not to say it’s all bad here. Aside from core gameplay, the pixel artwork and environmental detail set a comforting ambiance, looking to place the game as a relaxing drive through the countryside. Character models are vibrant with nuance that demonstrates clear artistic talent and cohesion within this fantastical world. Things look beautiful and refined, which is all the more disappointing that the gameplay falls so short of the artistic aspirations.

Even the music hits all the right notes. One of my happiest moments was when the gameplay briefly shifted to a rhythm game. Music swelling in the background, an old deer tells you he needs help playing the xylophone in order to save some tired fireflies. It’s as random as it sounds, but it was a welcome change to hear this magnificent soundtrack highlighted within the gameplay, if for just a brief aside. As I banged away at that xylophone, a brief hint of a smile crept upon my face for the first time since I took to the roads of this world. It was quickly dashed once I was put back in the damn cart, but it felt so good while it lasted.

Summer Catchers is a game that I want to love, but it actively works against itself to keep me from fully enjoying the world around the action. With such wonderful art and style, this was a game built upon lofty dreams that just couldn’t quite reach expectations. RNG as a mechanic can be fun, but when it’s the core loop of your gameplay, every moment is just a gamble whether or not you’ll jump that rock or just rocket yourself into it at high velocity.

Verdict
Despite the beautiful pixel art and inspired soundtrack, Summer Catchers drops the ball with its RNG-heavy gameplay and monotonous quests.
5