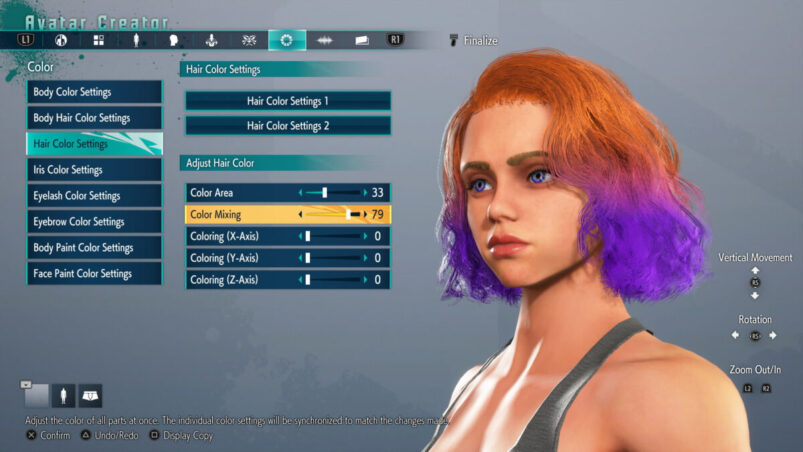 Street Fighter 6 could arguably be the most anticipated fighting game right now. In fairness, it’s between that and Tekken 8, as the announcement trailer looked pretty darn sweet, but the excitement for Street Fighter 6 has been massive ever since all the modes and new features were announced. A World Tour mode with your own playable avatar? Sign us up. Now that Capcom have dropped more details about the avatar creation and World Tour mode at Tokyo Game Show 2022, that hype has only been amplified.

When the World Tour mode was first announced as a single player mode, most probably didn’t expect the avatar creation to be as in-depth as it looks. Many likely anticipated the choice of a few presets and some random outfits, but what’s been shown in the trailer looks like it might be Capcom’s most versatile creation suite yet. Given how varied the characters in Monster Hunter World and Rise can be, that’s saying something.

The fact that Street Fighter 6 has a mode this in-depth is the stuff dreams are made of, literally. As a kid who spent a lot of time playing fighting games but had no one else to play with, one of my biggest wishes was to see a character creation mode in Street Fighter. Seeing my created dude rub shoulders with the likes of Ryu, Dudley, Akuma and others was a tantalising prospect back in the day, but it never seemed like it was going to be a reality. The closest we got was assigned custom moves to Ace in Street Fighter EX 3, but that’s not really character creation, is it?

Considering I spent most of my youth being bullied by pretty much everyone in school, character creation suites were a great platform of expression for me without having to worry about what other people thought. It’s why I naturally gravitated towards games like the WWE Smackdown games, Tekken 5 and Soulcalibur 3. Despite the fact it’s one of the most janky 3D fighting games ever made, I’ll still have a huge soft spot for Mortal Kombat: Armageddon, and most of that is due to its character creator.

Seeing Street Fighter join those ranks feels a little bit like a fever dream, and with the World Tour mode offering a huge adventure for players to embark on with their custom character, it really feels like Capcom are doing their utmost to ensure the reception to Street Fighter 5’s lack of single-player content isn’t repeated. The fact you can take your avatar into the Battle Hub and interact with other players is just the icing on the cake.

If there was just one suggestion to make that’d make this character creator feature even better, it’d be the possibility of using these avatars online in certain matches. Considering that you can create a custom move-set for the character in World Tour mode, using the avatar in a ranked match might be a bit overpowered, but letting your creation/monster loose in casual matches feels like it’d be a real winner. Soulcalibur VI let players do it, so it’d be awesome to see Street Fighter 6 do it too.

Either way, I’m excited to live in a world where a Street Fighter character creator exists. Sure, I’m probably going to misuse the feature by essentially just creating another version of a bearded Ryu, but allowing the Street Fighter community’s creativity to run wild is a good thing. If nothing else, you could use it to add any missing characters or unofficial guest characters.

Okay, forget my bearded Ryu clone. World Tour mode is about to turn into the next Like A Dragon game when I make my Kiryu avatar.