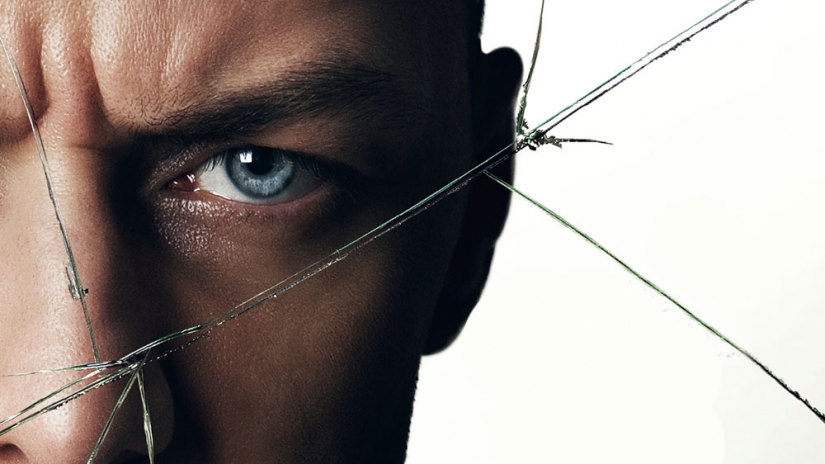 Split‘s the kind of movie that you’ll go see on the premise alone.

Very early on, three girls are kidnapped by a masked assailant, Kevin, who turns out to have 23 different personalities inside his head. Played excellently by James McAvoy, this dangerous figure keeps mentioning the chance that a 24th personality – given the sinister name ‘The Beast’ – will soon arrive and wreck havoc upon all those around him. It’s up to the alpha of the girls, Casey (Anya Taylor-Joy), to overcome their captor and survive.

Going into the film, I was cautiously optimistic. As is common knowledge now, director M. Night Shyamalan is the pinnacle of hit-or-miss movies (though more miss than hit in recent years). Regardless of how tantalising the premise is, Split rests entirely on how well the content is handled. Luckily, I came out of the movie more entertained than I had expected.

Despite the lofty concept for the film, it’s surprisingly grounded in delivery. Most of the events take place either in the prison that McAvoy’s villain has constructed, or in meetings between Kevin and his psychiatrist Dr. Karen Fletcher (Betty Buckley). It’s in these meetings that the best of what Split has to offer takes place, as McAvoy transitions seamlessly between several of his personalities in a single shot. Typically it’s only a nuanced facial expression and change in accent that differentiates each character, but it’s consistently enjoyable to watch him struggle with his own mind and the several voices that occupy it.

When we’re not watching McAvoy steal the show, the film is littered with flashbacks to the captive Casey’s past and her relationship with her father. Flashbacks can sometimes be seen as a lazy trope in movies, as they’re an easy way to convey backstory to an audience; with Split, I don’t know if I’d necessarily say that they’re lazy, but instead largely irrelevant. There’s a moment late in the film which acts as the payoff for the flashbacks being present, but it doesn’t feel considerable enough to warrant using them at all. If anything, more focus on Kevin’s backstory would have been preferable, as he’s by far the most interesting character in the film.

A concept or idea can only hold you captivated for so long, though, so it was important for Split to maintain its intrigue throughout. Does it? Well, not quite as much as you’d hope. The problem is one which I struggled with after last year’s 10 Cloverfield Lane: Is it possible to enjoy a movie, even if you think the ending is incredibly unwarranted?

I ask this because for the first two-thirds of Split, I couldn’t keep my eyes off the screen. It’s fascinating to see McAvoy explore this layered character to the best of his acting ability, and it’s a performance which is probably deserving of some awards. As the film progresses however, and it delves into horror arguably more than it should, things begin to fall apart and you lose interest much quicker than was probably intended.

This doesn’t mean that you should neglect Split; it just means that it results in being a reasonably decent movie as opposed to a great one. I can’t say that I regret watching the story unfold, but much of it is so predictable that it almost feels like squandered potential.

Verdict
In trying to make an intelligent and unique thriller, M. Night Shyamalan has instead created a film which is worth your time, but one which feels like it squanders an infinitely interesting premise.
6.5
Cultured Vultures is a pop culture website established in 2013 covering all things gaming, movies, and more. We eat your words.
All The News On Your Favourite Games