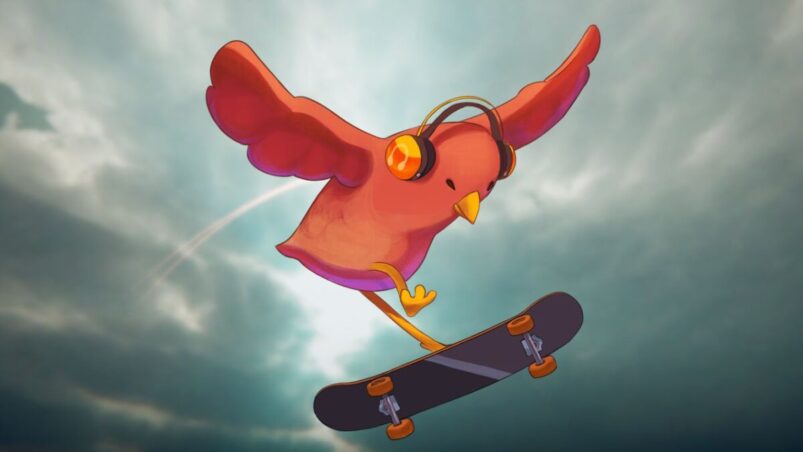 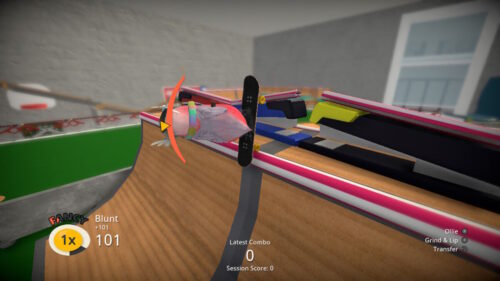 Skateboarding is fundamentally cool. Those who are good at skating are cool, and all of the equipment associated with the sport — the board, the pads, the helmet, the anti-establishment attitude — equals being cool. However, as every former teen has to understand one day, looking cool and actually being cool are very different, and it’s much easier to look like a skater than it is to actually know how to skate.

Skatebird has a ton of charm, and knows how to look the part. The birds you choose to shred up its miniature skateparks are all cute and endearing. There are a tremendous number of different costumes and customization items for your birds, and a staggeringly vast array of bird breeds to choose from, putting you firmly in the middle of a veritable toybox, with more items being unlockable within the game.

Skatebird’s soundtrack is also a clear highlight, with the initial tracks hitting a “lo-fi beats to skate to” sweet spot, and extra unlockable tunes that switch up the pace with ska and punk tracks from bands like We Are The Union, Illicit Nature, and Grave Danger. These are unlocked via secret cassette tapes that are scattered around Skatebird’s five parks, and are each extremely rewarding to find. You also have a dedicated button for screaming, which is very fun.

All of these charming facets of Skatebird are ancillary to its central story, which has your protagonist bird teaming up with other feathered friends to rescue their human owner (or Big Friend, as they call him) from his dead-end day job, which must be terrible because it’s keeping him away from his bird pals. It’s a fun, amusing justification for why these birds are skating on a city roof, and while players likely would have just accepted the idea that birds want to shred, it’s neat that there’s some sort of narrative reason behind the idea.

Unfortunately, when you get past the clever story and the inherent humor of birds on skateboards, you have to get into how Skatebird handles the action of skating, and the end result is disappointing. Skatebird’s moment to moment gameplay is bland at best, and actively hostile at worst. Your bird always feels clumsy. Stringing together moves for combos feels perfunctory and lacking in a sense of response to your input — there’s only so much animation a pleasantly plump, adorable looking owl can do to show they’re attempting a kickflip. Without any more visual or mechanical feedback, hitting a large combo doesn’t feel exciting or like anything the player themselves performed, more something the game is telling them to trust is happening because of the big number on the screen.

The birds themselves are just too unruly to steer around, with their momentum alternating from parked boulder to runaway train, with no settings in between. As little as brushing left or right on your control stick can send your bird moving at a perpendicular angle and careening off course. The game’s camera is also prone to jumping up your bird’s beak and refusing to show you the course in any meaningful way.

One of the key hooks of Skatebird’s skating is your ability to flap your wings and Ollie a second time in mid-air, effectively giving you a skating double jump — something that, in theory, should blow the doors off our preconceived notions of how to chain together strings of moves and combos. However, this clever twist doesn’t feel all that well-integrated in Skatebird because of how lax and unresponsive the animations are. The different areas don’t really offer many obstacles or fixtures that require mastering the double ollie, which feels like more wasted potential.

On the topic of Skatebird’s different parks, you unlock new areas to skate by completing missions that forward the narrative, as you move from Big Friend’s messy bedroom to the world beyond. These missions usually center around collecting floating items or getting to a specific part of the current area, all within given time limits. The missions are all fairly similar, which isn’t inherently a problem, if the skating mechanics were enjoyable. But given how hard it is to steer and position your bird, the missions go from challenging to tedious.

On top of the camera issues mentioned above, Skatebird is currently beset by performance issues while skating. Colliding with walls can imbed you in them like a chirping dart in a concrete dartboard. Gaps that should have enough room for both bird and board can likewise freeze you completely. Wiping out is inevitable in any skateboarding game, but resetting from a spill in Skatebird can stick you in a spot you can’t move from, or position you in such a way that when you start moving again you go in the complete wrong direction. Nothing about how the skateboards behave feel quite like they should.

Perhaps the source of my frustration with Skatebird comes from the promise of what it could have been. Skateboarding games aren’t plentiful, as out of all real-world sports and hobbies, it seems unique in being something that should easily lend itself to virtual versions, but rarely maps to a digital half-pipe in an organic way. A game doing something different with the skateboarding medium, not just aesthetically but mechanically, could and should be a huge avenue for innovation.

Additionally, there’s also the fact that time, effort, and care clearly did go into Skatebird. The atmosphere and overall tone of the game is very clearly conceived, and goes well with the marketing material’s stated goal of Skatebird being “a skateboarding game about trying your best.” Skatebird wears its heart on its feathered sleeves, and for that it deserves respect. I sincerely am looking forward to what games the developers make next, because I want to play the game that lives up to these ideas in a satisfying way. Skatebird isn’t it.

A review copy of Skatebird was provided by PR for the purposes of this review. 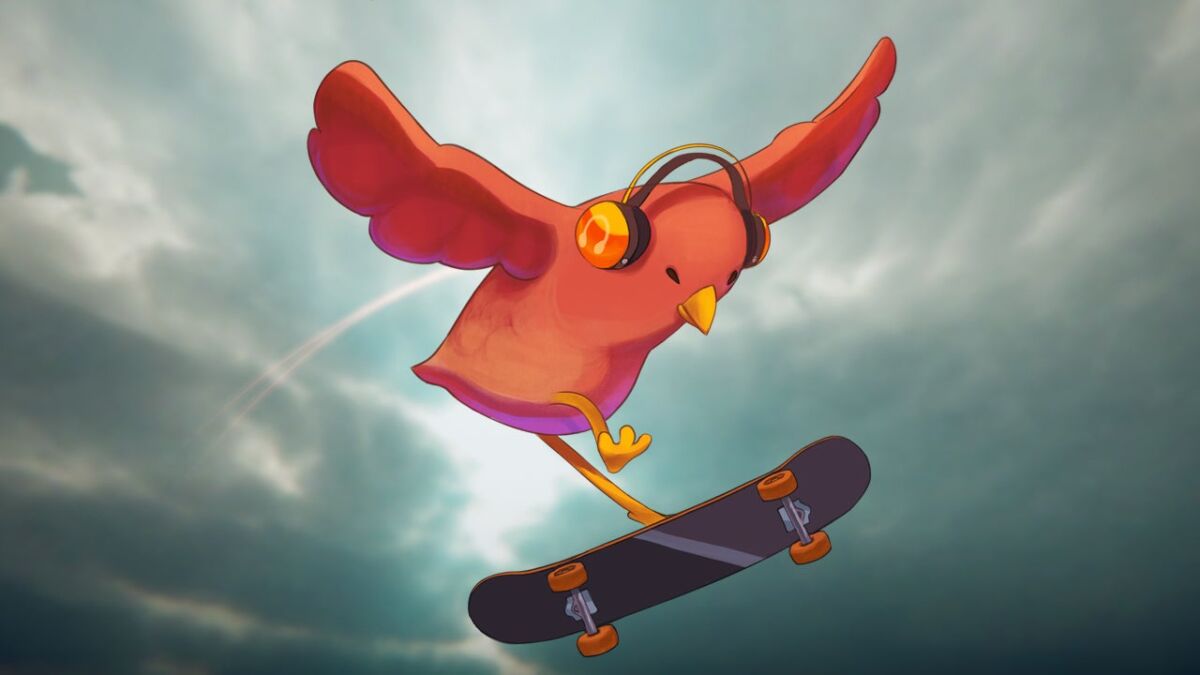 Verdict
Despite its amusing concept and charming vibes, Skatebird can’t get far when it actually gets on the board.
4
Cultured Vultures is a pop culture website established in 2013 covering all things gaming, movies, and more. We eat your words.
All The News On The Biggest Games