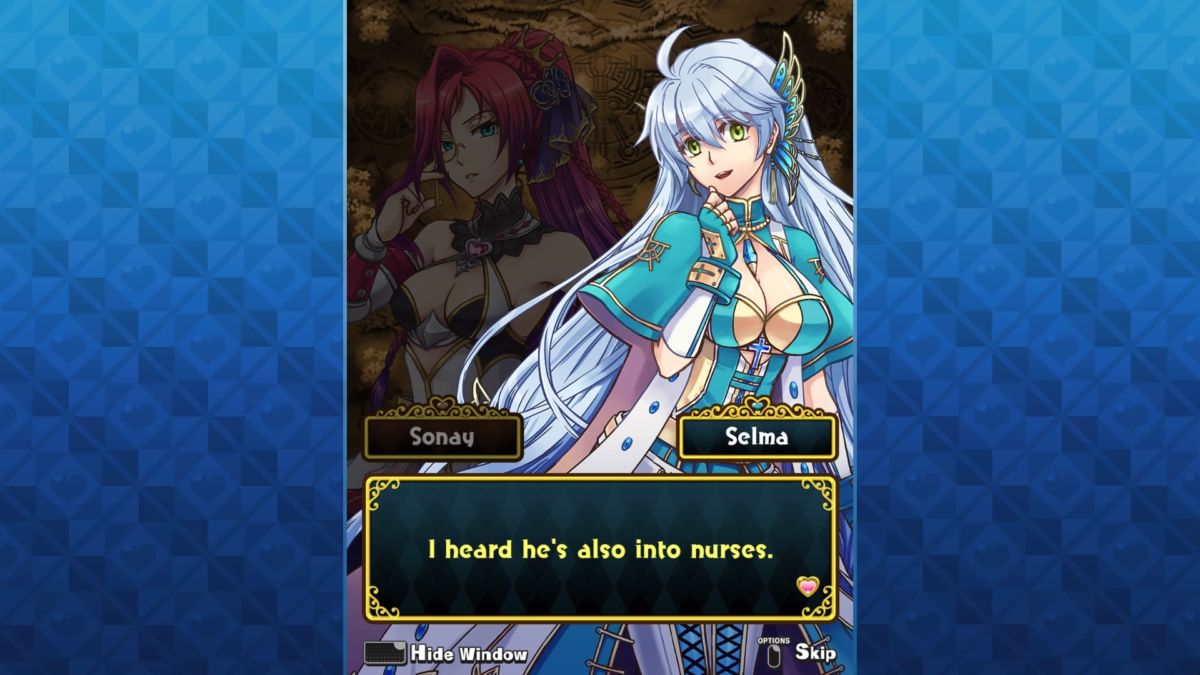 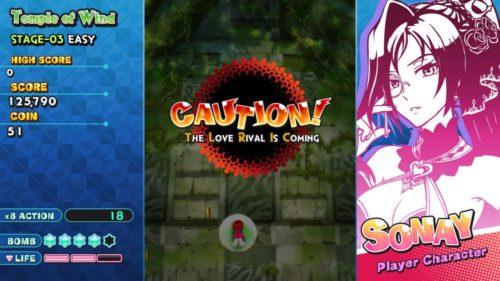 Your thinly veiled plot for Sisters Royale is that you play as 5 sisters: Sonay, Lale, Selma, Ece and Nur. They are prophesied to bring down the evil demigod Saytan – yes, that is indeed how it is spelled, you cannot blame my dyslexia on this one. The one small flaw as to why they haven’t bought down this Saytan is that they hate each other. In the game’s long text crawl intro, it’s actually never explained why, other than the slight sexist smatterings of “they’re women – why wouldn’t they?”, or at least that’s how you are made to feel. 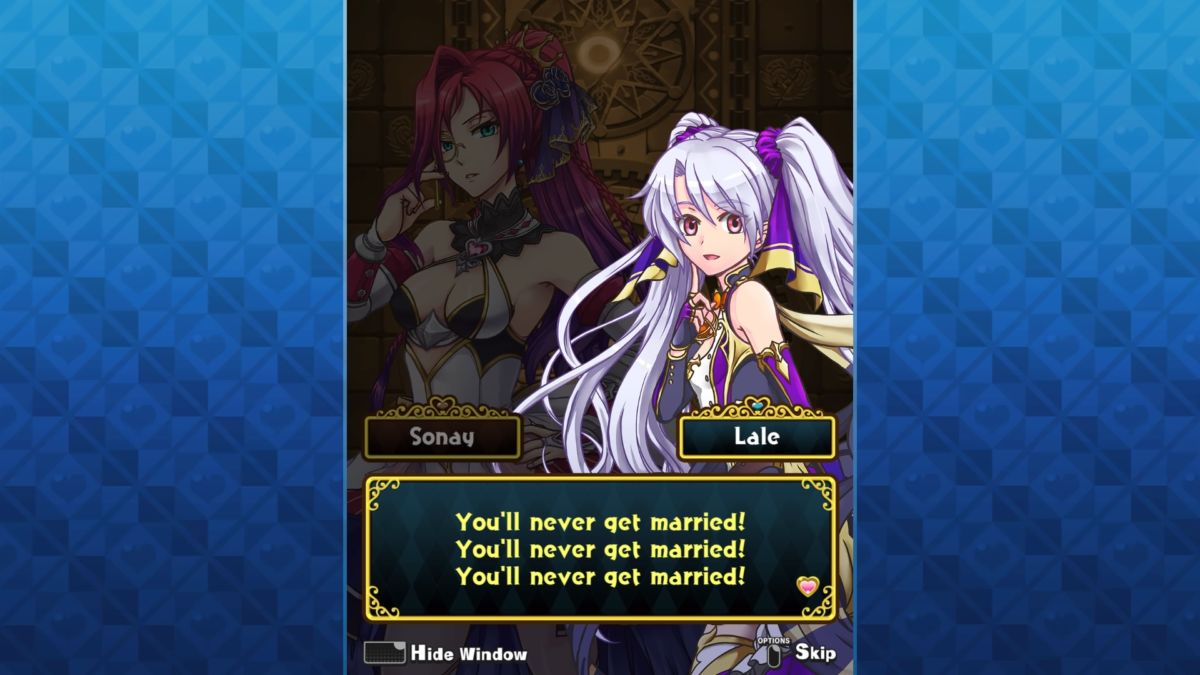 Instead, these 5 sisters are fighting for the hand of Lord Yashin – again, it’s not explained and the people of Pultima are about to see “the worst squabble their world has ever seen”. After a violating experience with its intro music and marvelling at just how many options are not available, you are given more cutscene text to try to work out what’s going on. Ultimately, it’s the sisters slinging insults at each other, calling out each other’s age, beauty, and fetishes.

The narrative decisions involved in Sisters Royale are depressing to witness. None of these 5 protagonists are likeable, because they are written as 2 dimensional stereotypes of women, portrayed as hormonal, irrational and feeling the need to marry. While not overtly sexist, it still raises some worrying eyebrows. Maybe if it offered some social commentary about the audacity of true love or even marriage as an archaic tradition, then maybe Sisters Royale could be something that missed the mark while still deserving of praise for the effort put into its narrative. However, that is not the case and Sisters Royale is a chore to play when you’re scrolling through text with just insults ranging from the childish to the absurd. 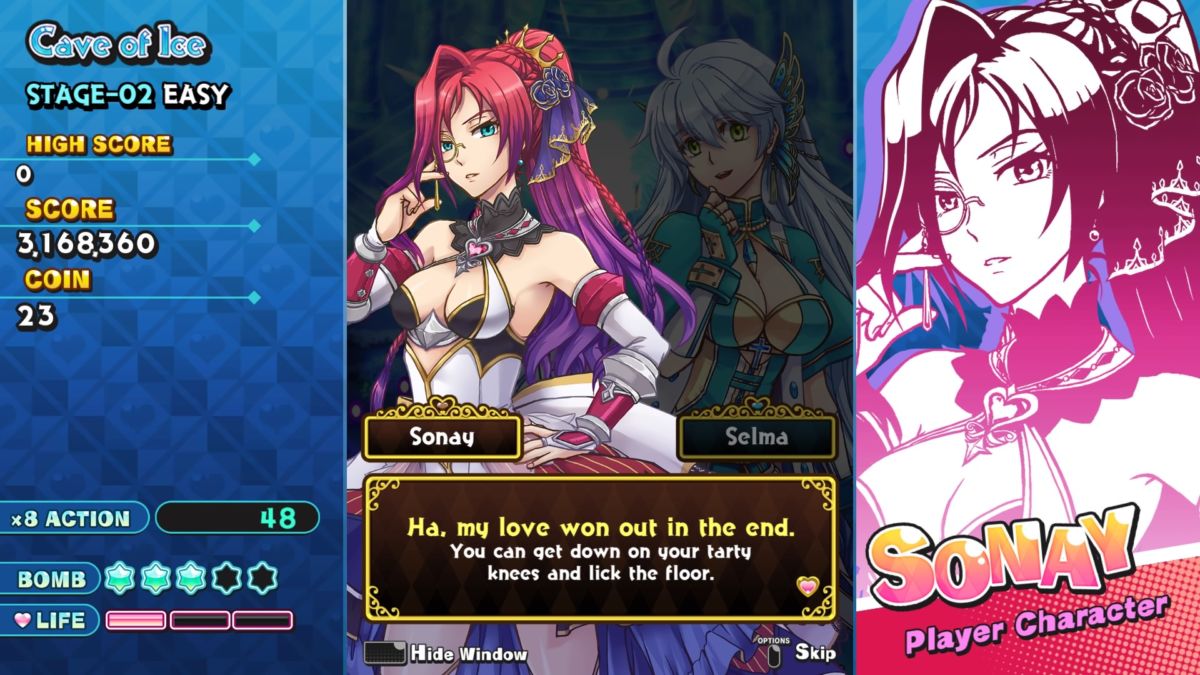 Sisters Royale’s presentation is awfully dull to look at as well. Its graphics can be compared to high end sixth generation consoles and despite the game’s approach to its bright rainbow and hot pink colour scheme at the title screen, nothing like that is carried out for the level designs to make Sisters Royale look at all appealing. You are met with colour schemes where the colour and vibrancy of the world of Pultima has just been sapped away and you are staring into a void of darker shades of greens, blues and browns. It feels like you are playing two contrasting titles.

The gameplay is exactly what you would expect from this genre. You pick one of the 5 sisters who all have different shot abilities, go from point A to B, shoot anything that moves and dodge incoming projectiles. The end of each level has you pitted against one of your sisters, better known as “Love Rivals” or your character’s “conscience” – a version of you shrouded in darkness, if you are playing the level your chosen character is supposed to be a boss in. It’s 5 stages with two final bosses and you’re done in half an hour. 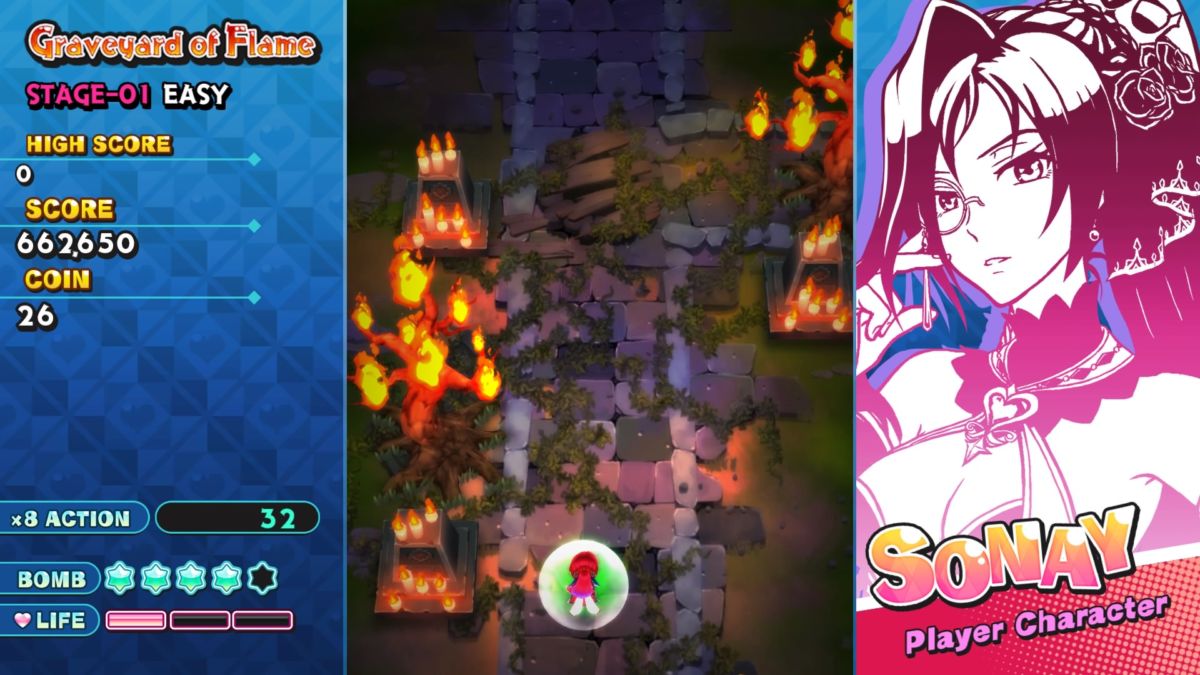 For disclaimer’s sake, two runs were done for this review, one on easy mode and another on normal to find some differences and apart from higher enemy health gauges and the expected difficulty curve, there wasn’t a whole lot to talk about. Unless you really want to crack some trophies, two runs might understandably be all you could muster.

You could just hold the circle button and dodge; there’s no real strategy here. There are the usual combo stack ups that do more damage to your enemies, reserved for those who are quick to dodge. The square button unleashes a bomb attack, handy for clearing all enemies out of the room, and a summon attack, which doesn’t do much, or if it does, you’re too distracted by everything else being thrown at you. 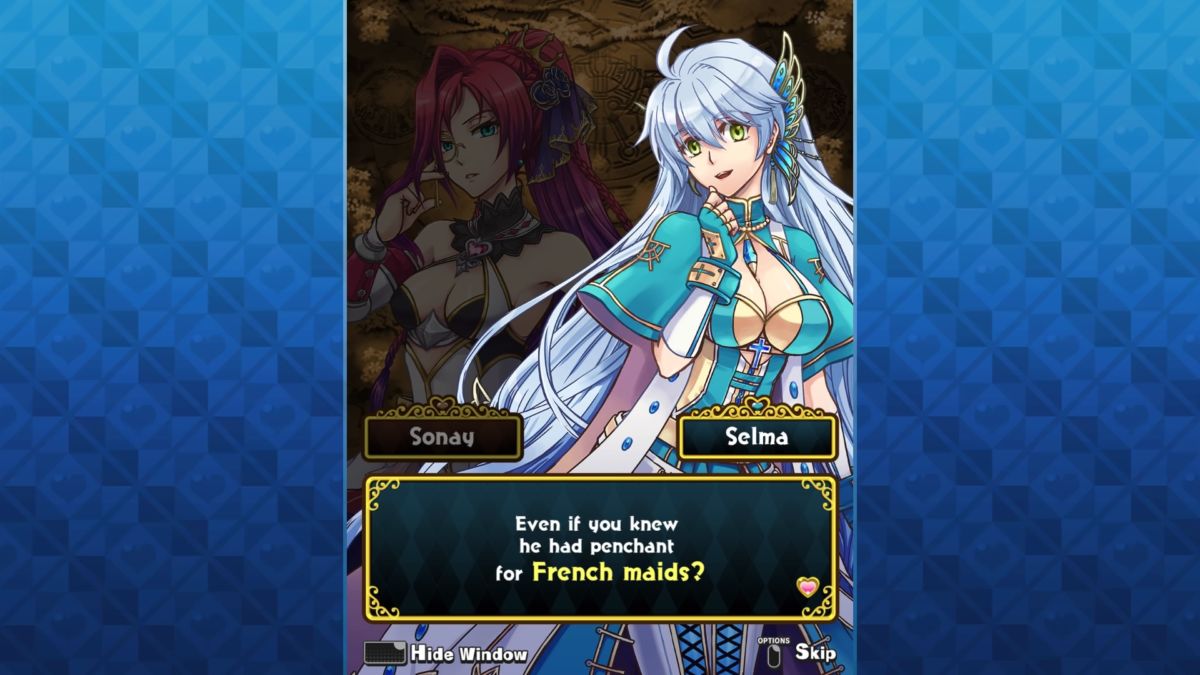 There’s nothing here that breaks the mould, there are plenty of better examples out there for you to enjoy that are far more challenging. Despite being over 30 years old, Fantasy Zone still provides a challenge, is available on current systems and doesn’t break the bank. Or, for the more modern audiences, you have Enter The Gungeon, which, while not strictly a Cute-Em-Up, still provides a fun and enthusiastic challenge. Sisters Royale has no sense of risk nor reward; when you die, you just pick things up where you left off, a hindrance only if you’re looking to grab the high score or no damage trophies.

Furthermore, each boss requires 90 seconds to beat, which doesn’t matter because should you die during a boss battle, the timer starts again. 90 seconds is more than enough time to tackle your foes and if this 90 seconds was to pose a credible challenge, then that’s out of the window the moment you press continue. The only challenge here is the one you create yourself. The only thing I can commend Sisters Royale for is that at least the buttons are responsive and the trophy list does have some packed challenges for its genre, if you even want to give them a go after your initial playthrough.

As I have said in previous reviews, there are only so many times you can creatively call a video game boring and here we have the more unpardonable of Sisters Royale’s sins: it’s simply boring. Unless you really love this genre, allow me to warn you against Sisters Royale one final time. Its humor will be lost on anyone who actually values women as more than just a person who cooks the tea in a French maid’s outfit, its presentation is as fun as watching the lowliest of hentai movies and it has no value to anyone outside its target audience.

A copy of Sisters Royale was provided by PR for the purposes of this review.

Verdict
At least the game works and the trophy list pose some decent challenges, but other than that, Sisters Royale should be a hard pass to anyone looking for a good Cute-Em-Up game.
2