Why Single’s Inferno Is The Most Addictive Reality Dating Show

This show is like Pringles: once you start, you can't stop. 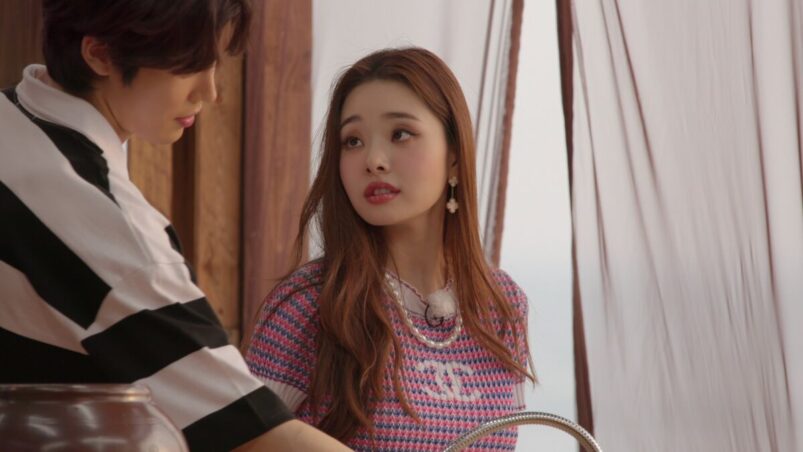 I’ve seen my fair share of reality dating shows: numerous seasons of different iterations of The Bachelor, Love Is Blind, Married At First Sight, Love Island, Temptation Island – the list is a lengthy one. The excitement comes from the guesswork – who will end up together – as well as the joy that comes from shipping two people together. Each reality dating show is built around a premise, like Love Is Blind involves contestants making connections without ever seeing the other person, and Married At First Sight wants individuals to put their fate in the hands of experts who match them on paper, and the first time they ever see each other is when they get married.

For Single’s Inferno, the contestants are on an island (which is termed inferno, cause they hot), and if they want to escape it to paradise (which is a hotel with really nice amenities), they need to either match with their chosen partner, or win at games. At paradise, they can ask their dates for the night questions regarding their occupation and age, questions which are not allowed on the island. There’s also a wide array of food that awaits them at the hotel, as opposed to cooking up whatever ingredients offered on the island.

The show begins with 9 participants, 5 male, 4 female, and the lack of parity in the numbers is bound to create some drama, given that there’s always going to be one person left out. Compared to western reality dating shows, where there’s quite a lot of physical intimacy, Single’s Inferno is more conservative. A kiss on the cheek and hand holding are the furthest displays in terms of physical affection (well, for the most part), with a lot of time spent on group camaraderie and the conversations each couple has in paradise. It allows the viewer to focus on the relationships and connections, and not have to be assaulted with extensive make-out sessions.

Given that they spend 9 days on the island, it feels very much like speed dating. The fun for the viewer is trying to get a read from each of these connections, and determine who ends up with who by the end of it. The show also has a panel of celebrities watching the show along with us, and along the way, they would offer their commentary on certain situations and couples. It adds such a fun dimension to things, since they articulate everything we ourselves are feeling. It’s especially nice if you’re binge watching the series on your own, so you kind of feel like there are people to share your shock and awe with.

Unlike other reality dating shows, where there’s so much discussion about whether people are in it for the right reasons (cough The Bachelor/Bachelorette), Single’s Inferno is pretty explicit about all these contestants coming on the show to promote their brands and businesses. The added incentive is whether or not they meet someone worth getting to know along the way. So instead of a faceless contestant, we get a true sense of them as individuals, as well as their passions and ambitions. It’s also really nice that they prepare their meals together on the island, and from there, it’s quite cute to see some sense of a spark between some of them as they chop up ingredients or wash rice.

The show isn’t static with its rules, which was weird to me since I was so used to seeing some sort of format to these types of shows. After the first day, the contestants each choose the person they want to spend time in paradise with, with the caveat being that the other person has to choose them as well. This is where the drama begins, since they’re choosing based on attraction and minimal interactions, so one person might get chosen more than once, while others don’t get chosen at all. Rejection, for people as attractive as the ones here, is a new feeling, and some of them stew in it, writhing in a sense of disbelief.

However, the second day, the rules change: they cannot choose the same person they went to paradise with. Compared to other shows, which want couples to imprint and stick together, this show encourages mingling, to see if there are other connections to be made, before settling down with the one you see the most potential with. This throws everything into disarray, as Se Hoon, one of the male contestants, gets left behind in Inferno for the second day in a row. This is shocking, especially since he made his attentions known to Ji Hyeon from the very beginning. Not getting chosen the first day is already enough of a blow, but to be the only one passed over twice, the only contestant not to make it to paradise at this point, that’s a devastating revelation to sit with.

The show milks this for all it’s worth, keeping tabs on Se Hoon as he sits by a black cauldron cooking food in black clothes, poignantly sighing every other minute. It becomes clear that he has been chosen as the protagonist of the show, and for us common folk, who have been rejected more times than we can count, we find ourselves relating to him, as well as feeling sorry for him. Having seen things from Ji Hyeon’s perspective, she exuded a clear sense of disinterest, and we shake our heads at Se Hoon for being so fixated on her despite the signals she was sending him.

The show even introduces two new female contestants, Su Min and Min Ji, both of whom have romantic interest in Se Hoon, and we root for him to move on from his heartache. The earlier format of mutual choosing is thrown out, and now, contestants who win games choose their dates for paradise. This is what I mean about the rules not being static, which keeps things exciting. Now, Se Hoon, who is one of the winners from the game, can finally choose his date for paradise. We ponder between Su Min and Min Ji, before the man throws a curveball and picks Ji Yeon. Everyone is shocked; I’m shocked, the panel is shocked, the viewers on reddit are beyond shocked.

How does a man continue to choose the same woman in the face of such rejection? Most of us would lick our wounds and move on, but not Se Hoon. As the date unfolds, we see that Se Hoon made the choice for himself, to clear the air in a way that he wouldn’t be able to on the island, and the tension flows away as the two enjoy the food and each other’s company. To add to the curveball, Ji Hyeon, after winning the game the following day, chooses Se Hoon to be her date in paradise. During this date, she got to spill her side of things, and revealed how difficult it was for her since she felt pressured to return his interest. At the end of it all, they chose each other, completely defying audience expectations of how things would work out.

This Se Hoon/Ji Yeon narrative has certainly divided netizens. Some say that it’s a red flag that a man would continue to pursue a woman when she’s clearly not interested, others admire his ardent stance, and given that they’re only there for 9 days, it can’t be easy to switch affections in a matter of days. This is also seen when Ji-a has three men choosing her at the end of show, and among them is Si Hun, whom she had already rejected, the man still following his heart despite the lack of reciprocation.

The most interesting observation that emerged was how unwavering the men are, with all of them sticking to their first choices, while the women were less invested and more practical. Su Min chose to invite Si Hun to paradise when it became clear that Se Hoon was no longer an option, and So Yeon toyed with the idea of exploring her attraction to Se Hoon after Jin Taek and Ji Yeon chose each other for paradise. Ji-a had three men chasing after her, and never settled for any of them.

Somehow, Single’s Inferno reminded me of summer camps, where you make your own food, sleep in tents, play physically demanding games, and maybe develop crushes along the way. And then it’s time to say goodbye, and you leave with wonderful memories, and friendships that may last a lifetime.

READ NEXT: 17 Best South Korean Movies of All Time