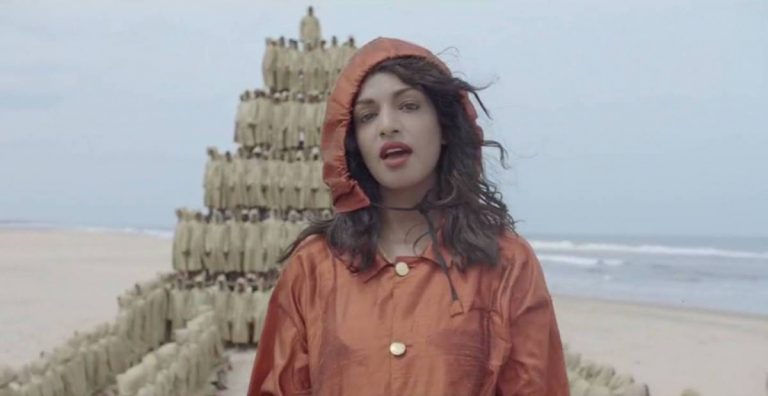 For anyone who is ever concerned that mainstream music has lost its political edge, and isn’t addressing what’s actually going on in the world, you can always be depend on M.I.A. to self-assuredly stand up and make her voice heard. Whether it be via statements, interviews, or channelled through her music, M.I.A. is reliably outspoken and consistently controversial.

Whether you agree with Maya’s views is entirely your own prerogative, but you’ve got to be appreciate that her music and opinions often open a debate, and we all love a dialogue. That is, of course, if you feel that artists and their music need to address these things. You may, after all, have no interest in your music being heavily politicised. In which case, you can also always rely on M.I.A. to release a banger, and good news both sides of that coin, she’s done exactly both with her latest track: ‘Borders’.

Politically speaking, the track dives right into the refugee crisis, and M.I.A. is on typically fiery form as she rallies against the whole ‘us and them’ narrative commonly being peddled, as well as the shallow distractions that are so prevalent these days. Maya is electing to ensure we do not become numb, forget, and move on from this like it’s just another passing meme. The video, also directed by Maya, further emphasises this point home as you are confronted with potent imagery of refugees fleeing for their lives and becoming trapped at border fences. Not mention some heavy symbolism with the large crowds coming together to form things like battleships.

Again though, if you’re just here for the music, you won’t be disappointed with ‘Borders’ as it comes in hard and is classic M.I.A., through and through.