Hunted sets a hell of a bar for horror this year, continuing to prove that Shudder is a must-have streaming service. 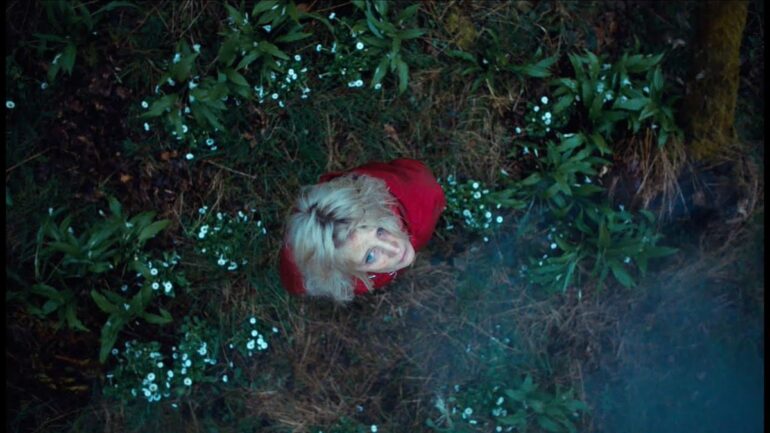 French filmmaker Vincent Paronnaud takes an overly familiar premise – a predatory and sadistic man stalks and terrorizes an unfortunate woman – and injects it with a macabre sense of humor and wit, all while never allowing the film to downplay its harsher content.

Part survival horror, part black comedy, part twisted retelling of Little Red Riding Hood, Hunted appropriately begins with Eve (Lucie Debay) hauling ass on a treadmill. The stress of her job, which requires constant travel, is starting to wear on her. Alone, away from home, and in search of some form of relief, Eve heads to a local bar. She’s immediately harassed by an aggressively drunk man, but right when she seems about ready to call the night a bust and regret her decision, a different man arrives and gets the drunk to back off. This white knight, listed only as The Handsome Guy (Arieh Worthalter), initially appears as charming as any guy could be.

But as the two hit the dance floor, the disorienting strobe lights are far more menacing than joyful. Eve’s innocent decision to let off some steam quickly turns into a worst-case nightmare scenario, and her new friend reveals himself to not be such a gentleman after all. Along with his sniveling accomplice (Ciaran O’Brien), the maniac pursues Eve in a terrifying game of cat-and-mouse, eventually leading them into a dense, foreboding, and unforgiving forest. It’s a classic tale of predator versus prey, and Paronnaud creates a heightened sense of reality for the chase and its characters.

The film isn’t a fantasy – far too much of it is steeped in our grim and violent reality for that – but it certainly contains some fantastical elements that are channeled from the story’s fairy tale roots. Many of the characters, including a friendly gas station employee / China aficionado and fill-ins for the roles of Grandma and the Huntsman, feel a bit larger than life. This is especially true for Handsome Guy and his accomplice, who often veer into Saturday morning cartoon villain archetypes. Their horrific plans for Eve, however, are anything but family-friendly, ensuring that the sinister duo never quite lose their threatening presence.

Paronnaud pulls off an intriguing balancing act here. Working with cinematographer Joachim Philippe, he effortlessly crafts intense scenes that are nail-biting and filled with dread. As Eve is toyed with through the isles of a store, the camera is just as much of a menace to her as her stalker is. When she ends up spending some unwanted time in the trunk of a car, the feeling of panicked claustrophobia is nearly tangible. The film’s violence is raw and grisly, and while that type of violence directed at women is no laughing matter, Hunted still manages to mine a good bit of dark and absurdist comedy from its story.

Gruesome wounds are haphazardly patched together with tape, various animals come to Eve’s aid throughout her battle, Handsome Guy’s unhinged personality lends itself towards gallows humor, and there even exists a scene where a corpse is reanimated by a taser. It’s an exceptionally funny movie, but one that whiplashes itself back into grim intensity before it’s allowed to lose its focus. It’s dark but not overly dour, and it’s impressive that it works at all.

Every performance in Hunted is outstanding, but it’s Worthalter who commands the screen. As the obvious Wolf of the story, he exerts a true maliciousness, reveling in the chase and the perverse thrill of the kill. As he taunts and terrorizes his prey, Worthalter is all but licking his lips in sick anticipation. He’s a real evil scumbag to say the least, showing it in ways both big, such as his desire for sexual violence and murder, and small, like when he’s shown tossing trash into a creek. It’s a performance that’s reminiscent of Joaquin Phoenix’s Arthur Fleck, but with a more controlled insanity; far more unpleasant and malevolent.

Debay brings plenty of intensity of her own. Eve starts off as a desperate and terrified victim, but soon attempts to reverse the respective roles of predator and prey. It’s predictable, but Debay (clad in – what else? – a blazing red hoodie) reaches a place that can only be described as primal. With a vigorous and feral scream that pierces through the thick and endless rows of trees, Eve proves that she may just be the one thing in the forest that you should truly be afraid of.

Hunted suffers from one notable flaw. As fun and captivating as Worthalter is in the role, far too much time is spent on his character. Once you’re an hour into the film, it’s become clear that most of it has been dedicated to him, and Eve begins to barely feel the protagonist of what should be her story. It’s a bit of a disservice to the ideas behind the film for so much focus to be on the cruel and wicked man rather than the brave and determined woman. Eve is forced to remain in a constant state of frenzied terror and anger, while Handsome Guy is allowed to go through a plethora of emotions and winds up the more dynamic of the two characters. The film’s third act attempts to correct this somewhat, but it may prove to be too little too late for some viewers.

Hunted packs plenty of tense and bloody horror for fans of the genre, but its surprising and cunning wit is what sets it apart. It has a remarkably unique style that I’d love to see more of, and a gripping ferocity that many similar films fail to correctly capture. It’s the first great horror film of the year. 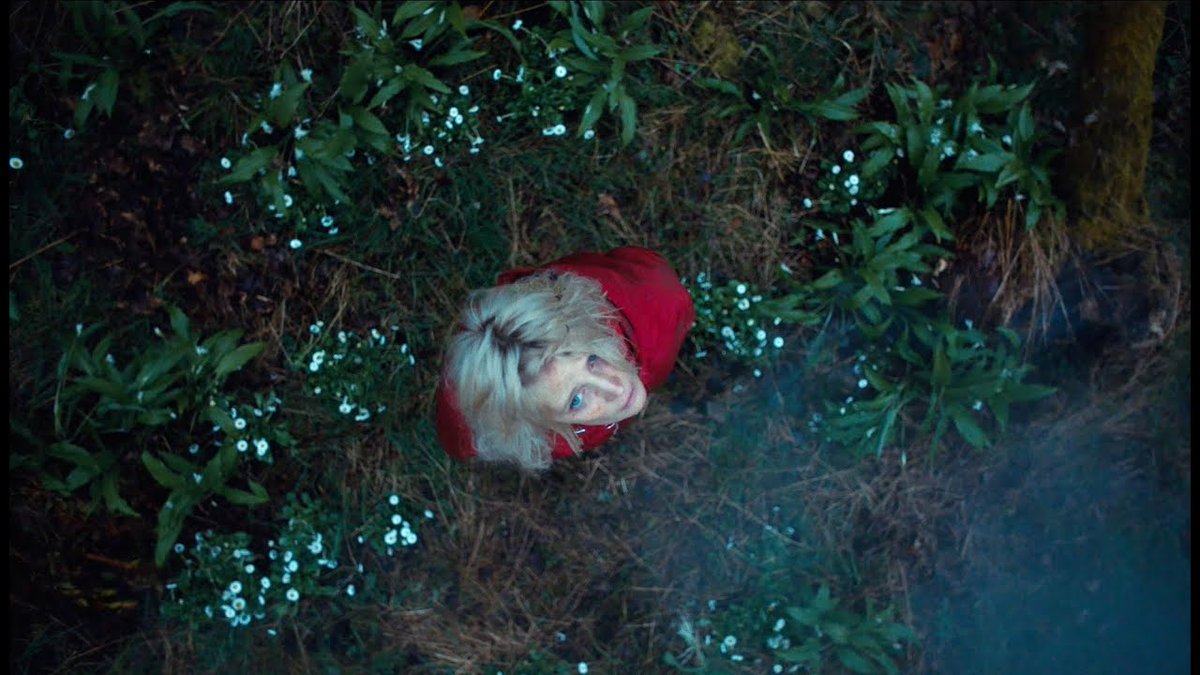 Verdict
Hunted supplies both violent intensity and a darkly humorous mindset that miraculously works.
7
Cultured Vultures is a pop culture website established in 2013 covering all things gaming, movies, and more. We eat your words.
All The News On The Biggest Games