“We’re going to talk about TBIs today. Does anyone know what a TBI is?” 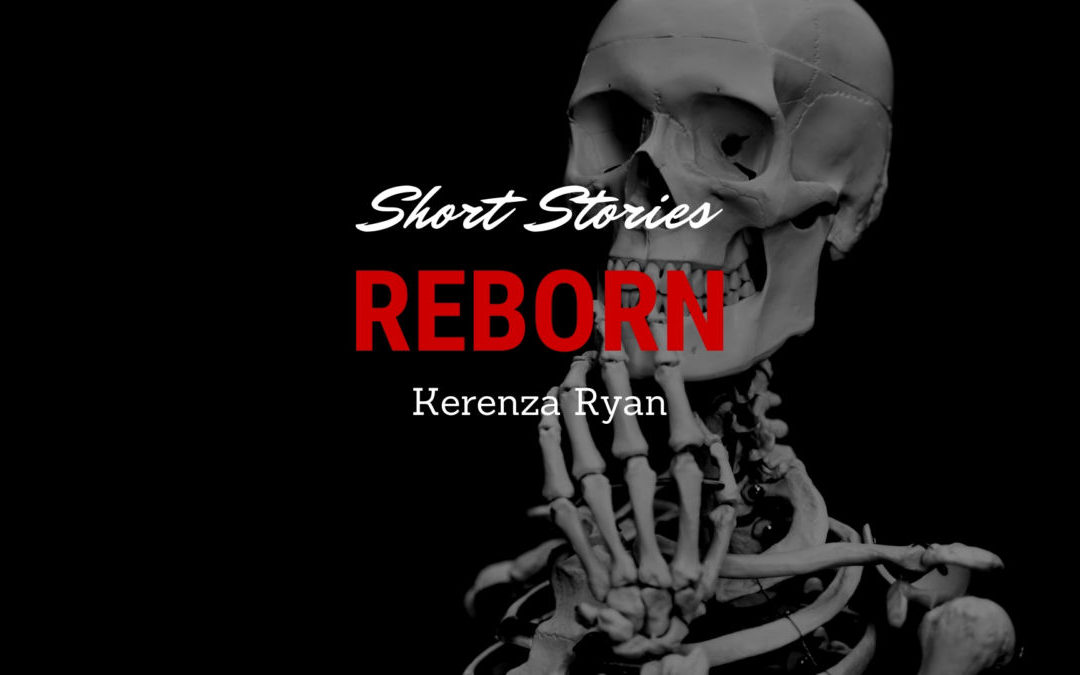 On really bad days, she tried to remind herself at least her head didn’t hurt. The doctors said it could’ve only hurt for a second, that she must have passed out quickly enough to escape most of the pain. But she thought when her skull smashed open and pushed into her brain she was allowed to be over-dramatic.

So, when ‘remade’ is written across was locker in lipstick, she reminded herself that at least her head didn’t hurt, and at least lipstick comes off a locker. At least, she hoped so – she didn’t wear lipstick, but it had to come off, right?

She rubbed at it with her sleeve and noticed the red stuck to her sleeve almost in chunks, thicker than she thought. It maybe wasn’t quite all off the locker, but it was certainly unreadable.

“How are you going to find your locker without that? With your fake brain, I mean.”

Aurora had learned long ago that snapping back that her brain wasn’t fake would get her nowhere. Instead, she slammed her locker shut, without getting her book, and stalked away.

She ducked into the first bathroom she passed, and shut the stall door carefully, not wanting to draw attention to the fact that she was already crying. She wasn’t sad. She was an angry crier. She would rather just cry when she was sad so that other people wouldn’t get confused.

And when she rubbed away the tears with her sleeve she realized that she was smearing lipstick on her face. She could use the toilet water, but… Ew, gross! Don’t make them corrupt you that much, Aurora told herself. She waited till the bell rang, then a minute longer, not wanting to risk running into anyone.

After cleaning off her face, she walked into the classroom, straight to the back.

“Plenty of people were reborn and still make it to class on time,” Mr. Brenson said.

“Reborn, sure,” Amy said. “They use stem cells to help with all sorts of injuries now, sometimes replacing organs and everything. But that’s not what happened to Aurora. I heard part of her brain is plastic. She’s not reborn. She’s remade.”

“That’s enough Amera,” Mr. Brenson said, clearly annoyed if he was using her real name. “Aurora, please take your seat, then come to me after class for your write-up.”

Aurora figured things could probably be worse than that, so she nodded and walked back to her seat. Mr. Brenson was hard on them, but he gave pretty interesting lectures on top of coaching American football. He specialized in medical science, and Aurora rather enjoyed the class, until she saw what he was doing just now.

He was taking his skeleton, which was always missing a few pieces anyway (Mr. Brenson was constantly forgetting to put them back then blaming it on students) and pulled off the skull. Maybe he needed to get to the neck underneath. She hoped so. She slid down in her chair a bit as he brought out the small hammer he used to dent or crack bones. She heard Amy laughing, and wished she had a hammer hitting her skull right then. As long as they couldn’t bring her back again.

“We’re going to talk about TBIs today. Does anyone know what a TBI is?” Mr. Brenson asked. Aurora knew exactly what a TBI was, but there was no way she was going to answer that.

“Aurora is a reborn individual. Her skull and brain have been healed. TBIs are Traumatic Brain Injuries. Aurora is not an injury, she’s a person.”

“Person is generous,” Amy said, and Aurora wanted to call out to Mr. Brenson that he was nice and all, but to stop trying. He was only egging everyone else on.

Technically, it was true. Not plastic, that was silly, but she had had such a bad injury that needed to be dealt with so quickly that they couldn’t wait for stem cells for part of it. She had had implants from other brains and part of her skull was metal. At least her head didn’t hurt.

“Aurora, I was wondering if you could come up here,” Mr. Brenson said. Aurora just stared at him. “It’s okay, come up here,” he said when he saw her pause. She clenched her teeth together, but slowly walked up.

“Aurora has something special. You see, she’s an expert in these matters. I may be a teacher, but Aurora has lived experience. And I want her to tell you what living with a reborn brain is like,” he said.

Aurora had never been told before that she was an expert on these matters. In fact, she had always been told exactly the opposite: the doctors were experts, and she had to listen to them. The most she could do was explain her symptoms, and even then those were often discounted.

“There are two ways we can do this,” he said softly in her ear. “You can just talk, or you can have them ask questions.

“Oh, uh, they can ask questions,” she said uncomfortably.

“Okay, does anyone have any questions for Aurora?”

Amy snorted, but slowly, a hand raised. It was from a quiet boy in the back. He was so quiet Aurora didn’t even know his name, and Aurora was pretty sure they had one other class together.

“What’s the worst part about having a TBI?” he asked.

“Well, I get headaches,” she said. “Not all the time, but when I’m out in the cold. And it was a lot of work to get all parts of my brain to work together again. I had to relearn a lot of things.” Her voice was slow, soft, and slightly shaky.

“I can miss as much school as I want if I claim to have a headache,” she said, then glanced at Mr. Brenson, who was smiling.

“I’ll be sure to remember that Aurora,” he said. “I have a question for you.”

“What are you doing with your new chance at life? What are you doing right now to be grateful for the continuation of your life?” he asked. Aurora realized she liked questions from the students better. She clenched together her hand that was in her pocket, and felt a slight buzz in her head, anxiety bees vibrating in her mind.

“As if you’re even doing that,” Amy said, but for some reason, it didn’t bother Aurora so badly this time.