"I’m almost embarrassed at how much me and Elena stick out. We’re young and vibrant. We’re also doomed." 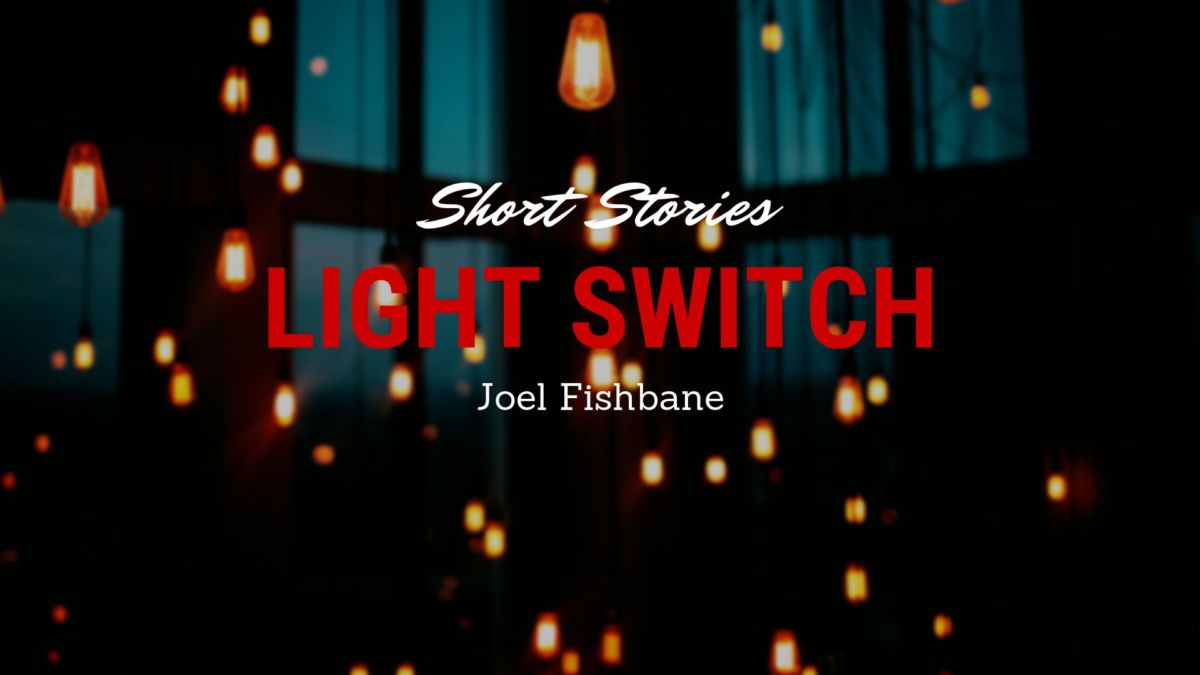 You wouldn’t believe the width of her smile. See it at her brother’s creepy wedding. Dyed hair. Green dress, black sleeves. Pendant. Her head tilting to the side as we stand outside the church smoking. And that smile. Expansive, like it’s about to break past her face and live a life of its own.

Neither of us want to be there. The groom met the bride when she was sixteen and he, well into his twenties, dated her in secret until she came of age. To protect their secret, they dated two more years before announcing their marriage. I know the story and so does Elena, but the parents think the couple have been together for half the time they’ve actually been together, a farce which I hope will lend comedy to the proceedings but which, as it turns out, makes absolutely no difference at all.

Elena looks nothing like her brother, who’s tall and apish. The bride is pretty but I have the idea she’s dumb. Nice. Just genetically unintelligent. I feel sorry for her. The couple are both without personality. They’re like the parts of a room you don’t think about. Quick! Describe your light switch. That’s the bride and groom. That’s this whole wedding. It’s a light switch affair.

The church has faded yellow walls except in the sanctuary where the stained glass windows are covered with a thin film of dirt. The pews creak. The bridesmaids are dull, the groomsmen unstylish. A parade of plain dresses, boring suits, fat stomachs, bad haircuts, heavy breasts. I’m almost embarrassed at how much me and Elena stick out. We’re young and vibrant. We’re also doomed. In a few weeks she’ll move in but in two and a half years she’ll move out.

Neither a bridesmaid nor a maid of honour, Elena is called upon to read that same passage everyone has read since the dawn of weddings. If I speak with the tongues of men or of angels, but do not have love… Her voice is good. She once was an actor, like me, which is how we met. I loved her on and off the stage even as she suffered from such belly-aching stage fright that she ended up in the hospital from malnutrition. Now, when she sits back down, she’s trembling like she just stepped out of winter and I have to hold her hand to keep it from shaking. It’s the last public performance she’ll ever give. In six months, my movie career takes off while she’ll go to grad school and learn the confidence she needs to admit she can do better than an actor who never does the dishes, gives lousy gifts, hogs the covers, comes quickly, arrives late, annoys her friends, sleeps with her friends, works too much, drinks too much, spends too much but never on her. In the church I’m calming her nerves. But she won’t be thinking about that when she walks away.

It’s during that awkward interim between the wedding and the reception that she steps outside to smoke. Don’t take my picture, she says and she turns her head to the side. I snap not one photo, but two. These two pictures are why, in the absence of other photos, I’ll always picture her in that green dress. As if it’s the only thing she ever wore.

Other pictures are taken that day and the clever photographer puts me at the edge, probably guessing that one day the family will want to crop me away. Unaware that my future involves being Photoshopped into extinction, I go out of my way to charm everyone I meet. Touched that I’ve been welcomed into the photographs – and so into the family– I promise myself that I’m done with the other girls. I even promise that I’ll keep this promise. Of course, if you need to promise that you’ll keep a promise, you clearly don’t have the strength to keep a promise. You’ll never keep the first promise and you’re bound to break the second. But I don’t know this then. This time, I think, it will be different. This time, I’ll reinvent the wheel.

I dance with Elena and then with her mother, who is fat and pretty. If this is what Elena turns into, well that won’t be the end of the world. I want to see Elena in twenty years, I want to see her get blousy and expansive, the way all women do.

I’m going to quit acting, I tell Elena. Start working for my father. I’ll have a steady income. We’ll get a house and a dog.

The world won’t miss me,. I say. All right, maybe someday, some journalist might wonder where I went. And maybe he or she will go looking for me and he or she will find me in our house and I’ll invite him or her into our fully equipped kitchen where the dog will greet us with pleasant barks and I’ll tell you we have company and you’ll prepare coffee and we’ll feed this intrepid reporter who will say, “You had a little bit of fame and then you disappeared, what happened?” and I’ll glance around at my home and wife and dog and I’ll say This. This is what happened. I had a life.

Sounds wonderful, says Elena and she kisses my chin. She loves me in that moment. I feel climb-a-mountain-good. I’m taller and hyper-masculine. If terrorists were to break into the wedding, I’m pretty sure I could tear them apart.

The bride is Russian and her father has put Smirnoff on every table and right away he’s at the microphone making a toast. He’ll make a lot of these and each time Elena will take a shot. She’ll become sloppy-silly and together, united in loathing for this entire event, we’ll laugh at the bad food and bad speeches, especially the one where the bride stands up and lies about how she and the groom met.

Not at all, says Elena and she’ll kiss me again.

A confident prophecy. But completely wrong. This couple will outlast us all. They’ll still be together when Elena leaves. They’ll still be together when I break up with the girl I dated after Elena. They’ll be celebrating their fifth anniversary when I get divorced and they’ll be celebrating their tenth anniversary when I move in with my agent, who kisses me like she’s punishing herself for some unspoken crime. They’re together now. Twenty years. That couple, those light switches who met under such grotesque circumstances, have become the marriage other people envy.

As for me and Elena, well, we don’t really talk. But I think about that life sometimes, the one I promised her we would have, and I wonder if she went out and got it with someone else and if she ever mentions me and I picture her at a coffee shop, wisps of grey hair, talking to some husband or best friend or tabloid hack and falling into a story I wouldn’t want to hear starring a man I don’t want to know and who, if I were to judge him solely on her description, I would probably never want to be.