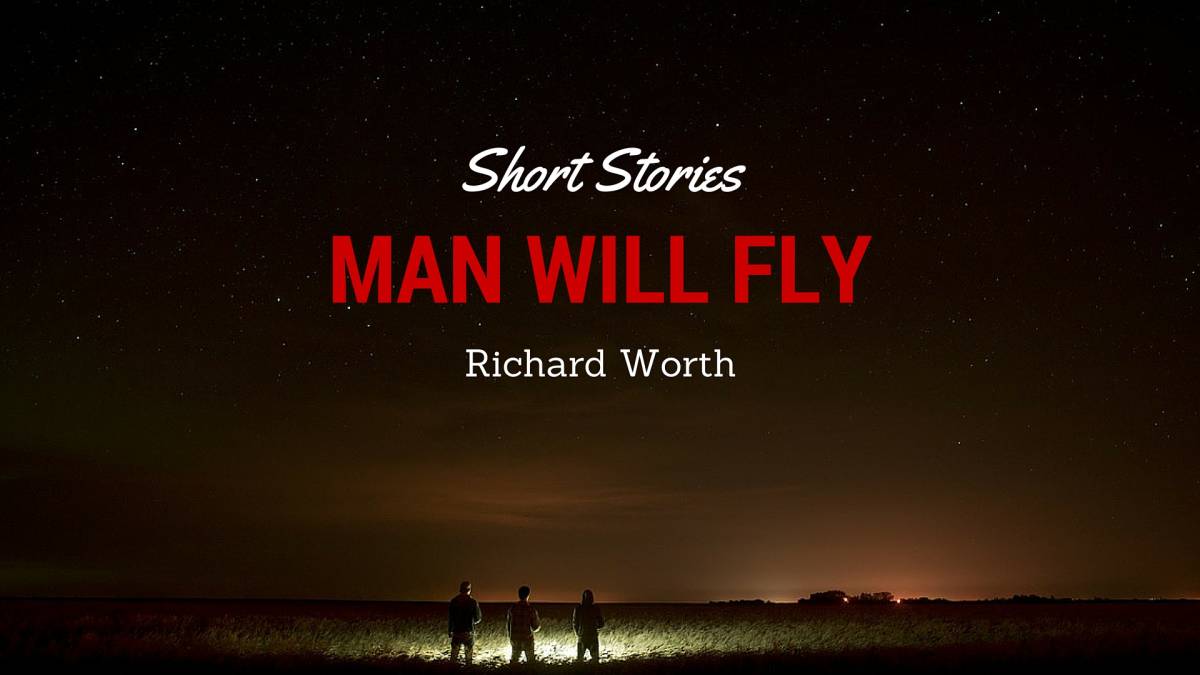 I first saw him when I was 13. Pa didn’t like me playing with the two boys from the Jewish family who ran the convenience store. Still, I’d heard stories from the other kids about the Spaceman they’d found. I didn’t pay it no heed to all that until I saw Him with my own eyes. I’d been flying for a year and already on my way to following in “high-flying”Pa’s footsteps. Pa had been ill so I took over dusting the Doherty’s fields. As I was banking to return home I caught a glimpse of Him in the distance. He was springing through the air, across whole fields. I scrambled to get myself turned around. I had to find out what it was that could throw itself through the air like that. That old that fixed wing had no chance of keeping up with him. I didn’t believe what I had seen. Who would?

Next time I saw Him I was in something with a bit more speed. I’d managed to get myself signed up. Those two Jewish boys had run off to Europe to fight a war and I followed them. It was before America joined the war but somehow I managed to get myself a place in the RAF. I was just seventeen. But either my flying was good enough, or they were becoming desperate enough, that that got overlooked. He showed up again, said this fighting had gone on too long, it was time to make Himself known. My corps had taken the job of flying with Him into battle. He looked at me before we set off, there was a look of recognition but I didn’t think he remembered me. He had a warm smile and cool eyes and he thanked us for looking after him. Imagine that. Mortar shell bounced off this guy’s chest like they came from a peashooter and we were looking after him.

When we set out he flew ahead of us. Some of the older guys in the corps thought he dressed something stupid. They’d joke about all those bright, primary colours making Him look like something from a damn circus. I was still a kid, I thought it was amazing. Still, do. He stood out as a streak of vibrancy in that grey and brown sky.

He didn’t even have to fight. Just his presence changed everything.With one word he stopped the shooting. Us, them, the world watched him. Not in fear, but in awe. Strikes me now that this was what made him an alien. He could have got in there and torn tanks apart with his hands but he didn’t he didn’t want to fight. He didn’t want us to fight and that was it. We didn’t fight anymore.

I didn’t see him for a few years after that. Not in person anyhow. He went public and became the most famous face on the planet. I became a secret and started flying experimental jets. That was until the day I almost died. I feel foolish now.

One of the technicians was explaining how to fly this craft, and I couldn’t get past his dorky glasses. Who was this awkward lump of a man to lecture me? Like a hotshot, I was up there flying around like a jackass. I was unofficially the first man to travel faster than sound, first human at least. I was certainly the first man to exploded a million dollar jet. The engines had lit up; no doubt she was going to bite in. I pulled the ejector chord and nothing. There’s me. I’m flying through the air, fast as anyone has ever gone, wreathed in flames, and I whisper “mayday”. I wanted to shout, trust me, but that amount of G-force on your chest, you’re lucky you can inhale but somehow, he heard that whisper. The canopy was torn away like it was paper and he plucks me out of my seat like a doll. We watched as what remained of the ship spin off into the distance and boom!

Just about managed to thank him for looking out for me before I passed out. I’m sure I caught him smirking before I blacked out.

When I was ready to debrief, I was wheeled into a room full of Generals, scientists and politicians. Even so, it’s that same guy in the glasses asking what went wrong. I tell him the logistics of it all. how the engine ruptured, how the ejector chord fails, the whole thing. The only thing I really should be saying is that I didn’t listen to him. Guy’s real swell about the whole thing, though. Asks a bunch of questions about the Alien. He tells me how excited it must have been for me and don’t worry, we’ll get it next time. I never ignored a technician after that day.

Next time has been and gone as many times as I have greys on my temple. It’s been a few more years, but we’re moving in leaps and bounds now, just like when I first saw Him. I’m seeing the Alien again now. He’d been a part of the program. He flew ahead to help us arrange the landing and survival facility. Said he knew we could do it on our own and that we’d already achieved so much. He wanted to help us with this, not because he had to, not anymore, but because he was proud and he wanted to.

I’ve climbed out of the capsule and bounced over to him. He offers his hand. Through my suit I can feel the strength in it; it’s like shaking hands with steel. It’s anchoring me to the world. He smiles. I certain He remembers me this time. That red and blue doesn’t stand out so much against the dusty orange that surrounds us. Heck, in all this white I dare say I’m standing out a little. I can see that blue twinkle in his eye. Reminds me of home from up here.