Shakedown: Hawaii offers a wonderful cavalcade of carnage down in paradise, where making money is king. 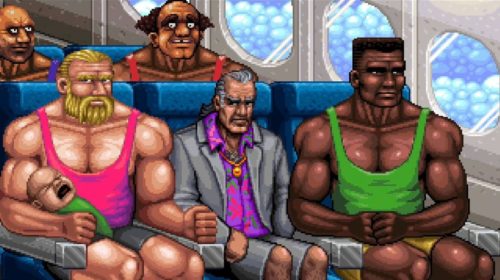 Often, I find myself needing a new rampage simulator, but I didn’t know this recent outing would come from the studio that brought us Retro City Rampage and be so on the nose. Shakedown: Hawaii grabbed me with its trailer even before I realized who it was from. The 16-bit aesthetics felt like home, warm with bright colors and silliness, but forged by the violence and pain of the changing economy at its core.

I’m a huge fan of the GTA series, as I started with the second iteration back on the PS1. This game plays a lot like that, but what if even more was crammed in and they took the idea of building an empire to the next level? The story isn’t going to do much for people but the setup works. 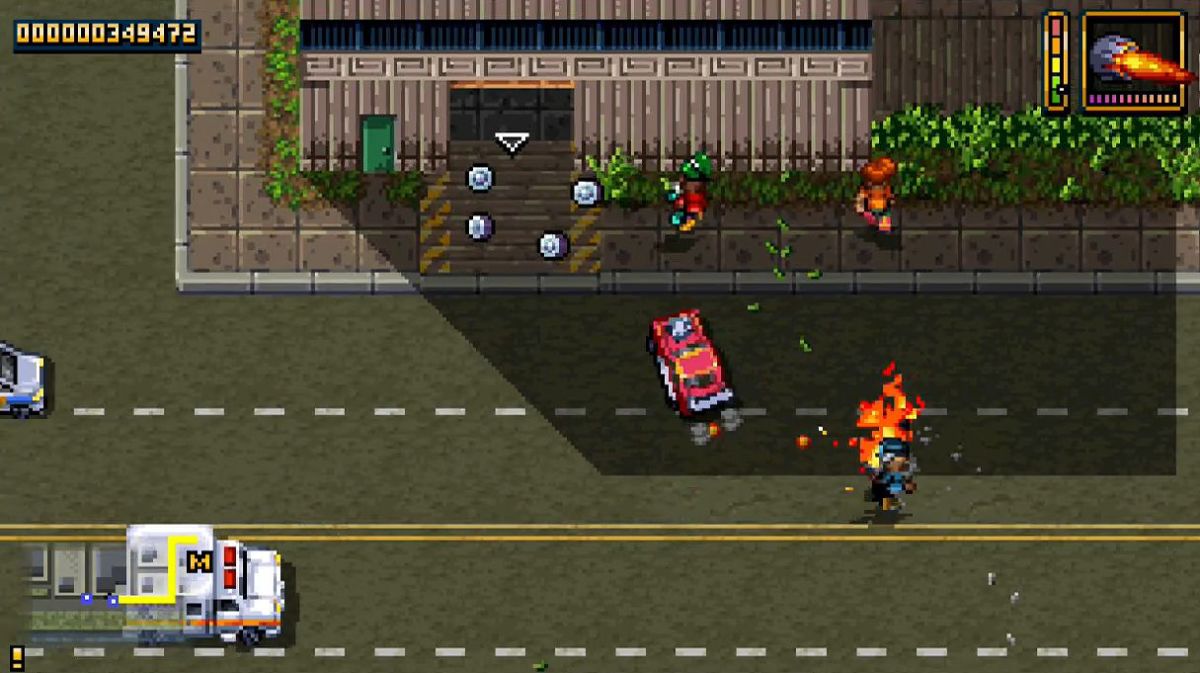 It starts with an aging CEO who has been riding high on his past successes. His failing company — appropriately called Feeble Multinational — hasn’t been doing well, the book deal money has dried up, and he’s not up with the new ways of making a profit. This all sets off a string of events that will see the player buying businesses and switching up their tactics to meet the current state of online business, as well as taking the road less traveled in corporate America and doing more blatant crimes by actually getting out from behind the desk. I thought this game might start off being more about how to be a legal crook until I was shooting at “totally not Amazon trucks” and got to drive my rival’s car into the ocean. That was fun.

Like in GTA V, there are multiple characters to play. The boss’ son, Scooter (DJ Jockitch), is introduced as he gets involved with some bad people and makes life altering mistakes. There is also a contract employee known as “The Consultant” who takes care of the dirty work outside of Hawaii. This trinity is going to ensure that Feeble returns to its former glory and everyone gets paid, no matter who gets hurt in the process. My only problem was that I always wanted to go back to the main protagonist, rarely interested in what the other two chumps were doing. 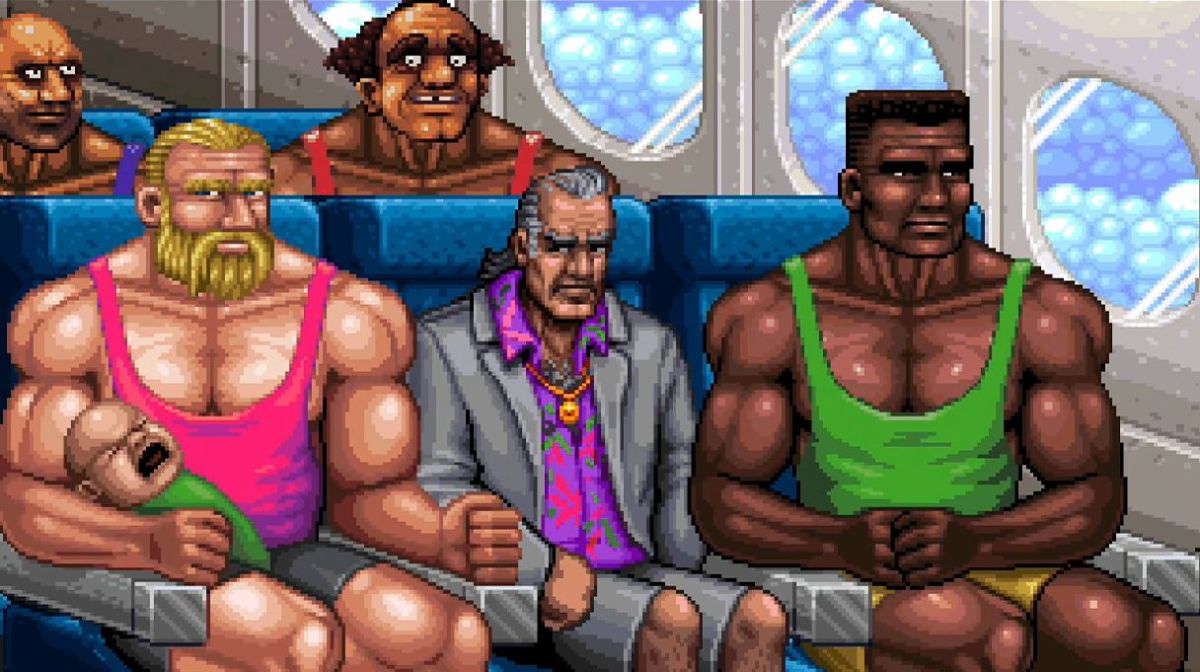 The main action takes place on the map with wanton destruction and carnage, but that’s only half the fun. Businesses are purchased and decisions are made to help boost the empire’s income. Some depth is added with optional side activities, challenges, and bonuses for holdings such as modifiers. There are character upgrades as well and surprise mini-games such as platforming sections, rhythm mechanics, and an odd Tetris-like sequence. These are all silly but work to break up any fatigue from the core gameplay. This ability to be destructive anywhere and watch bank account numbers surge is joyous and provide a good time-waster for some.

The retro aesthetic and vibrant color is a huge attraction with the top-down view. These 16-bit animations are near perfection and look fantastic in motion. The ‘cutscenes’ are barely animated, which fits the style, but they are amazingly engaging with large characters. There is an odd sense of movement meant to mimic old school idle animations, but many of the associates you speak to simply look like they are shrugging their shoulders vigorously. It makes a couple of them look extra creepy. 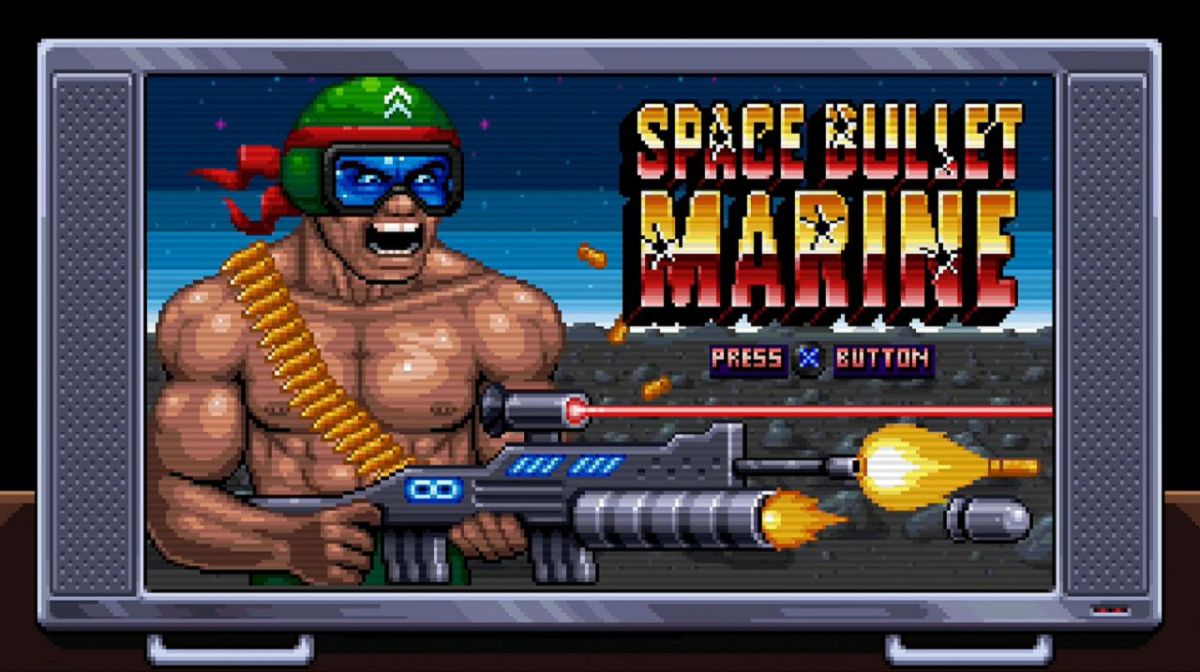 The synthwave soundtrack is great and fits superbly. Sound effects help elevate the combat and punch up the action scenes. My only complaint about the audio portion is that players can spend a lot of time in vehicles (even if in shorter bursts) and it feels like there should have been some sort of radio to accompany the travel. I don’t just mean some licensed songs, that would be great, but fake advertisements and radio talk shows would have been wonderful.

The driving is smooth and feels responsive. Weaving through the city streets can be fun and the perspective reminds me of playing with my Micro Machines. The controls are good overall as the characters are easy to control and combat is relatively simple, very reminiscent of some Smash TV fun. The biggest complaint is the lock-on function, which is not dependable. Sometimes it seemed like it was hard to keep a weapon equipped as well after a story scene, but switching back is easy. The only other complaint I have is that the map can be a bit hard to read at times, especially when the game isn’t exact with details about the different businesses and the mini-map is worse when trying to interpret it on the go. 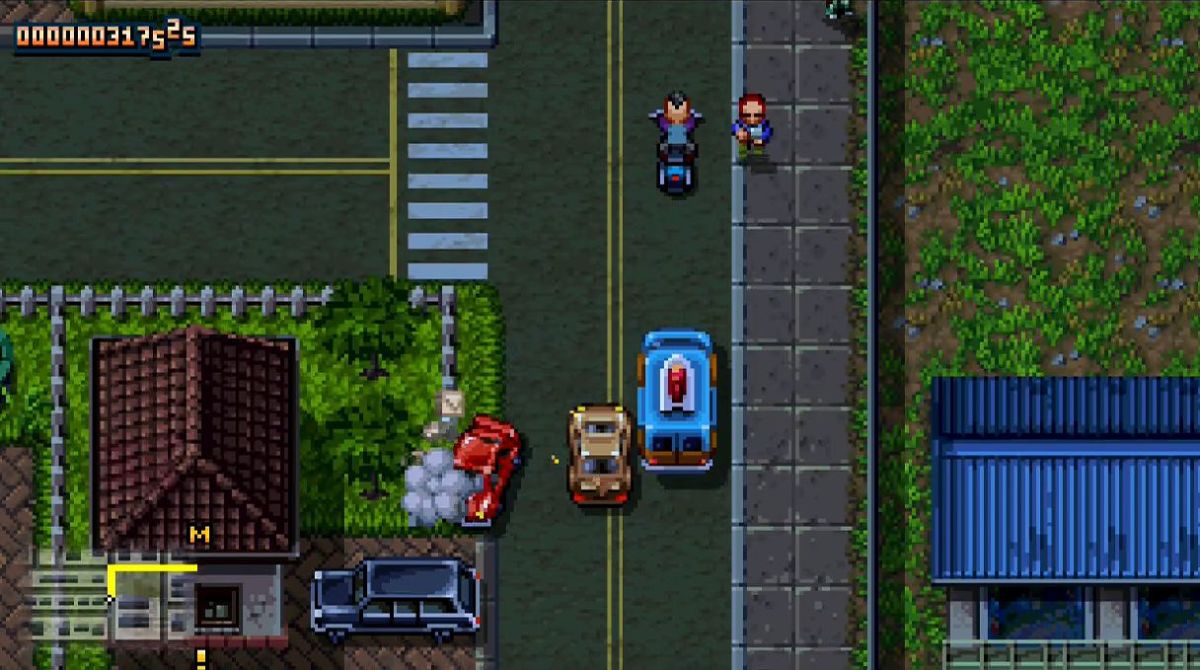 Shakedown: Hawaii kept me laughing, especially in the beginning. The individuals we meet are alive, slightly quirky with just a hint of that Saints Row style. The game comments on a lot of social aspects, as the CEO has to learn about up to date concepts, with everything from video games and fitness supplements to targeted ads or how bad Storage Wars is. These aren’t necessarily fresh ideas, but they are humorous and relatable. My favorite winking at the camera joke might be when they instruct the player to go change their hairstyle but then have an NPC point out that the change only affects the sprite model and not the cutscenes.

Shakedown: Hawaii provides an excellent setting and a fun map to wreak havoc upon. The story mode is good, but the narrative isn’t good enough to play through again immediately, so thankfully there are other things to do. The second half of the game may lose some people since the first throws so much at the player, leaving the rest feeling tired and a bit slower. I especially love that there is a free mode that gives the player a ton of cash and weapons to play around with. This is my type of game and with GTA V being almost a little too complicated at times, this is a wonderful distraction, like an exciting ‘demake’ of the aforementioned. The cost seems right for how much there is to enjoy here, but mileage may vary for some. I, for one, will be vacationing in paradise again real soon.

Verdict
Shakedown: Hawaii offers a wonderful cavalcade of carnage down in paradise, where making money is king. The place is inviting, but may lose its appeal for some after the jokes and violence get old.
8