Seb Doubinsky returns to his City-State Cycle in this novel of drugs, magick, and political intrigue. 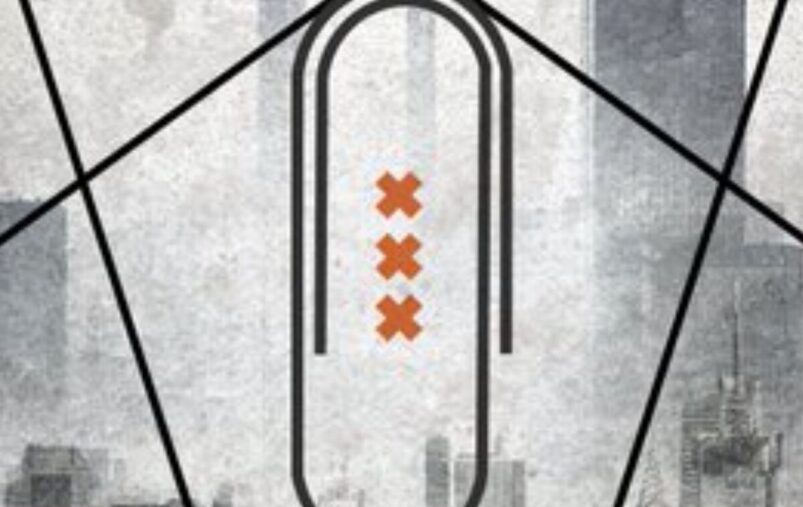 Operation Paperclip was a secret program by the United States to bring several scientists and engineers from Germany to the United States after World War II, to work for the US government. Many of them had ties to the Nazi Party, including former leadership roles. This was justified by President Truman as necessary to gain a technological and military advantage over the Soviet Union.

While US intelligence agencies attempted to keep the recruitment program a secret, the press eventually found out and reported on it. Despite the outrage, the program continued. Even members of the program found to have been engaged in human experimentation in Nazi Germany were able to escape prosecution with the aid of the US government. This gross miscarriage of justice is a central concern in Seb Doubinsky’s latest entry in his City-States Cycle of novels.

The plot of Paperclip kicks off when Susan, a politically minded filmmaker, has a drunken one-night stand with Kurt Wagner, a weapons mogul. His grandfather was a scientist who escaped from Germany via Operation Paperclip. As Susan travels to Africa for her newest documentary, it unfolds that two of Wagner’s employees want him dead. Jet, a practitioner of magick, and Omar, a secret agent, both hatch their own plots to get at Wagner. Even Wagner’s own excessive use of Synth, a powerful drug, seems to be competing for ending his life. Wagner, however, is too concerned with his delusion of grandeur and his planned space project to notice the walls closing in on him.

Paperclip is a mix of science fiction, political satire, and magic realism. It mostly takes place in New Babylon, a kind of alternative New York City. The City-States Cycle has often been labeled as dystopian. I both agree with that, and don’t. While there are some profound differences between the culture and the political structure of the real US and the city-states of Doubinsky’s novels, the problems they share are very similar with gaps between the rich and the poor and reformism doing little to alleviate it being among the worst. Of course, in the world of the City-States Cycle, magick is (probably) also real.

Rather than play an urban fantasy route of skilled casters of magick wielding spells, Jet and his girlfriend, a tarot reader, use rinky dink-thrown together rituals which gain results that could plausibly be explained by luck. This results in some funny scenes, such as Jet wearing a homemade version of red robes in a manner reminiscent of a child’s superhero costume. In another, a car swerves, barely missing hitting them. They interpret this as meaning a protective spell cast on themselves worked.

Throughout the book, a bird by the name of Waldo flies around the city and takes note of the various events. Once a human that has transformed himself, or at least that’s what he believes, he enjoys his freedom from the concerns of people while commenting on the events. He acts as a symbol of hope and personal liberation, as many of the characters are working towards.

The novel is only 150 pages long, but packs a lot into those pages. Doubinsky has a real talent for filling short, sharp scenes with meaning, character insight, and subtle world-building. Like his other works, I was hooked from the beginning and finished it in a day. The novel excellently balances looks into the characters’ lives with the overarching plot of the various plans to assassinate Kurt Wagner.

Paperclip is an entertaining read, in addition to being an insightful look into modern political problems. This is well-worth picking up. Reading the other City-States novels before this one isn’t necessary, as each one stands on their own, but I know I’ll be checking them out myself.