Home
Gaming
Rogue Company Is A Bit Of A Mess, But I Love It
Gaming
·5 min read

Rogue Company Is A Bit Of A Mess, But I Love It

Hi-Rez's new shooter is still in beta, and it shows, but there's gold in them hills. 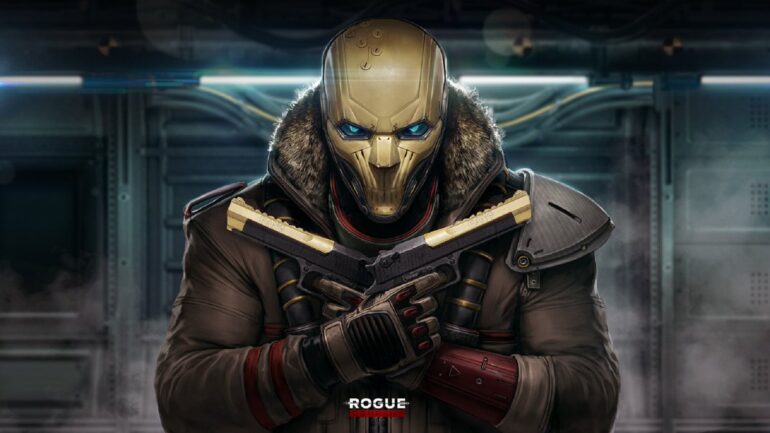 Between the likes of Rainbow Six Siege, CS:GO, Valorant, Insurgency: Sandstorm and more, the world of tactical shooters seems to be more crowded than ever, and that could’ve spelled huge problems for Rogue Company, which recently launched into closed beta on all platforms. After sinking multiple hours into the game, I’m having a blast, but there’s plenty of rough edges that need to be forgiven.

A tactical third-person shooter with mild hero shooter elements, players pick from one of 13 playable characters, or Rogues, each with their own unique weapons, gadgets, perks and tactical abilities. While these abilities might put Rogue Company in the same lines as the likes of Valorant and Siege, the abilities seem designed to supplement player skill rather than outright replace it. Players won’t be able to pick a certain Rogue and start winning easily, you’ll need to practice the core mechanics first.

The gunplay feels fast-paced and engaging, and the weapons do feel satisfying to use, whether that’s from hitting headshots with a sniper rifle or getting up close and personal with a short range weapon. Still, it’s worth noting that you might need to spend some time finding your preferences, as inconsistent as they might be. For instance, I’m a huge fan of Chaac’s shotgun, but Scorch’s shotgun didn’t hit the spot for me. 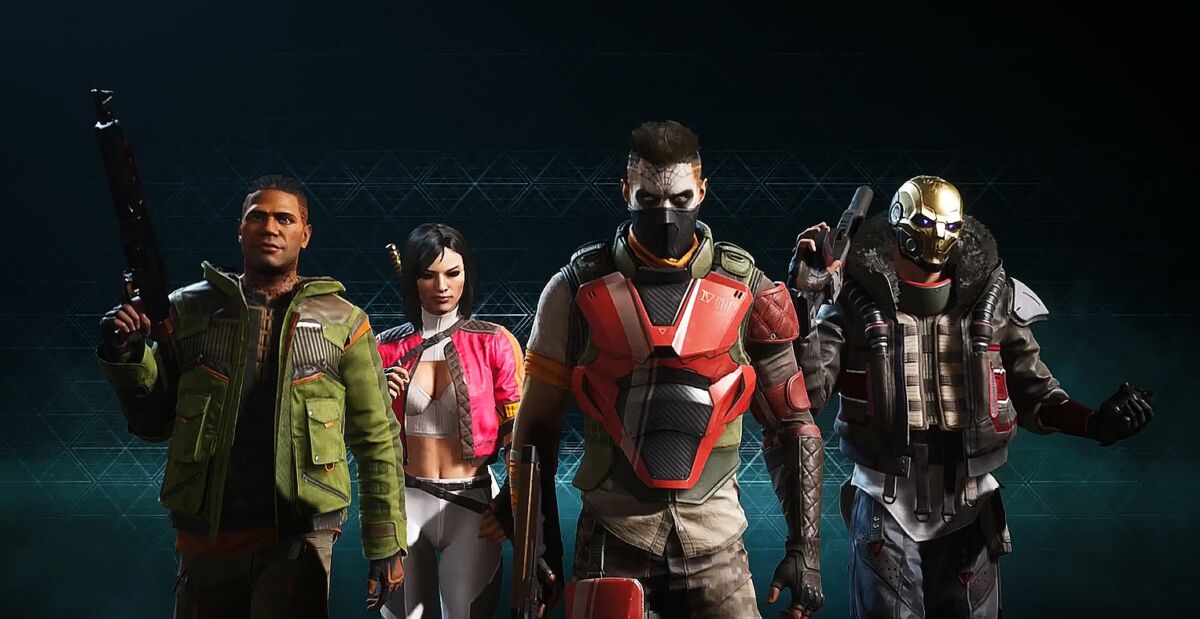 Players can currently pick from one of two 4v4 modes at the moment, which are Demolition and Strikeout. Demolition is possibly the most recognisable mode, as it’s a best of 13 affair with one team trying to plant a bomb at one of two objectives while the other team defends. Oh, and you only have one life each round. It’s hardly a revolution for multiplayer shooters, let’s be fair, but why knock the classics? If it works for the likes of CS, Valorant and even Call of Duty’s Search and Destroy mode, Rogue Company may as well use it too.

While Demolition is seen as the go-to competitive mode for Rogue Company, and to be honest, it is, Strikeout is billed as the more casual offering. In this best of 5 mode, players compete to gain control over an objective, with each team having a pool of 12 respawn tickets. The team that controls the objective drains the ticket pool of the other, while dying also costs a ticket. Being able to respawn naturally makes this mode a bit more hectic than the standard fare, which makes it a great way to become accustomed to a Rogue’s weapons and the overall feel of Rogue Company’s gunplay.

In between rounds, players can purchase and upgrade new weapons, gadgets and perks that’ll improve your loadout in various ways. In-game, you’ll earn cash by winning rounds, downing and killing enemies or playing the objective. While it sounds like a situation where the good players get the best loadouts, allowing them to dominate the game further, players are given a set amount of money each round regardless, so nobody gets left behind. 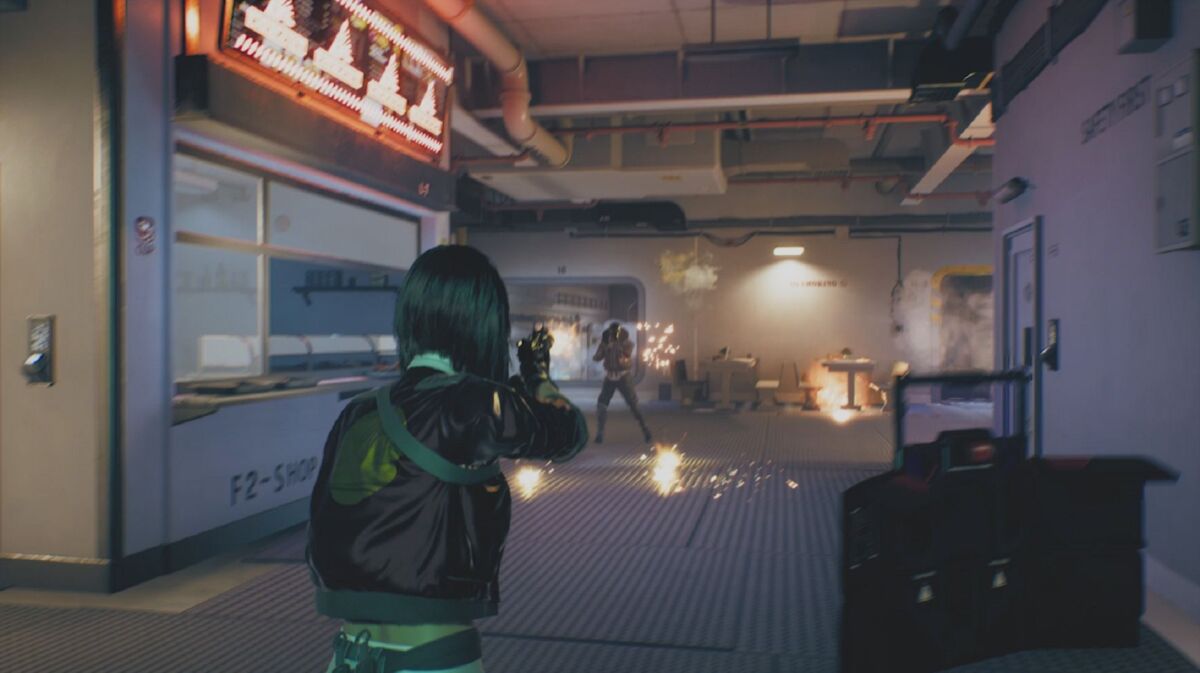 Each Rogue has two primary weapons they can utilise, which allows players to cater a Rogue’s loadout to their own specifications. Usually, the key differences between the two weapons are range and rate of fire, and there are no stark opposites either. From close to long range, the primary weapon types include shotguns, SMGs, assault rifles, DMRs and sniper rifles, and a Rogue’s loadout will feature two weapon types that are next to each other, so to speak, like the SMG and assault rifle. You won’t be picking from a shotgun or sniper rifle, for instance.

Building your loadout for a character can be greatly affected by the game mode you’re playing and whether you’re on attack or defense. For instance, the medic Saint can utilise either tear gas grenades or trip mines as part of his kit, meaning he’s a versatile pick for any team so long as you upgrade him appropriately. Perks can also change your loadout significantly, offering abilities like reviving people faster, granting 25 armour or marking enemies you’ve damaged for the entire team to spot. There’s many different combinations of loadouts per character, so you’ll be playing for a while in order to find the one that suits you.

As for each Rogue’s core ability, there’s a wide variety of abilities on offer that can change the dynamic of a fight or a team’s push onto an objective. Some offer intel regarding enemy locations, allowing others to get the drop on opponents, like Dallas’ tracking ability or Talon’s recon knife, while others are about AoE denial, halting enemy movements or murdering everyone that’s stood on the objective.

In fairness, the abilities aren’t quite as game-changing in their usage as they would be in hero shooters like Overwatch, where all you have to do sometimes is find the right position, hit the ultimate button and watch everyone fall over. The abilities here aren’t a crutch that can carry you to victory. Used correctly, and they’ll dictate the pace and flow of a game, but it’s up to you to learn and use those abilities effectively in order to win.

Rogue Company’s mesh of ideas and features aren’t the most unique in the world. About the only thing that Rogue Company has over other tactical shooters in the genre is that you skydive towards the map at the start of each round, and that the soundtrack includes two Run The Jewels songs (Legend Has It and Thursday in the Danger Room, if you’re wondering). Still, the game comes together in a way that’s truly engaging, making it one of the best shooters on the market today.

Unfortunately, it’s still a game that’s technically in closed beta, so as such, it has plenty of issues. Aside from the usual menu glitches and occasional controller settings bugs (sometimes it wouldn’t save my binds, or would just wipe them completely so that nothing would be bound), there’s some larger problems that can occur with the game’s matchmaking.

Right now, players seem to disconnect or leave midway through a match with an alarming regularity. It takes an enormous amount of good fortune to be able to finish a match with the same eight players who started it, and with no backfill, any team that’s down a player is at a severe disadvantage for the rest of the match. Disconnected players can rejoin, though that’s a bit of a rarity at times.

While this might be a bit of an outlier that could have been patched since, my time with the game also saw me on the wrong end of a 5v3 match in a game that’s supposed to be 4v4. Quite how that worked out is a mystery, and as you would expect, that game ended in a crushing loss. It’s an experience that could be quite disheartening to some players, but Rogue Company’s core gameplay experience is worth the mess, especially considering the game is still technically in closed beta.

Rogue Company is also in need of some additional content, which the developers have confirmed in previous interviews and press releases is coming. There will be a new mode, Extraction, that’ll see teams competing to control changing objectives, while there are more, unannounced Rogues waiting in the wings. As the game leaves closed beta and becomes free-to-play, there will also be plenty of cosmetics and battle passes to keep players coming, if you’re down with that sort of thing.

As it stands right now, Rogue Company’s beta is a little bit of a mess, but the core is absolutely rock solid. Once the bugs have been ironed out and the game becomes a much smoother experience, Rogue Company could be a real winner for Hi-Rez Studios, especially once it becomes free-to-play.

READ NEXT: Best Free PS4 Games From The PlayStation Store