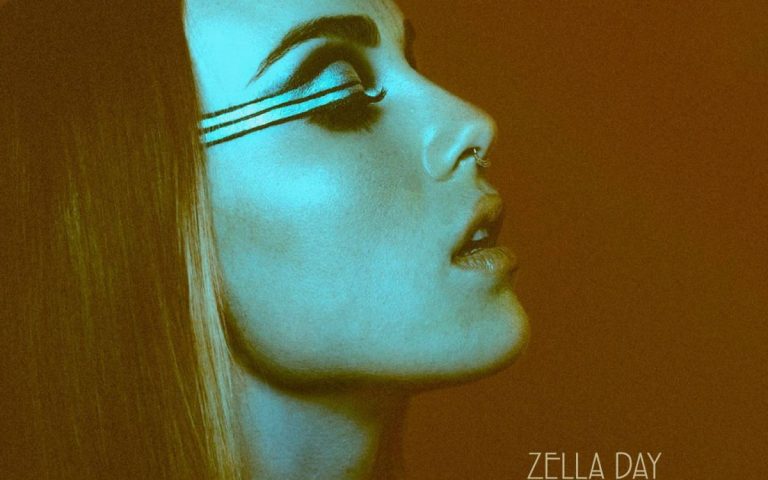 Zella Day is like the cutesy girl next door who happened to have one intoxicating sip of alcohol and spiralled perfectly out of control into this lyrical genius. In her album Kicker, released on the 2nd of June, there’s a consistency of juxtaposition as she makes her individual mark in the world of indie pop; the words she so perfectly sings are as abrasive as the end product is a smooth, vinyl worthy song.

She released her first studio album back in 2008 at the mere age of 13, Powered by Love, contrasting the name of her newly released album, Kicker, suggesting that in those 7 vacant years something must have changed, both musically and in a personal sense. That “something” disentangles in this album.

The song that stood out the most to me was ‘Jerome’; the repetition of the name signifying the importance of this cryptic character. Initially I did think it had that overpowering cliché – a tragic love story – however it took a dark turn with “the silver kissed him with scars so heavy”. The “silver kissed” line is captivating, but ends up being intertwined with a very sinister feeling. In this way Day edges away from the sweet image we conjure up about her, enhancing instead that dark yet likeable streak about her.

The album creates a sense of nostalgia throughout, but rather than us reminiscing about childhood with innocence, sunshine and happiness, it took me back to Lana Del Rey’s contribution to The Great Gatsby soundtrack, ‘Young and Beautiful’. This is specifically heard in Day’s song ‘1965’. Rather than sticking in the present, we’re taken back to the past, as the title promises. Del Rey and Day are lyrically and vocally similar with a variation of vocal ranges used. The layering of Day’s vocals complement one another to build up a final product, as her voice carries a sweet sense of clean, preppy purity, especially when higher notes are hit, boosting the breakthrough point in a song.

Conversely, this similarity hasn’t resulted in this album becoming an unoriginal piece of work; Day managed to create a gateway into her life through her lyrics, in which we’re able to break down the wall of ambiguity built up. Each song unravels itself, although some of her lyrics require more thought than a single listen through will allow, as, like most great literature, it’s not all straight forward. In comparison, the use of the instruments and how their placement within a song is euphonious yet simplistic as they’re all build up on basic chord progressions, but authenticated to her style.